Even though it is currently closed to the public and faces another year and a half of renovations, Villa Montezuma remains at the epicenter of Sherman Heights' renaissance. 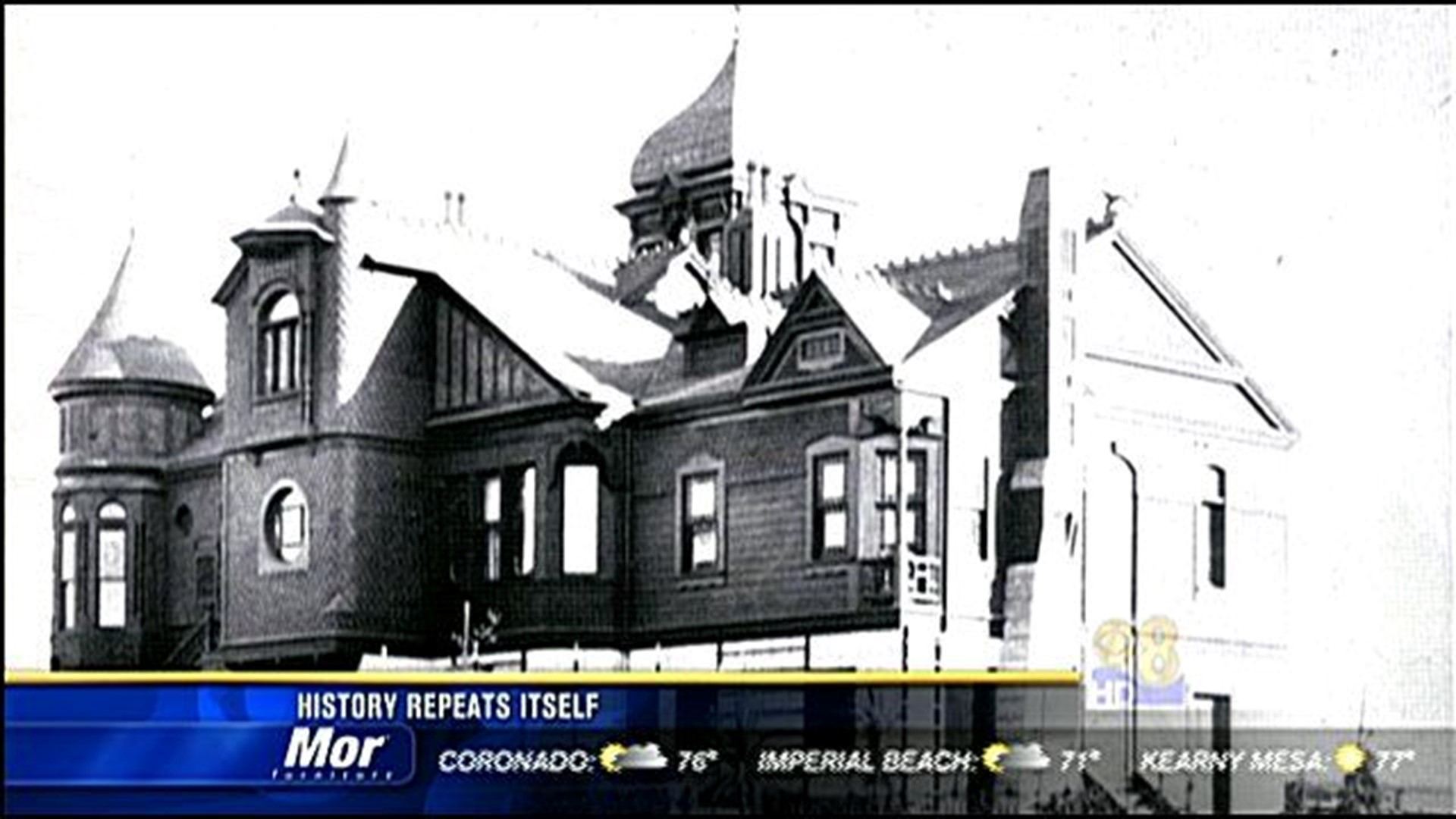 SAN DIEGO (CBS 8) - Even though it is currently closed to the public and faces another year and a half of renovations, Villa Montezuma remains at the epicenter of Sherman Heights' renaissance.

"The Villa Montezuma is an amazing place. It was built in 1887 for Jesse Shepherd, who was a famous spiritualist and pianist. This was designed to be a showplace to be seen by all.

"We have extraordinary windows in this place. He has his favorite composers, Beethoven and Mozart. He has his favorite painters, Raphael and Rubens, and he has the big window dedicated to poetry. We also have the four seasons represented here in the flowers," Louise Torio said.

It wasn't all that long ago that the future of this landmark was uncertain.

"In 1969, five friends got together. They pooled their resources, they each put in $5,000 and they bought the villa. Their idea was to turn it into a museum," Louise said.

Now the city has taken back stewardship of the building in hopes of restoring the villa's grandeur and in turn, revitalizing the neighborhood.

"We went from a neighborhood that was mostly renters to new folks who are owner-occupants, and that's where all the restoration is coming from," Louise said. "This is a lovely neighborhood to live, family-oriented."

And the locals invite you to come out and see for yourself.

"We do walking tours on the first and third Sundays at 1 p.m. of every month," Louise said.

And you'll start right here at the centerpiece of Sherman Heights.

"It's just too beautiful to keep hidden from the public," Louise said.

Like the neighborhood that surrounds it, the Villa Montezuma will soon relive its glory days.