During the Del Mar racing season, some of the fastest and most well-bred horses on the planet compete for big prize money. But what about horses like Mikey, who aren't so fleet of foot? 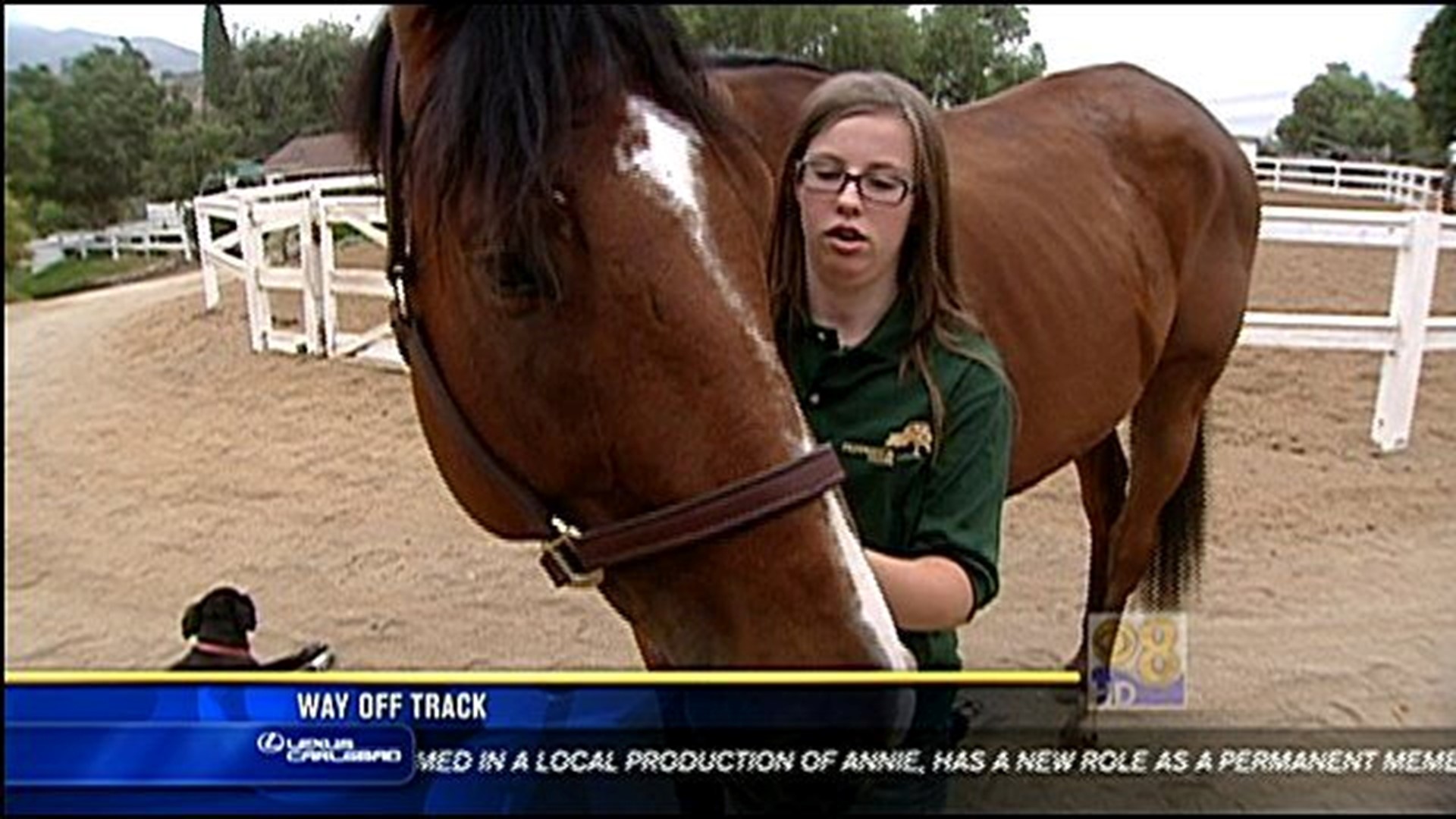 SAN DIEGO (CBS 8) - During the Del Mar racing season, some of the fastest and most well-bred horses on the planet compete for big prize money. But what about horses like Mikey, who aren't so fleet of foot?

"He was too slow to race, so he was only trained for racing for part of his life," Haley Sweeting said.

Now Mikey is in the capable hands of 14-year-old El Cajon resident Haley Sweeting, thanks to Training Racehorses Off The Track, or TROTT, a nonprofit organization that retrains and rehabilitates retired racehorses.

"Sometimes if they are in the wrong hands of trainers, race trainers or owners, they can go to slaughter. Luckily he was one of the lucky ones," Haley said.

Now Mikey is spending his days at Pepper Rock Ranch on Old Campo Road in loving care of Haley.

Mikey and Haley are planning their future together.

"In four years I'm actually training him to be in the mounted police. It's kind of a volunteer thing, but yeah, we're going to do that," she said.

"Thoroughbreds, the really great benefit of them is they can be turned into anything. They're just a very versatile breed, and they are so lovable."

Meanwhile, TROTT USA is planning a Del Mar charity fundraiser at the San Diego Polo Club on August 26 so they can foster more feel-good stories like Mikey and Haley's.

"He's a great horse and I love him to pieces. I couldn't be with any better of a horse and couldn't picture my life without him now," she said.

Rescued from an uncertain fate, the racehorse that could find the winner's circle has found his family and future.