The school planned for a socially-distanced in-person graduation but the county put a stop to the event. 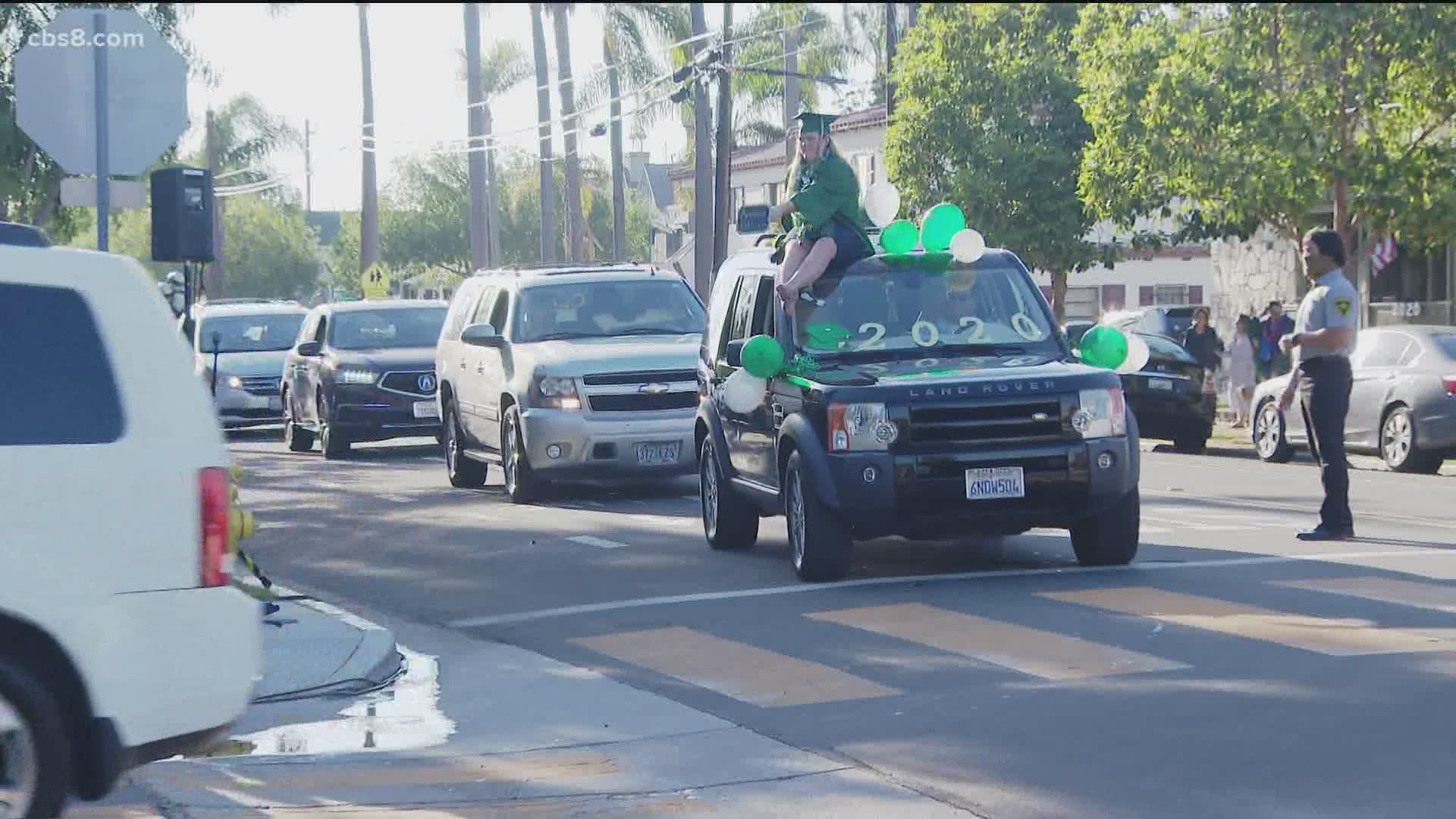 “It feels like a rite of passage,” said CHS senior, Connor Voorhis.

The drive-by style graduation was not planned, but last-minute plans for an in-person graduation on the football field were canceled.

When Dr. Wooten got word of this in-person event on campus she ordered a cease and desist. Staff and administration scrambled to plan a drive-by graduation and planted senior photos of each student on the front lawn.

“Really was hoping we had the in-person a graduation plan, hoping that was still going to be a thing. Administration did amazing to figure out how we could still have something,” said Voorhis.

His full message to students posted to the school’s website said they were going to adhere to published health guidelines and he did not agree with the rationale from the county but had no choice to abide by it.

“They are making the best of what they can,” said senior Paige Karnas.

The graduation is a day short of when school activities on campus would be allowed, but on Tuesday, Dr. Wooten said in-person graduation events still are not allowed. However, drive-by, drive-in, and parades are allowed following health guidelines.

“They've already missed out on so much of their senior year, everything else going on I know it's not that big of a deal, but I know these kids have worked so hard,” said Jennifer Voorhis.

While teachers were on the sidelines cheering for the grads, parents were also coming up with last-minute plans.

“We went to Michael's and Party City this morning, washed the food cart and decorated,” said Zoe Hunt’s mother.

Graduates said no matter the celebration there were grateful to celebrate this milestone with their peers.