The former student alleges that a teacher sexually abused him in the 1990's. 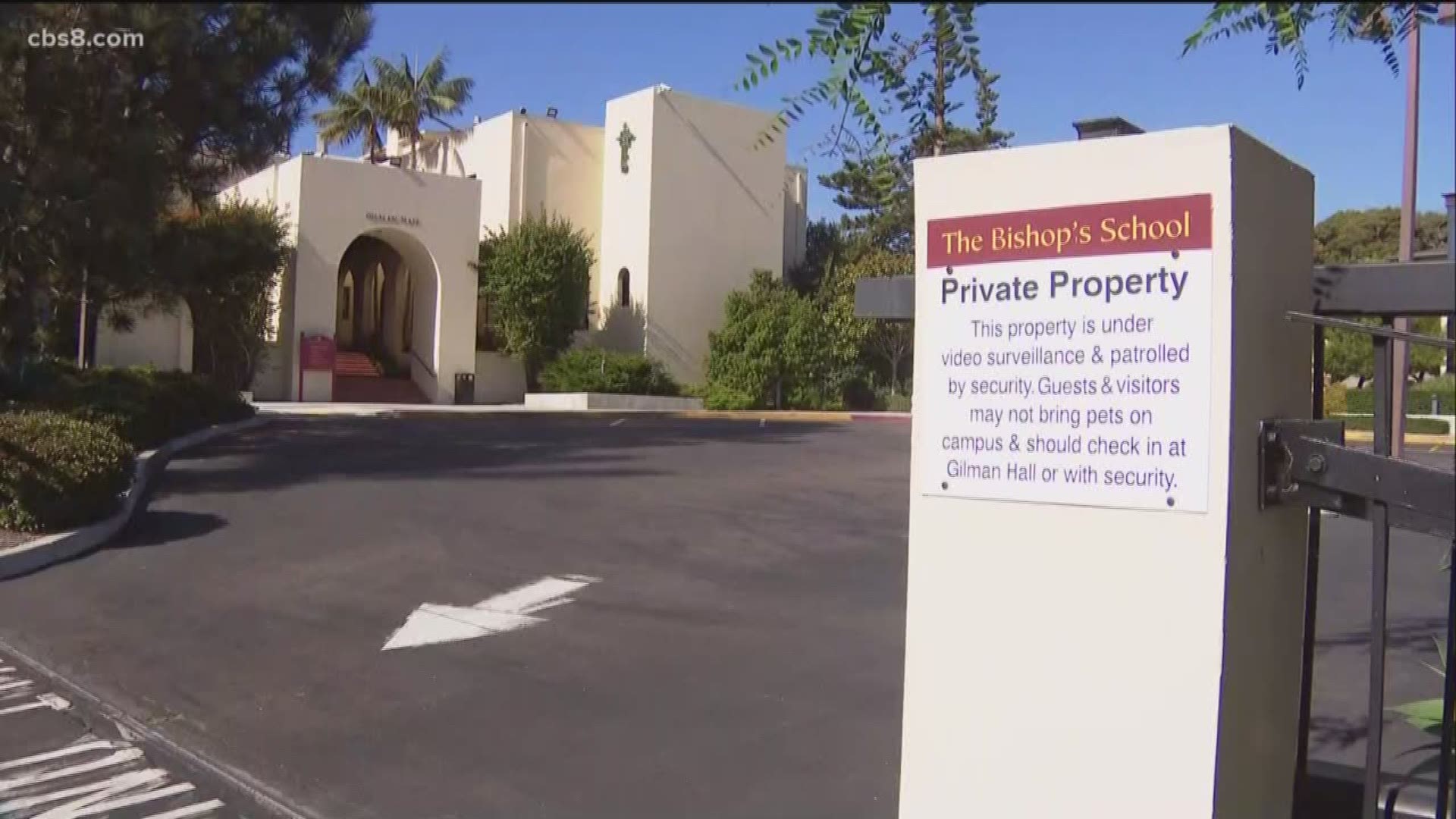 Attorneys representing a former student at the private Bishop’s School in La Jolla announced on Tuesday that they intend to sue the school and the Episcopal Diocese of San Diego for sexual abuse.

“I have chosen to keep my name private as is the right of every victim of child sexual assault in California,” said the alleged victim in a statement. “My message to other victims of abuse at the Bishop’s School is -- contact law enforcement. Hold your abuser accountable. Protect other children. Your privacy will be respected, and you will be believed.”

The lawsuit alleges that the unnamed, male student was repeatedly sexually molested and harassed by a computer sciences teacher starting around 1994. The lawsuit alleges that the abuse began when the student was 16 years old and the teacher was 32 years old.  The abuse allegedly continued for more than two years, including after the student graduated from the religious high school.

The lawsuit describes acts such as hand-holding, flirting, touching, fondling, oral sex and sexual intercourse. According to the lawsuit, these alleged acts took place at various locations across San Diego, including on the Bishop’s School campus, at the accused teacher’s house, at a hotel, at a restaurant and at a park.

According to the lawsuit, the sexual abuse also took place in a locked computer lab.  The lawsuit also alleges that during one of these supposed encounters, the teacher called the student by the name of another male student.

The student, who is now in his early 40’s, supposedly starting attending therapy last year to process this alleged abuse. The attorneys filed this lawsuit on August 28th of this year.

"We are not aware of a lawsuit being filed against the School. The Bishop’s School is fully committed to the safety and well-being of all students past and present. Out of respect for the privacy of our community, it is not the School’s practice to share specific information about our students, alumni, parents, staff or faculty."