According to a local political professor, voters sent messages that can't be ignored. 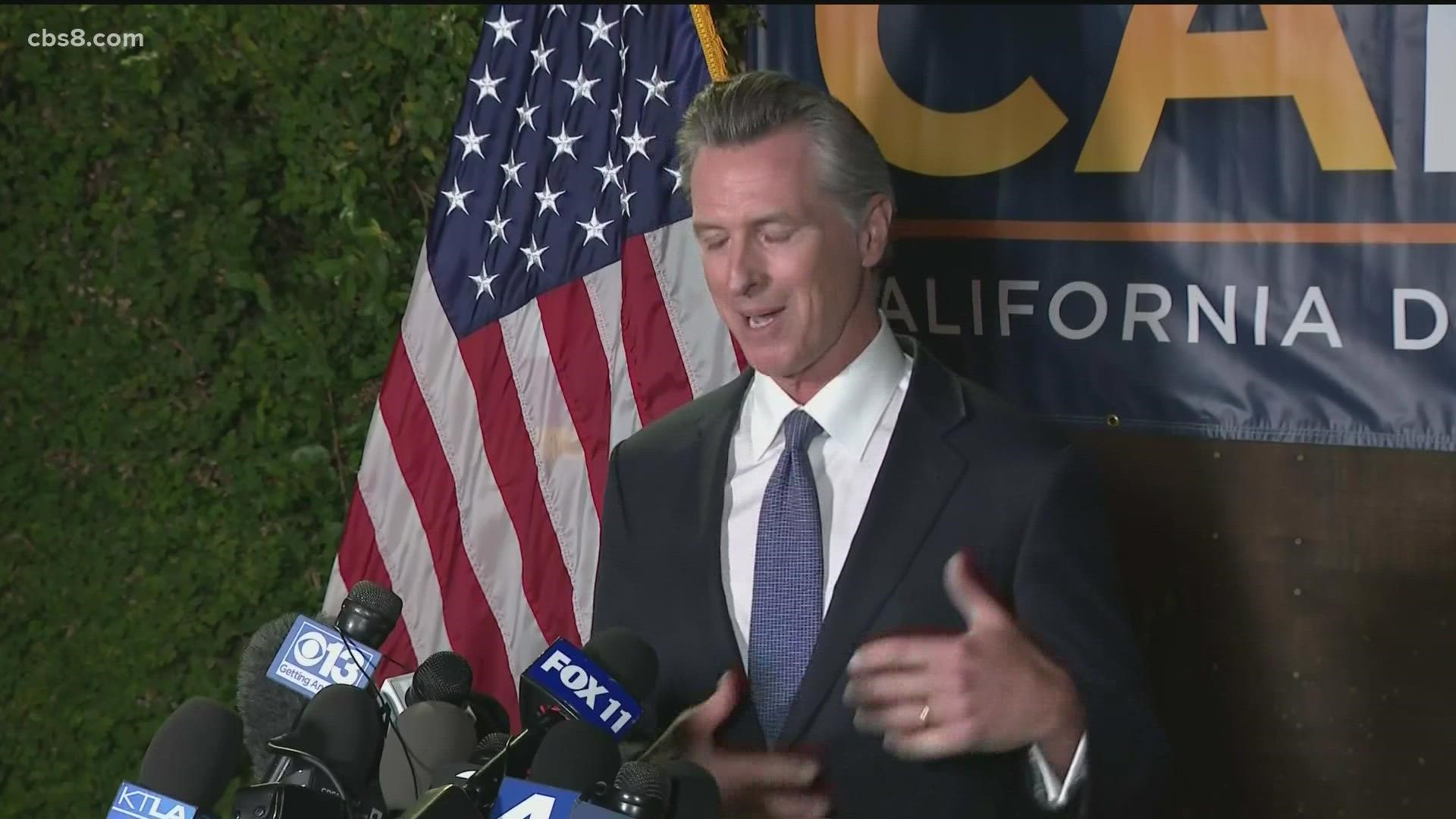 SAN DIEGO COUNTY, Calif. — With Governor Gavin Newsom easily holding on to his job in Tuesday’s recall election, the Republicans hoping to replace him are forced to take a closer look at their campaigns and chances in the future.

According to a local political professor, voters sent messages that can't be ignored.

“Larry Elder is really now the leader of the Republican party in California and is the presumptive front-runner in the 2022 primary,” said Thad Kousser, a Political Science professor at U-C San Diego.

Elder outpaced his nearest Republican challenger in Tuesday's recall race by better than a 5 to 1 margin, making him the party's clear top candidate heading into next year's race for governor.

“He can appeal to the Republican base far more than a John Cox or Kevin Faulconer can,” Kousser said. “He brings that Donald Trump-like persona. He shoots from the hip. He has strong positions that rally that base.”

But Kousser says you shouldn’t be fooled by Elder capturing 47% of the vote because many Democrats who voted on the recall question did not vote for a replacement candidate.

“So many voters - 4 million - nearly half the votes, sat out that replacement contest. So that strong showing by Larry Elder is really among Republican voters.”

Among Republicans, Kevin Faulconer finished a distant second to Elder. Even in his home county, the former Mayor of San Diego lost by almost a 3 to 1 margin.

“I think Kevin Faulconer didn't do anything to hurt himself in the race. Didn't have a scandal. Didn't have any major missteps. He just didn't excite the Republican base.”

Kousser thinks Faulconer is not the type of candidate the state's Republican base is looking for and probably should pivot to another office.

“I think running in a very competitive, or Republican-leaning Congressional district, that gives Kevin Faulconer a lot more hope of a political future," said Kousser. "Trying to run through a Republican primary and then capture the governorship in this very blue state.”

Elder definitely hinted Tuesday night that he plans to run for governor again in 2022. As we’ve seen several times in politics, things can change in a hurry, but after Tuesday's vote, political experts say Newsom seems tough to beat.