Two of the three victims were identified as Julie Davis, who was 65-years-old, and Anne Clave, who was 35-years-old. 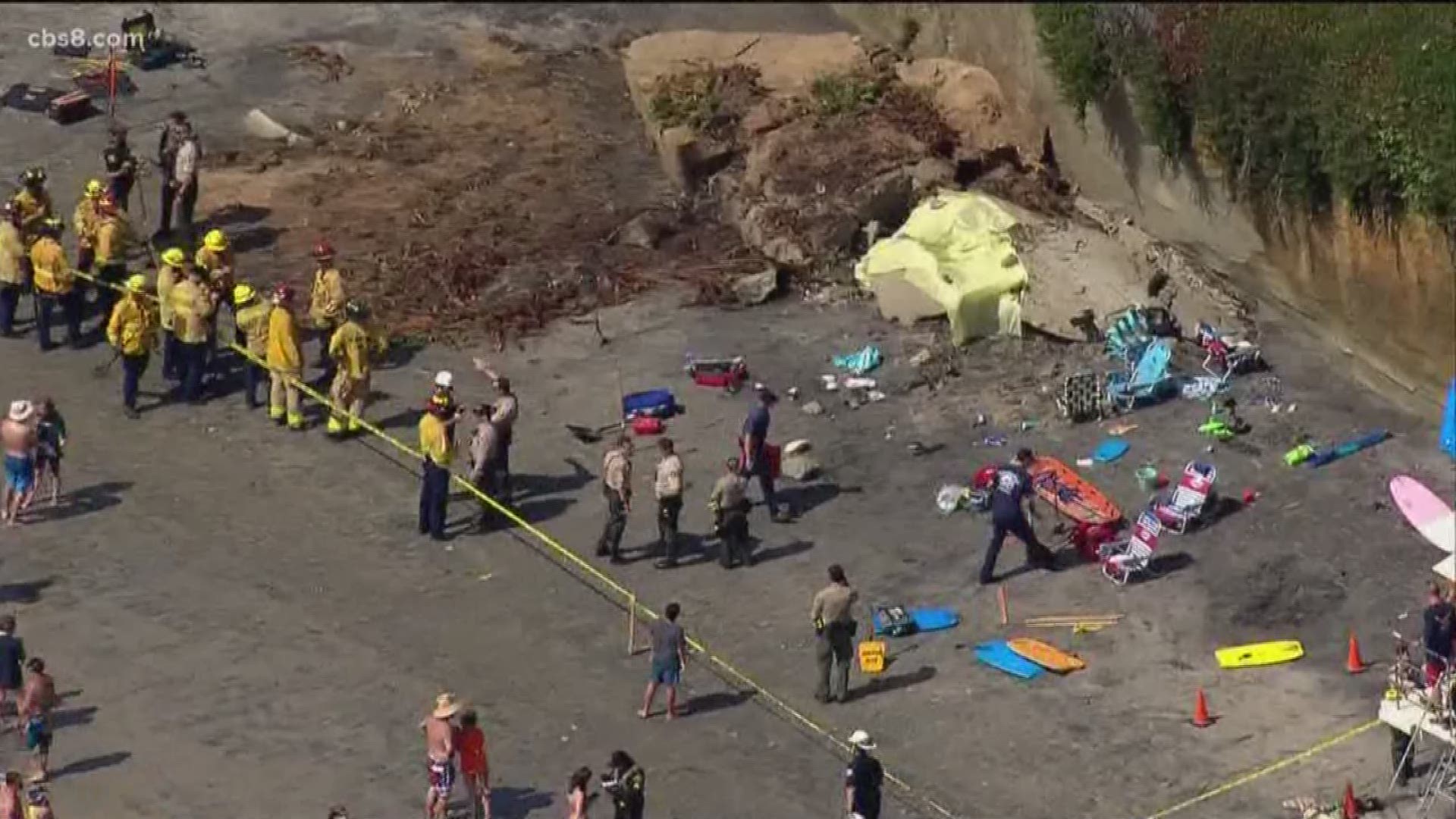 ENCINITAS, Calif. — Grandview Beach access was reopened Saturday morning with the affected area remaining cordoned off and additional signage has been posted.

Three beach-goers were killed Friday and another two were injured when a sea bluff collapsed onto them on a stretch of ocean shoreline in Leucadia, Encinitas.

Experts in geology will continue assessing the coastline for any potential collapse threats. Geotech soil engineers said Friday's failure was an isolated incident, and unrelated to the recent earthquakes in Southern California.

The failure isn't affecting structures at the top of the cliffs, Lifeguard Capt. Larry Giles said.

The beach was reopened to the public Saturday, with signs posted to the north and south of the cliff collapse asking the public to keep out of the "active area," Giles said.

Officials estimate that about 30-foot section of the bluff collapsed. Two other people suffered minor injuries.