SDPD said it will work with the San Diego Sheriff’s Department to ensure compliance of laws. 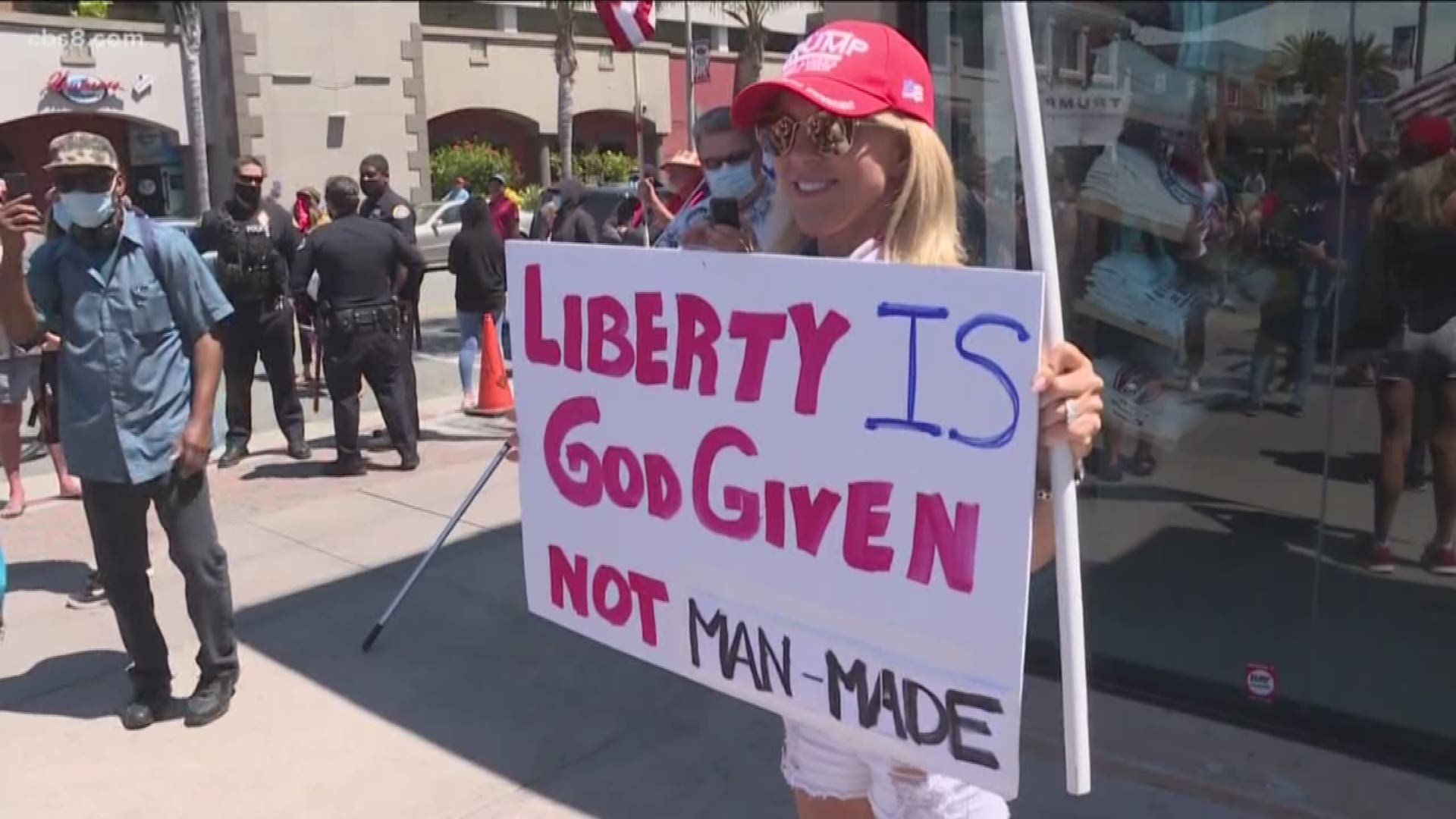 WASHINGTON, D.C., USA — A growing number of protests are being staged across the U.S. to oppose stay-at-home orders amid the coronavirus pandemic, including one planned this weekend in San Diego.

In places like Oklahoma, Texas and Virginia, small-government groups, supporters of President Donald Trump, anti-vaccine advocates and others have united behind a deep suspicion of efforts to shut down daily life to slow the spread of the coronavirus.

As their frustration grows, they’ve started to openly defy the social distancing rules to put pressure on governors to ease them.

In San Diego, a rally is scheduled to take place Saturday afternoon in front of the Hall of Justice to put pressure on the government to open things back up.

Encinitas resident Crista Curtis just wants to get together with friends and think it’s time.

“Continuing to close down the only freedom and outlets that we have is just making people more angry [sic]. It’s making them push back,” she said.

Curtis organized her own event on social media for Sunday. She said she already has a number of people saying they’ll join.

“I had no idea the response I would get. Everybody has had it,” she said.

The County of San Diego has stated it is not the government trying to show its might. The state and especially San Diego County have been successful in flattening the curve because of measures taken.

“If you are worried, then please, stay at home. The rest of us, let us go out on our walk,” said Curtis.

San Diego County officials acknowledge how difficult it is, but they stand by the stay at home order and ask residents to hang in there.

The San Diego Police Department said it is aware of the rally taking place this weekend and hope organizers understand the county health order is in effect.

The department said it will work with the San Diego Sheriff’s Department to ensure compliance of laws.

President Donald Trump on Friday urged his supporters to “LIBERATE” three states led by Democratic governors, in effect encouraging protests against the stay-at-home restrictions to fight the spread of the coronavirus.

The president tweeted Friday with the kind of rhetoric some of his supporters have used to demand the lifting of the orders that have thrown millions of Americans out of work. Some states under Republican leadership are edging toward easing up the mandates, though governors of both parties are suggesting they will be cautious.

They're also asking Washington to help them expand testing.

The United States is struggling to test enough people for the novel coronavirus so officials can track and control the spread of the disease.

That's a crucial first step to reopening parts of the economy, as President Donald Trump is pushing to do by May 1.

Trump's plan hinges on a downward trajectory of positive tests. It's been more than a month since he said "anybody who wants a test, can get a test.” Today, the reality on the ground is much different.