'Liberty': A symbol of hope, unity and diversity in San Diego

After being commissioned by Trust Me Vodka to create the mural, Golik said it took her and the team over three weeks to complete. 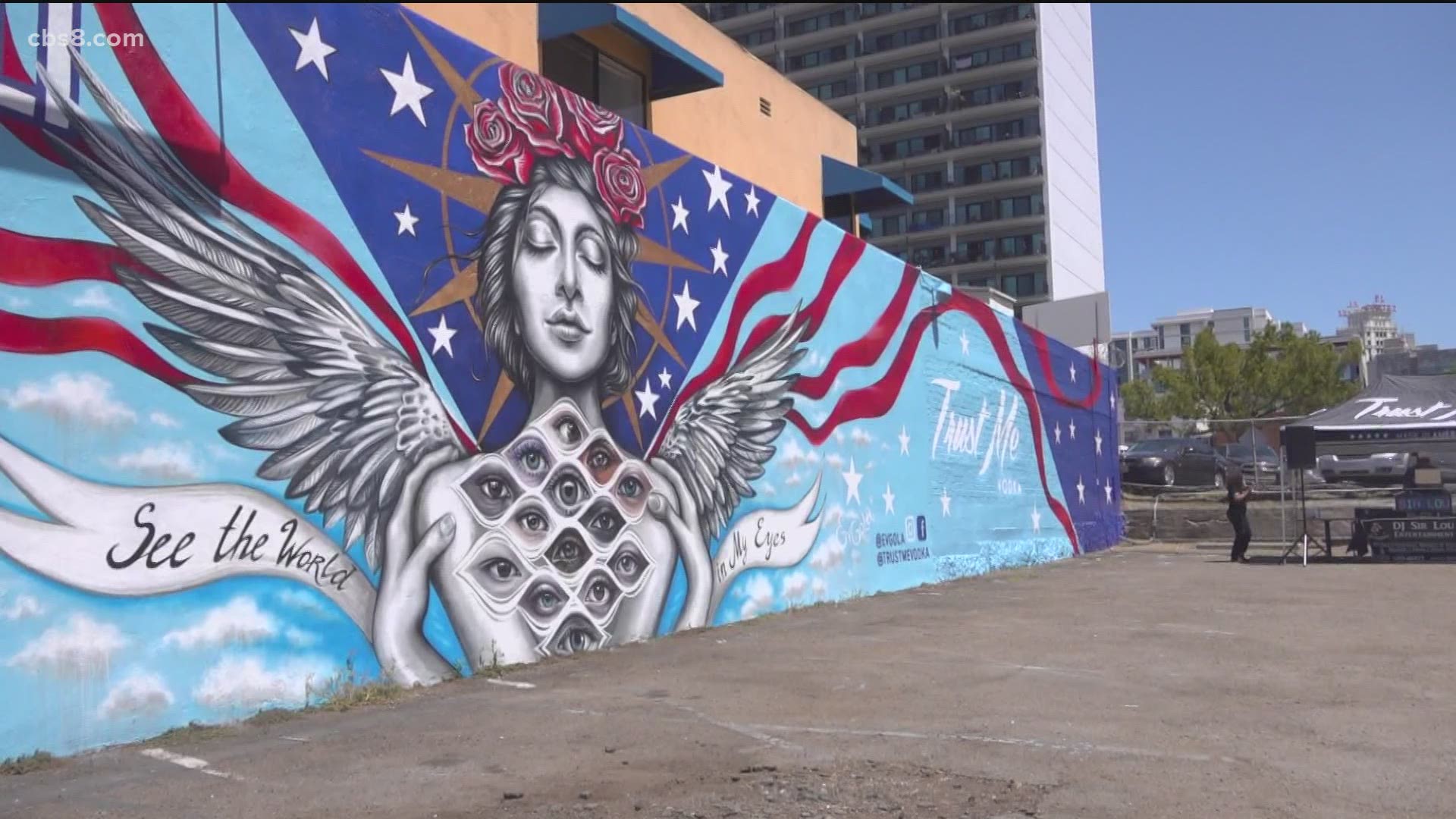 SAN DIEGO — The Mural of Hope was unveiled Sunday afternoon in downtown San Diego at Mixon Liquor and Deli, which has been a staple in the community since the 1930s. The mural’s creator said the piece is a symbol of humanity coming together which she believes the world needs a lot of right now.

"Liberty" is the mural's name and Russian-born, pop-surrealist and artist Evgeniya Golik originally created the painting in 2017 to show the diversity of San Diego and around the nation.

“It’s a symbol of the country itself. It’s like a mother figure. That she embraces all these people represented in the eyes, in this case. So they all have different colors and different skin tones. It doesn’t [matter] the age, race, no matter your background, you’re loved,” Golik said.

After being commissioned by Trust Me Vodka to create the mural, Golik said it took her and the team over three weeks to complete. She said she realized that painting the mural at Mixon Liquor & Deli would impact more people and take on a new meaning.

“We really need this message of unity now because there’s been so much arguing and hate. It honestly breaks my heart, so I feel very honored and proud of this project,” Golik said.

Mixon Liquor is in the heart of downtown San Diego on First Avenue and the mural can be seen by thousands of people in the area. The mural concept is also a part of the Trust Me Vodka brand, serving as its packaging label for a special edition.

“I’m grateful to Trust Me Vodka to discover me and trust me with this and I think out of all my paintings that I’ve ever done, this is the one I wanted to be mural,” Golik said.

Trust Me Vodka had “Gold Flake” Collector Boxes also featured in the Everyone Wins gift bags given to Oscar nominees.

Ten percent of the proceeds from Trust Me Vodka sales Sunday will also be donated to the San Diego Foundation for Arts and Culture.