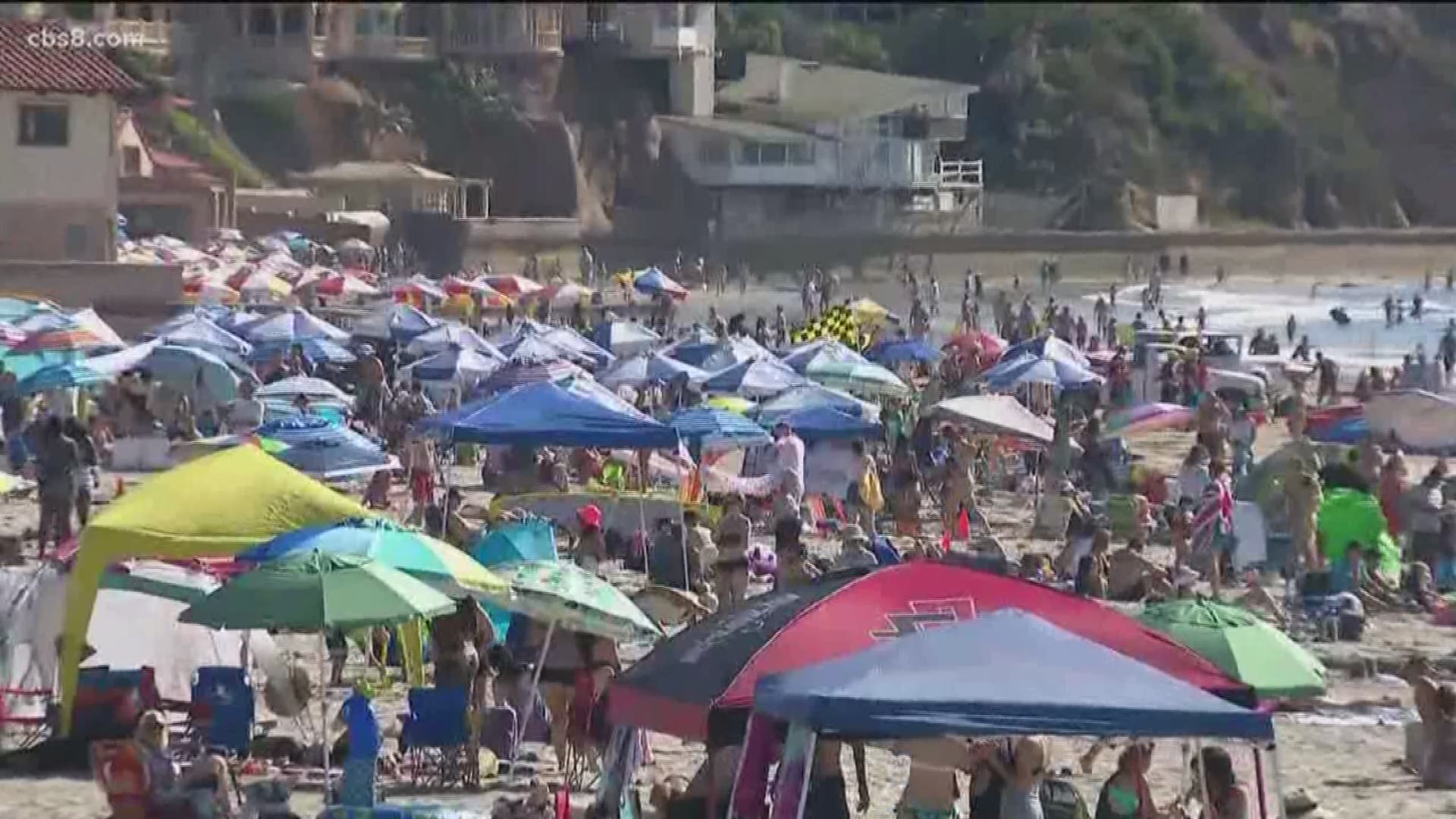 On Saturday, there were an estimated 125,000 beachgoers along the San Diego coast, according to Lt. Andy Lerum of Lifeguard Services.

Some were having a final summer beach day as many local students will head back to school this week.