One man saw a big wave go over his twin brother. "I couldn't find him," he said. 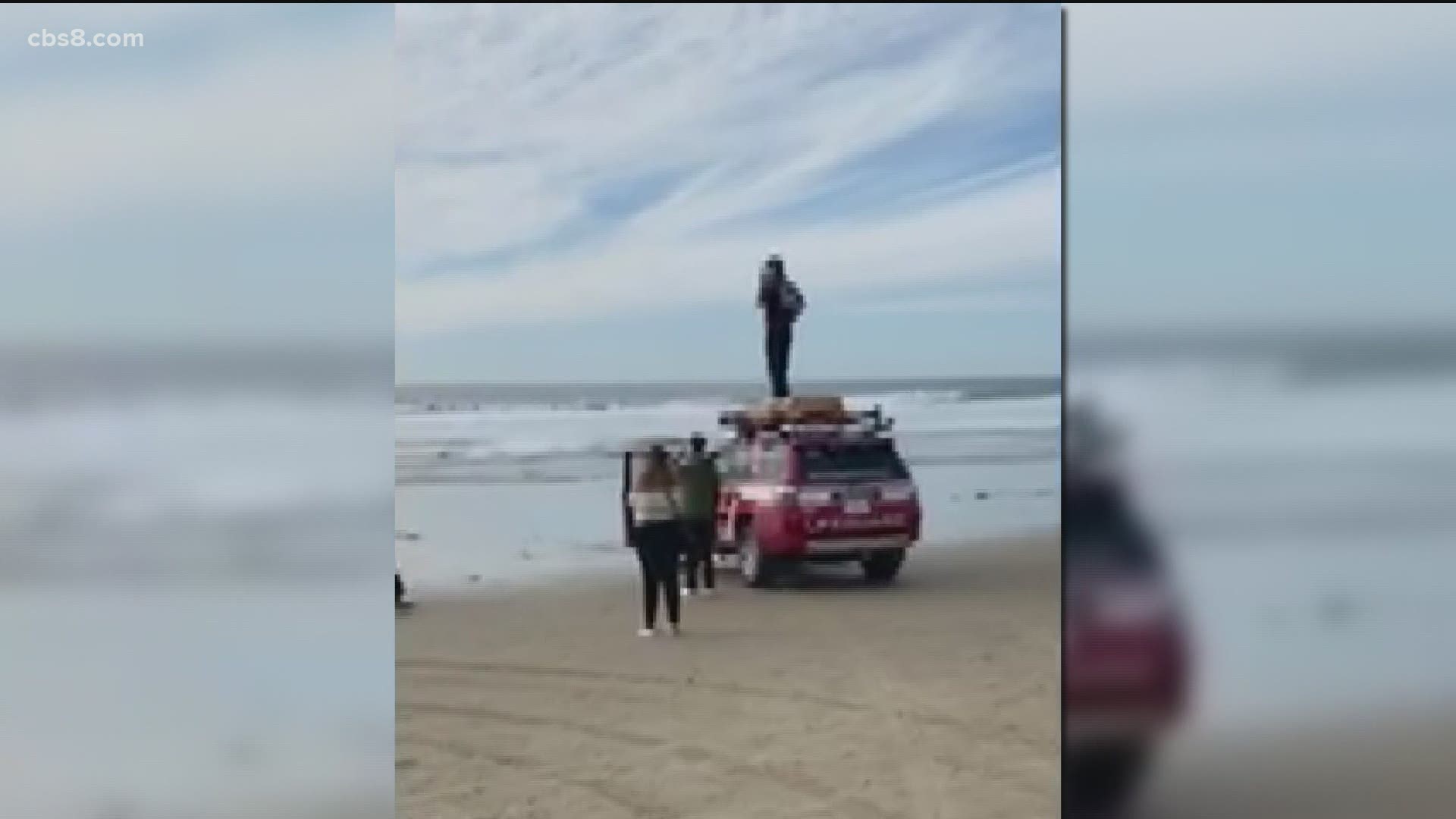 SAN DIEGO — A Georgian man has been hospitalized in San Diego since January 10 after nearly drowning at Mission Beach. Now some in community are stepping up to help him and his family as he starts his difficult road to recovery.

Ethan Burns is being described as a good guy who loves to play guitar, but now he’s at UCSD’s hospital fighting to get his life back and to get back home.

Twenty year-old Hayden Burns said his twin brother, Ethan, was visiting from Georgia when they decided to enjoy the water at Mission Beach. He said they were standing on a sandbar when the 10-feet waves hit. Hayden said he tried to stay above the wave and was eventually pushed back towards the shore.

“I stood up on the sand bar and I said we can stand, and I looked back to where Ethan was, and I couldn’t find him,” Hayden said.

Ethan went under water and with dozens of people on the beach that day, a rescue team was there to help.

“These lifeguards were amazing. They worked. They didn’t stop doing resuscitation efforts on him,” said Cathy Colclasure.

Colclasure said she witnessed the rescue and prayed with Hayden that day. She says she stayed in touch with the family on Facebook. Ethan’s mother came in from Georgia and is still in San Diego, patiently waiting as Ethan slowly recovers.

“He’s not conscious. He will open his eyes, he will. But he doesn’t really acknowledge anything or respond to anybody or anything yet,” said April Burns, Ethan’s mother.

Hayden, who’s in the Navy, said he didn’t think he’d survive that day at the beach. But he did survive, and he believes his twin brother will too.

“We do have a very strong connection that only twins will understand," said Hayden. "I have had the feeling since I was in the water with him that he was going to be alright.”

Ethan’s mother says she thinks he can be released hospital sometime next week, but they’re trying to raise money to get him flown back to Georgia, which will cost thousands of dollars.

They’ve started a GoFundMe page and if you’d like to help this family.