The company cited declining ridership, a lack of clear regulations and the city's boardwalk ban on scooters as contributing factors for pulling the scooters. 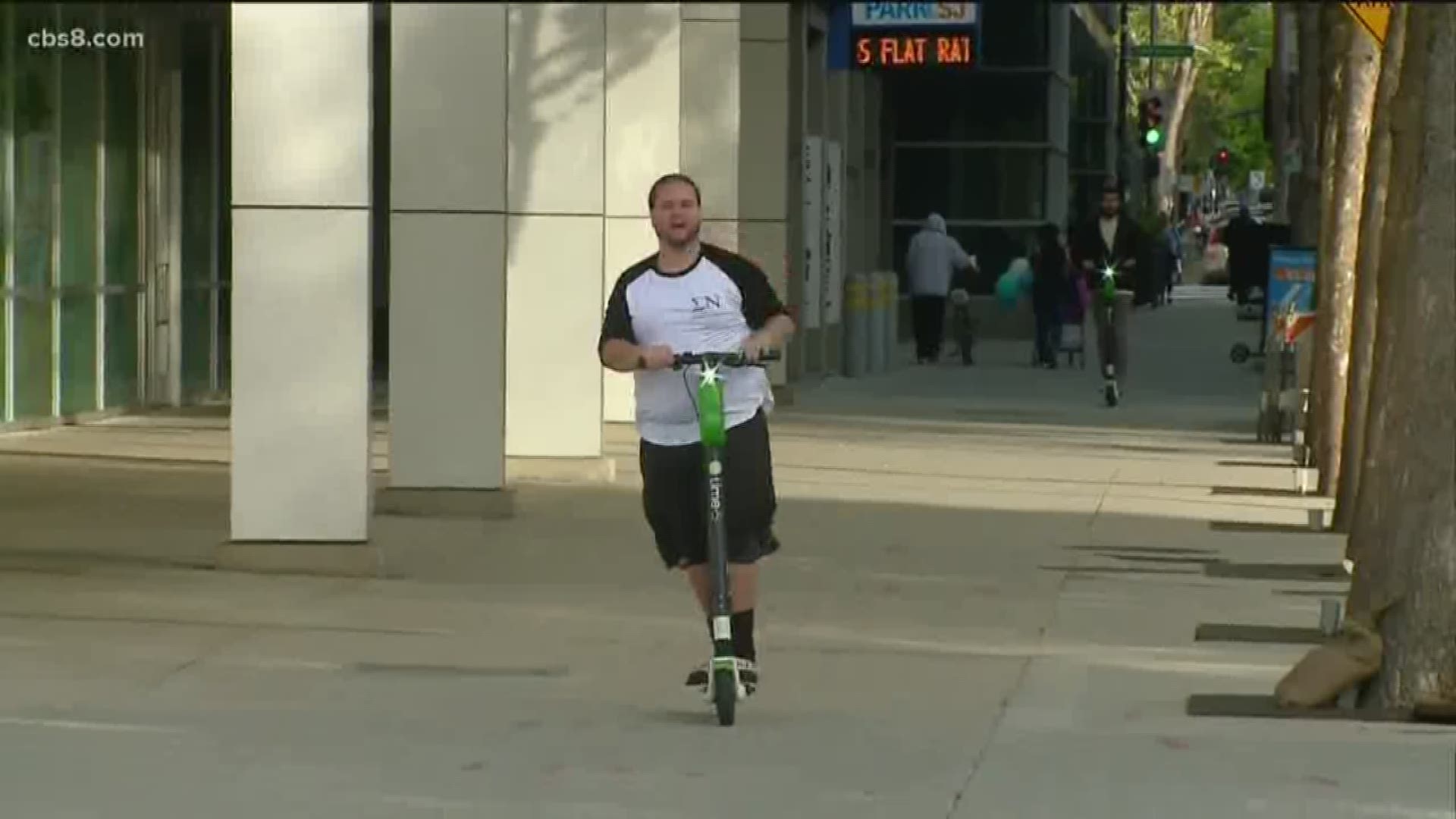 The company cited declining ridership, a lack of clear regulations and the city's recent ban on e-bikes and scooters on boardwalks as contributing factors for pulling the scooters from San Diego.

"As part of our path to profitability, Lime has made the difficult decision to exit San Diego and focus our resources on markets that allow us to meet our ambitious goals for 2020," a Lime statement read. "We're grateful to our team members, riders, Juicers and communities who supported us throughout this journey. We appreciate the partnership we've enjoyed with San Diego and remain hopeful we can reintroduce Lime back into the community when the time is right."

Lime said that despite San Diego being one of the first cities to welcome dockless scooters, the city's regulatory framework was not developed until recently and has led to uncertainty regarding the rules for impounding scooters. The company said ridership declined under the new regulations.

One boardwalk business in Mission Beach, Hamel's surf and rental shop is welcoming the ban.

"These things they litter the streets there were piles and piles of them in front of our business all over the boardwalk," said Hamel's manager Skylar McManus.

In addition, city leaders unsuccessfully sought to revoke Lime's operating permit last year based on an apparent violation of compliance with "geofencing speed and operating restrictions." The company said it was denied information from the city regarding how it had allegedly violated city ordinances.

City Councilman Scott Sherman, who voted against the ban, issued a statement Thursday reproaching the ban, which he said forced Lime out of the city.

"This decision not only tarnishes San Diego's reputation as an innovation hub for startups and new technologies, the decision will also make it much more difficult for the city to reach its ambitious Climate Action Plan goals," Sherman said. "Those who speak warmly of innovation while at the same time knee-capping innovative startups are being hypocritical. San Diego leaders need to decide once and for all if we want to be a cutting-edge innovative city that embraces technology or a city that merely tries to ban the future."

Councilwoman and mayoral candidate Barbara Bry who spearheaded the ban responded, "Today, Lime announced that it’s pulling out of 12 cities to pursue “profitability.”  Lime is leaving San Diego because their business model is not sustainable-- not because of a pending beach boardwalk ban.  Santa Monica bans scooters on its boardwalk, a city in which Lime operates.  Santa Monica did what San Diego should have done-- issue a request for proposal and then limit the number of scooters.  The Mayor, not the City Council, has the authority to issue the RFP, and I again call on Mayor Faulconer to do this."

A Chula Vista spokesperson offered the following statement on the announcement:

“Lime notified the City of Chula Vista in mid-December that operations would be suspended. The company said they are hopeful they will come back to the San Diego region. Because the City of San Diego was the main hub for Lime operations, this decision affects operations in Chula Vista. While this is unfortunate, the City is hopeful that Lime and other micromobility providers will establish operations in the City to provide another option for the traveling public”

"We respect Lime’s business decision, and remain committed to supporting this emerging industry as a low-cost, environmentally-friendly transportation option. San Diego’s top priority is public safety, and in order for this industry to succeed doing business on our streets, compliance with regulations that hold operators accountable and prioritizes rider safety will always come first. We continue to work directly with operators like Lime to modify regulations so that these priorities can co-exist responsibly."

According to the city, there are four remaining permitted shared mobility device (SMD) companies operating in San Diego: Bird, Lyft, Spin and Wheels. The SMD operators that have ceased operations within the City of San Diego are SKIP, Jump and Lime. The city noted that all active permits will expire on Jan. 31, 2020 and the application period for new permits is currently open.