Joe Musgrove pitched a no-hitter which no other Padres pitcher has done before. 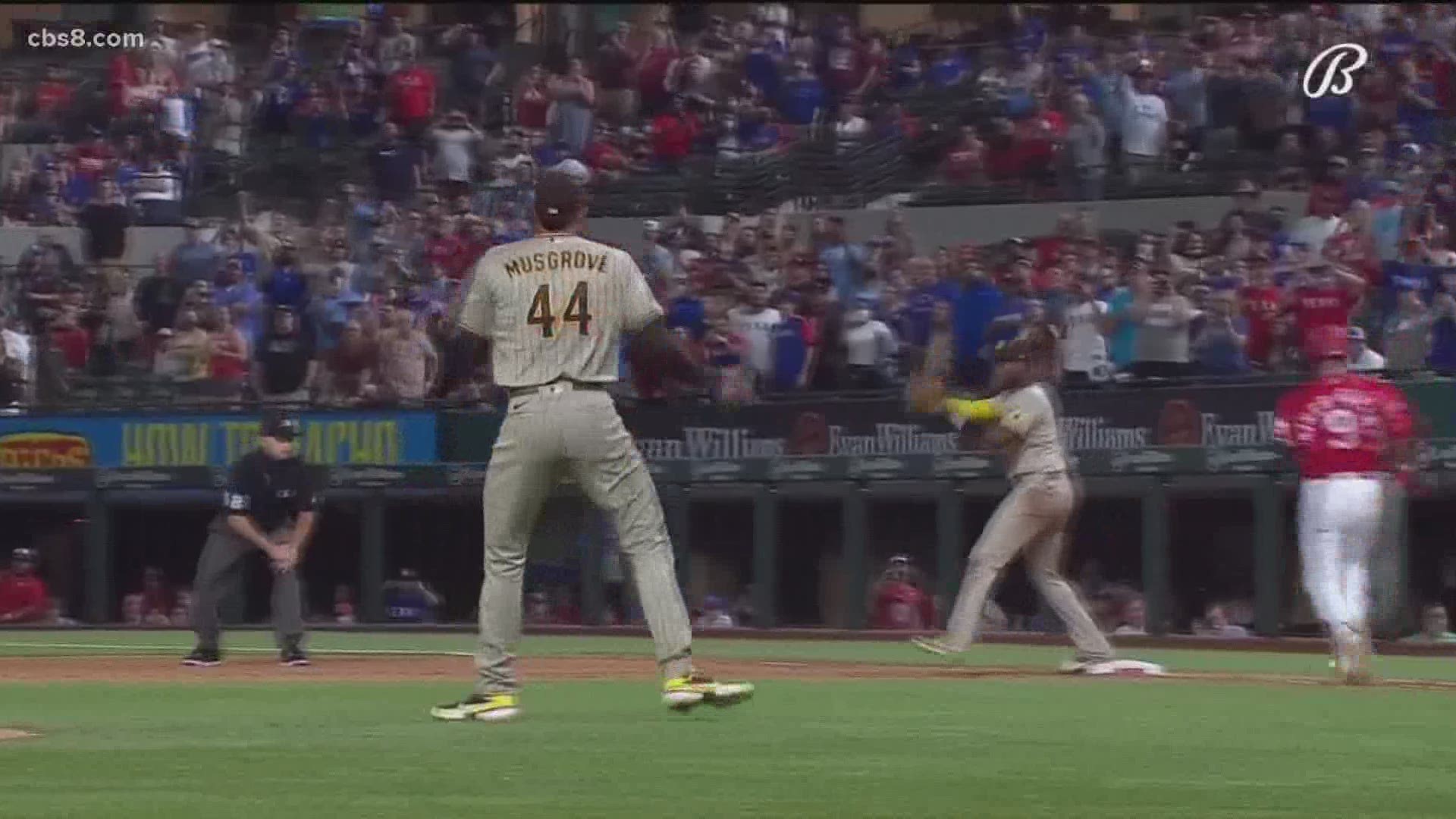 SAN DIEGO — A player from San Diego pitched a no-hitter for the Padres Friday night and fans, including aspiring baseball players, are celebrating the history-making win.

Joe Musgrove pitched the no-hitter which no other pitcher has done before.

Young baseball players and their coaches said they’re inspired by Joe Musgrove because he's from the area and what he did has given new energy to the game.

Joe Musgrove made Padres history when he pitched a no-hitter against the Texas Rangers and later won the game 3-0.

“I’ve been a Padres fan. I went to the ’84 World Series so for something like that to happen for San Diego is huge. For it to be Joe Musgrove, a San Diego guy, who wears #44 because Jake Peavy is his guy, that makes it even better,” said Todd Clark, a Little League baseball coach.

Musgrove attended Grossmont High School in El Cajon about 10 years ago. His former baseball coach said he continues to give back to the school and visits campus.

The Padres were the only active team in Major League Baseball to be without a no-hitter until Musgrove changed all of that. Little league baseball players are buzzing about his major accomplishment.

“I would say Joe Musgrove inspired me. I think it was kind of the whole Padres team that inspired me because I was just really into the Padres since it was our home team,” said Elijah Garcia, a Little League baseball player in San Diego.

The Padres are still chasing their first World Series championship win but some of their little league fans said they are keeping their fingers crossed for them this season.

“If I were to see him, I would give him some more good luck and then I hope he does this every time,” said Anthony Mercado, who's also a Little League Baseball player.

The Padres will play the Rangers again this weekend and Musgrove will face his former team, the Pittsburgh Pirates, on Monday.