Arson investigators are looking into the cause of the deadly fire 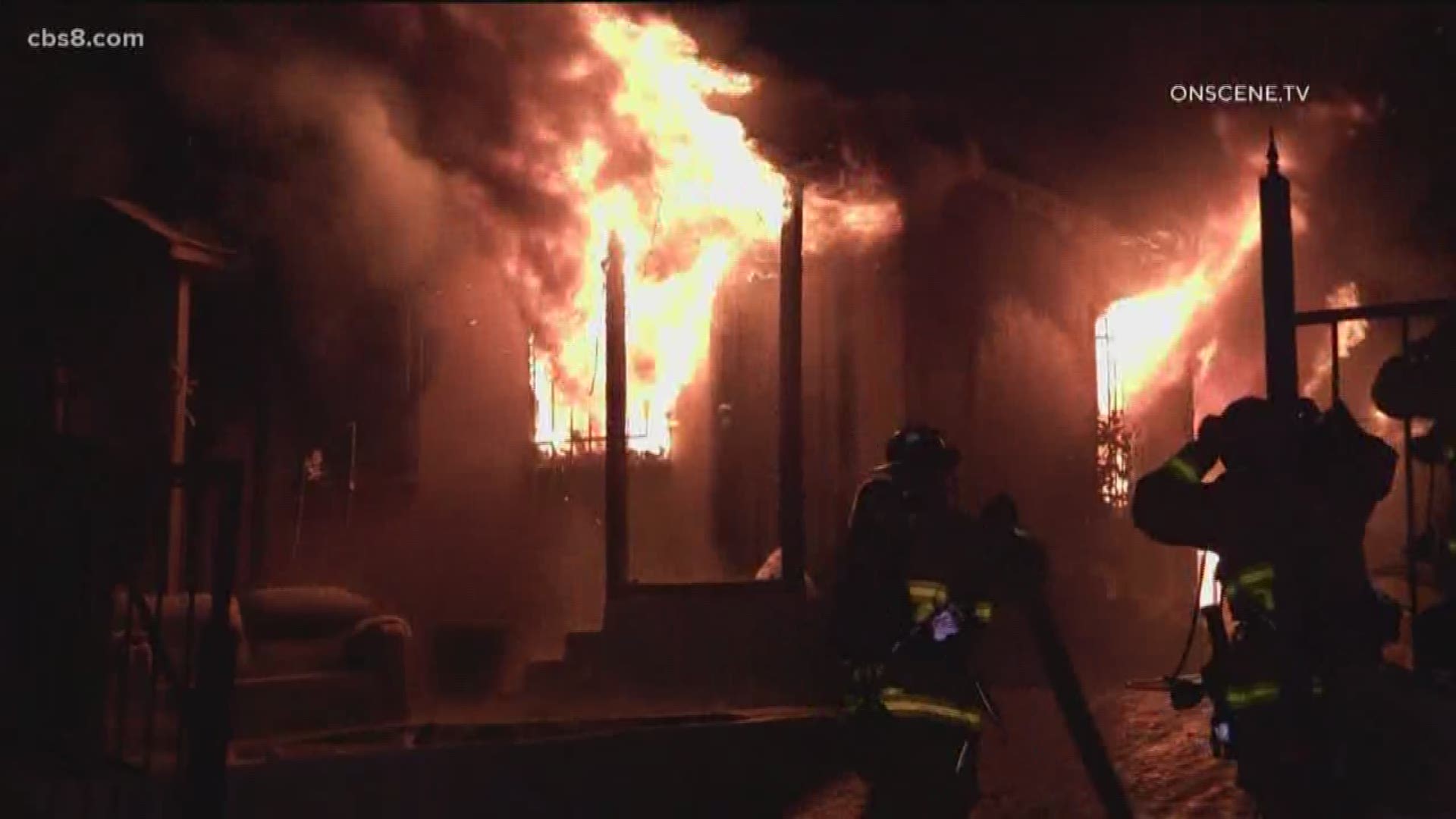 One person died and several were injured Sunday following a house fire in Logan Heights.

A fire at a home in the 3100 block of Clay Avenue with people trapped inside was reported at 4:24 a.m.

Firefighters were up against intense flames and heavy smoke when they got to the scene, according to SDFD.

Jose Arriento and a neighbor broke down the front door to the home trying to save the people trapped inside. Arriento said a woman was outside screaming for help and saying her mother, father and brother were inside.

"We took the door off and took one of the people out. It was hot, but the girl wanted to go back in," said Arriento whose statements were translated by News 8 from Spanish. "I caught her and brought her with me to the middle of the street as the firefighters arrived. I couldn't do anything else. The fire was tall and there was a lot of smoke."

Firefighters pulled several people out of the house.

One of the victims was pronounced dead at the scene and at least three others - including a teenage boy - were transported to UC San Diego Burn Center.

Horacio Orona watched the fire from next door and said a family lived in the home. He said it was the mother who was killed.

The Metro Arson Strike Team was investigating the cause of the fire.

One person was detained at the scene but police said they were not arrested.

Investigators will also look into whether bars on the windows blocked the family's escape.

Editor's note: It was originally reported that five injured people were transported from the scene. That number has been updated to at least three, per SDFD's official incident page.