"Here I am, I feel as healthy as can be. I was planning on running a 5k and I think I went mountain biking the day I got my diagnoses, Gonzalez shared. 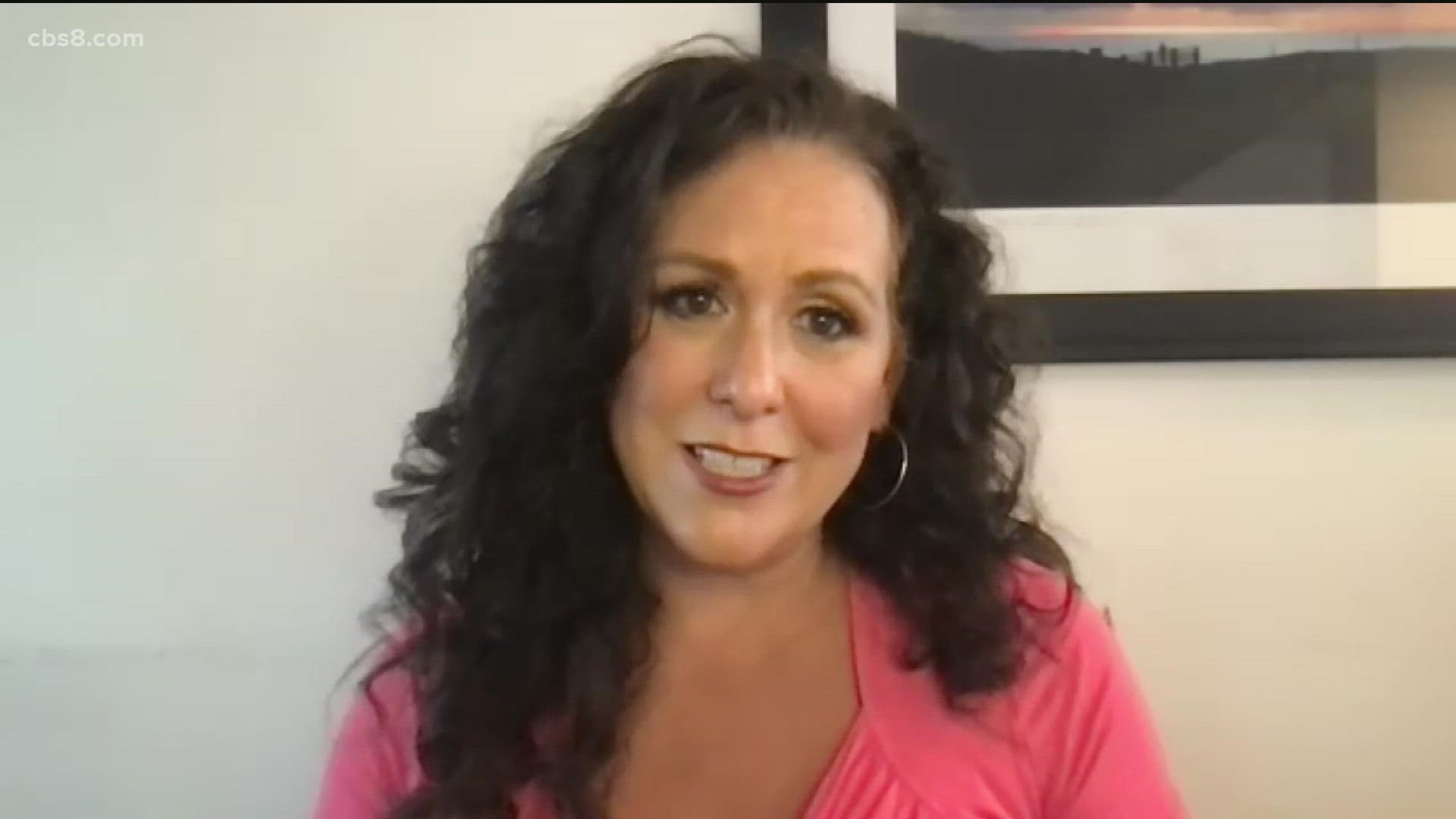 SAN DIEGO — They say breast cancer doesn't discriminate, and no one knows that better than California Assemblywoman Lorena Gonzalez. The state representative for Chula Vista, National City and Southern San Diego neighborhoods like Otay Mesa, Barrio Logan and City Heights made the announcement on Twitter a few weeks ago. "My mother not only had breast cancer, she ended up 17 years later dying from metastatic breast cancer," Gonzalez said. “So immediately, what you hear is 'You're going to die.' And that's not what the doctors were saying. I think it still took me a few days to get past the 'I'm going to die.'"

Gonzalez’s doctors were monitoring her since she was 35 because of her family history of breast cancer. "Here I am, I feel as healthy as can be. I was planning on running a 5k and I think I went mountain biking the day I got my diagnoses. I still don't feel tired, I don't feel sick. But I am sick. My body is fighting something," Gonzalez shared.

Lorena Gonzalez was a labor leader before being elected to represent California's 80th district in 2013. She and her husband, San Diego County Supervisor Nathan Fletcher are raising a blended family with five kids. Gonzalez says, she has all the support she could ever imagine. "He's (Fletcher) been able to make every one of my doctors’ appointments, follow-up exams, MRI's, you name it - he's driven me to every one." She says she'll need to lean on her family for that support as she faces surgery. “I have to have a mastectomy. As the surgeon said, there's a lot of real estate there that has to be taken with the cancer cells, unfortunately. In the next few weeks, when they line up an operating room, I'll be going in for either a single mastectomy or a double mastectomy. We should know in the next few days.”

It has been about a month since she first received her diagnosis, Gonzalez says. Although she has a family history of breast cancer, that doesn’t make it any easier to explain what’s happening to her children she shared.

“My 25-year-old remembers her grandma and remembers her grandma dying of this. Having to talk through it is tough at different ages. Even discussing body parts and explaining what needs to be done is tough. I'm a hands-on mom. I cook and take care of everybody. In fact, I cook before I go to Sacramento and leave it in the fridge or freezer. So, I told them, ‘I'm going to need a little help for a few weeks after.’"

Gonzalez’s first-hand experience of cancer treatment has been an eye opener. The Assemblywoman says, "Cancer diagnosis is not a death sentence anymore. It's so often, especially if caught early something we can have treatment through and continue to live long healthy lives." Because of this, she says she wants to make sure other women have access to the healthcare that they need. "I know that there are so many people in South San Diego and Chula Vista and National City that don't have those kinds of advantages and don't have that kind of health care and that's something we're going to be looking at over the next few years."

When she’s on the other side of her battle, Gonzalez says she plans on leading the fight for those women. "What's the point of a screening exam if you think you can't afford the treatment and we need to be sure that everyone can afford the treatment. Post diagnosis, you can get on Medi-Cal, but the tests that come between the screening and diagnosis are not free."

Today! I got the results from my MRI biopsy and the cancer has not spread from my right breast! (Fabulous!) AND Prop 22 was struck down as unconstitutional!!!! Good thing one of my besties @juleshaye sent me a bottle of my fave champagne today! pic.twitter.com/C5FtIoEIRz

RELATED: Yes, the COVID-19 vaccine can lead to a false-positive mammogram