Love is in the air in Ocean Beach

The husband said he wanted to do something big for his wife and also wanted to give people hope. 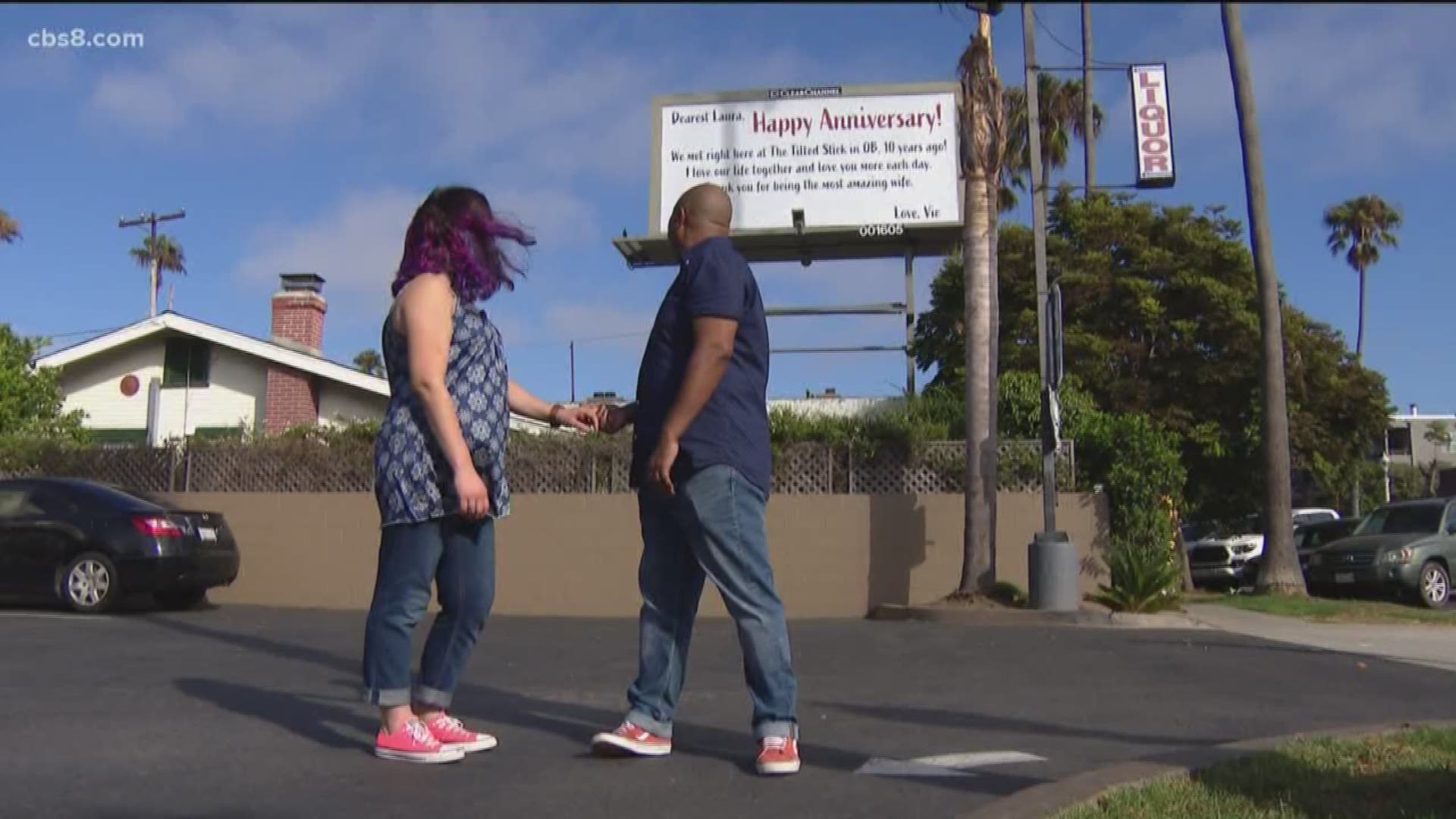 SAN DIEGO — An Ocean Beach husband went big to celebrate his tenth wedding anniversary by leasing a billboard in Ocean Beach to display his love for his wife.

The billboard, which has become the talk of the town, is above the place where Vic Tulsie met his wife Laura.

Vic said he not only wanted to do something big for Laura, but he also wanted to give people hope – and it is working.

The billboard has everyone in Ocean Beach in love as folks who walk by look up and admire Vic and Laura’s love.

Vic, who is a Navy veteran, said “I try to make really grand expressions of love regularly.”

The happy couple met at the Tilted Stick in Ocean Beach ten years ago. Vic said he knew he would marry Laura when he discovered she knew all the words to Ruff Riders anthem by DMX.

“I decided I was going to marry her. I think that was the moment,” he said.

The two married just three weeks after meeting at the bar in Vegas on September 13, but they “officially” married in Laura’s home state of Wisconsin at Lambough Field in 2011.

Laura said she saw the billboard on social media and thought it was fake.

“I peeked on the other side and said, it is not a joke. There it is,” she said.

We met right here at The Tilted Stick in OB, 10 years ago! I love our life together and love you more each day. Thank you for being the most amazing wife.

Laura said she is not one for attention, but the couple has been all the talk on social media and the neighborhood.

Love is literally in the air in Ocean Beach and the bar has been set high, thanks to Vic.

Abbie Alford
Attention husbands 🤣 Love is in the air in OB! Met the awesome couple behind the billboard above the The Tilted Stick Bar and Grill where the husband met his wife for their 10 year wedding...