Man shot, robbed in Hillcrest identifies himself as UK immigrant, asks for help with recovery

Jack Castillo said he was walking home from a local drag show when he was shot in the kneecap and robbed of his belongings including his passport and green card. 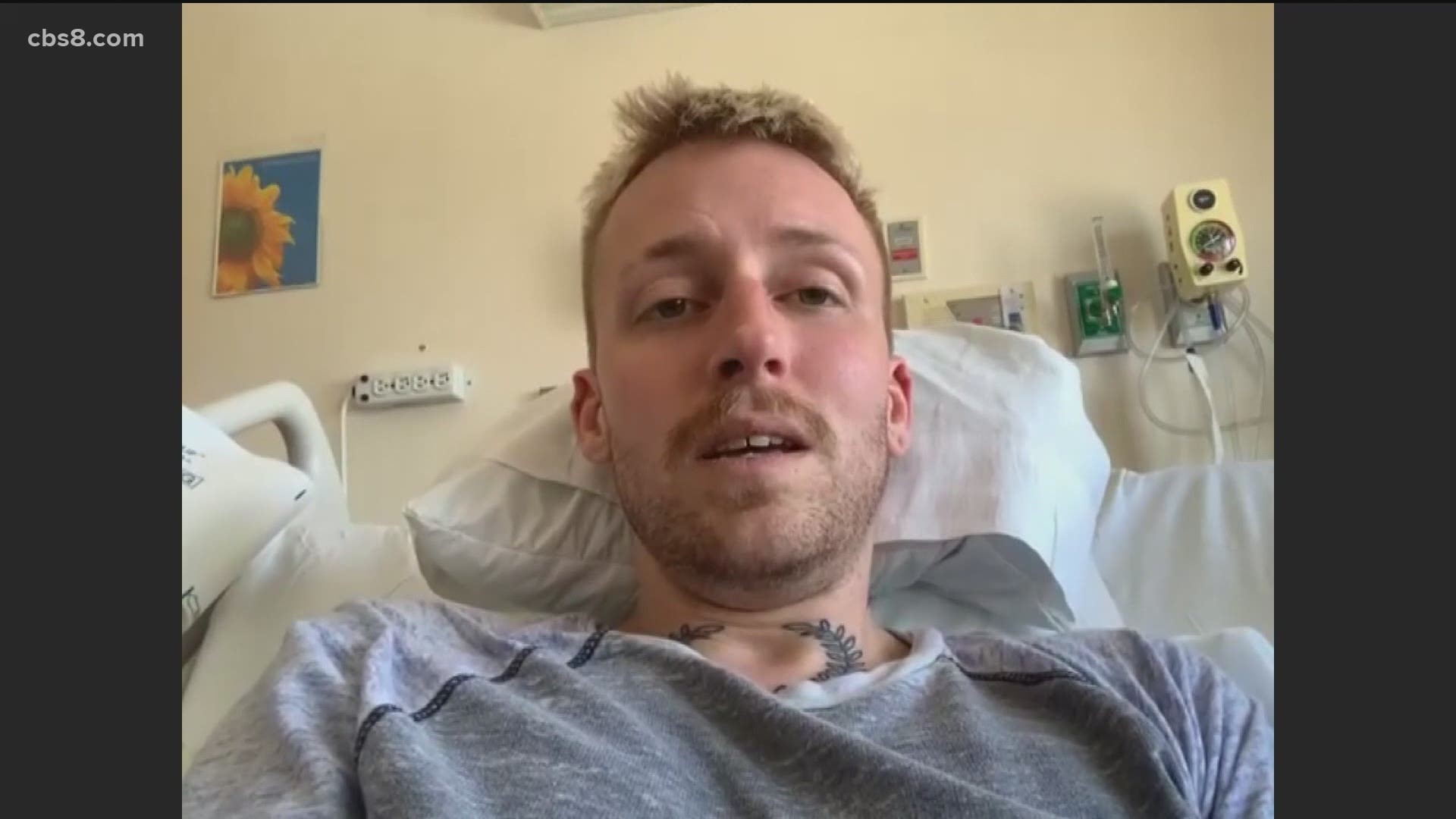 SAN DIEGO — A man was shot in the leg and robbed in Hillcrest on Friday by an assailant who remained at large over the weekend. Jack Castillo identified himself as the victim of the crime on a GoFundMe page posted Saturday.

"My name is Jack, I am a queer immigrant from the UK, living and working in San Diego," Castillo wrote. "I have been working two jobs every day for weeks to try and make ends meet."

San Diego police say the 31-year-old was approached just before 12:30 a.m. while walking in the 3700 block of Sixth Avenue.

Castillo said he was walking home from a local drag show when he was shot in the kneecap and robbed of his belongings including his passport, green card, wallet, headphones, house keys and other valuables.

According to police, the victim was talking on his cell phone, when a man came up from behind him and demanded a small fanny pack he was carrying. The victim refused and the suspect shot him in the leg, took the fanny pack and fled, San Diego Officer Tony Martinez said.

Castillo's GoFundMe page states that he does not have health insurance and will be unable to walk "freely" for eight weeks.

"I am scared I won’t be able to pay my rent or bills," he wrote. "If you know me you know I am never someone to ask for help, but I don’t have another option right now."

On Saturday, Castillo wrote in an update that he had undergone surgery which he said was successful.

"I want to say thank you from the bottom of my heart for all the love, support and kind words everyone has sent me," Castillo wrote. "I am filled with gratitude and it’s definitely made me feel like so thankful to be alive still."

The suspect in the shooting was described as white, 5-foot-10, with a medium build.

Anyone with information regarding the shooting was asked to call Crime Stoppers at 888-580-8477.