Many celebrating Memorial Day at the beach in San Diego

Memorial Day this year looks a lot different than last year. With more people vaccinated, more are finally feeling comfortable to get outside to celebrate a holiday. 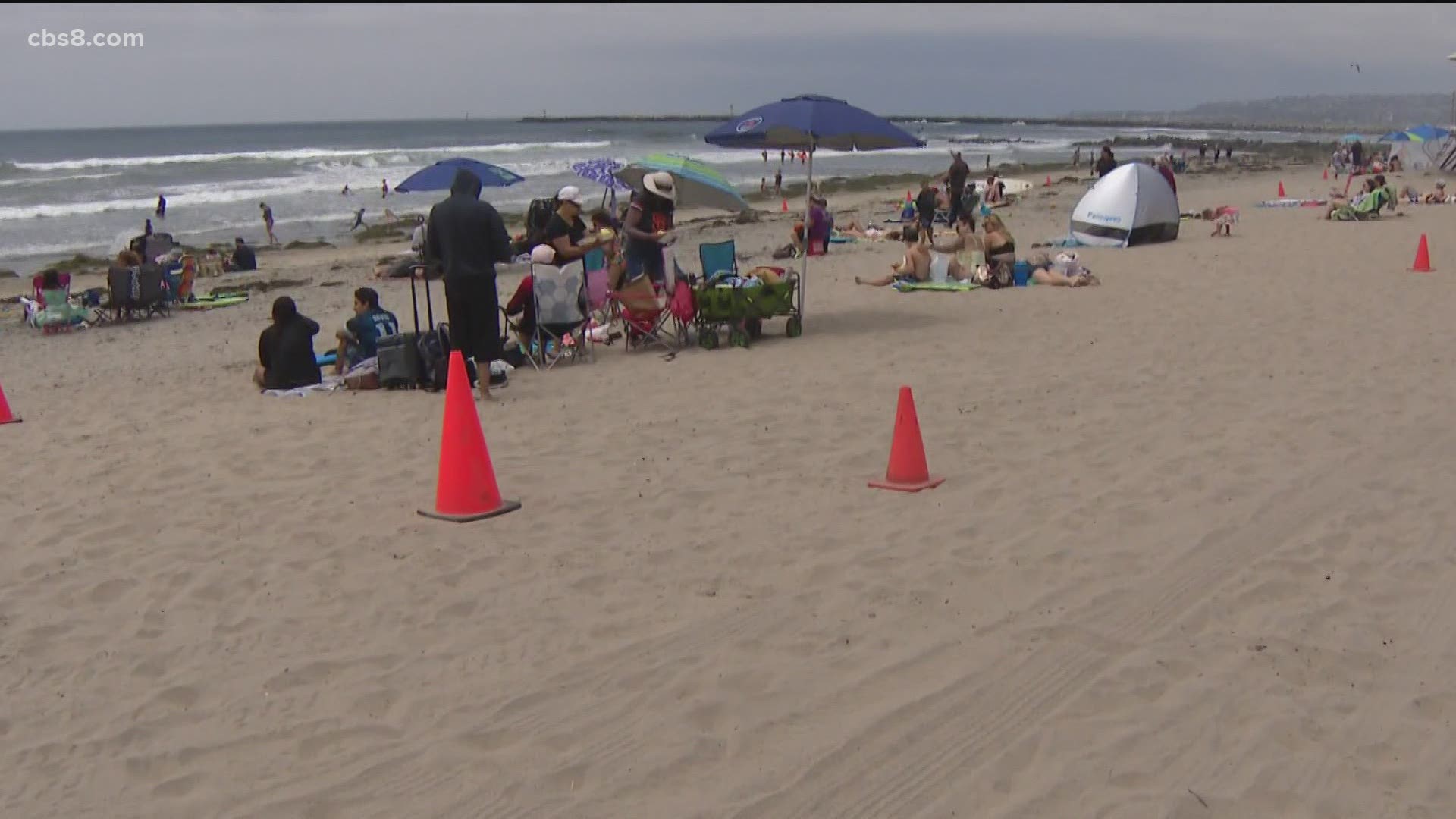 SAN DIEGO — Getting to Dog Beach on Memorial Day was easy for Australian Cattle Dog "Rue" and her owners from Pacific Beach. They said it was just a 10-minute drive, and they had a secret spot for where to park.

With more people out and about this holiday, trying to find parking amid some traffic got challenging.

“To be honest, the dog park is the best place to be on Memorial Day because it is not as packed I feel like,” said Hunter Escobedo, a Phoenix resident at Dog Beach.

Escobedo’s dogs Chuy and Chai enjoyed relaxing after the Phoenix family finished a five-and-half-hour drive over the weekend. He said it’s a much busier change from last year's Memorial Day.

“Last year we didn’t do a thing, literally nothing, so it feels good to be around people and enjoy ourselves, going to restaurants,” Escobedo said.

Robin James and Susan Roberts drove from halfway across the country to celebrate the day.

Steady but not crazy crowds at Dog Beach on #MemorialDay where people were actually able to find parking. At Ocean Beach, Lifeguards say they’ve been busy doing several rescues due to the rip currents. @CBS8 @DeskEight 🏄🏽‍♂️🏖 pic.twitter.com/7HI5UluFZt

“It's been 15 months since I have been anywhere but Kansas City, Missouri, and having grown up in Kansas, I'm really glad to be somewhere else for a little while,” said James, who wasn’t elated at how gas prices have spiked since they’ve been on the road.

At Ocean Beach, more people were out on the sand and in the water especially with the OB Pier recently reopening.

"We've seen a lot more people go back out on the pier, and people are happy that the pier is open,” Lt. Brian Clark, a San Diego lifeguard, said.

While it's an off day for many, it's not a slow one for San Diego lifeguards.

"We do have strong rip currents so we are making the rescues we've made several rescues here at Ocean Beach and we have several rescues made up and down the coast. The conditions are definitely dangerous out in the water,” Lt. Clark said.

Enjoying a Hodad's burger by the water, Julie Iacono’s family from La Mesa soaked up the sun while they could.

"We are going to try to beat the crowd out of here, so maybe after lunch we will pack up," she said.

The family enjoyed a burger by the beach.

"We went to Hodad's, just called it in and it took like 20 minutes to walk over and pick it up - easy peasy,” Iacono said.

WATCH RELATED: Ocean Beach Pier will partially reopen to the public Friday, May 28