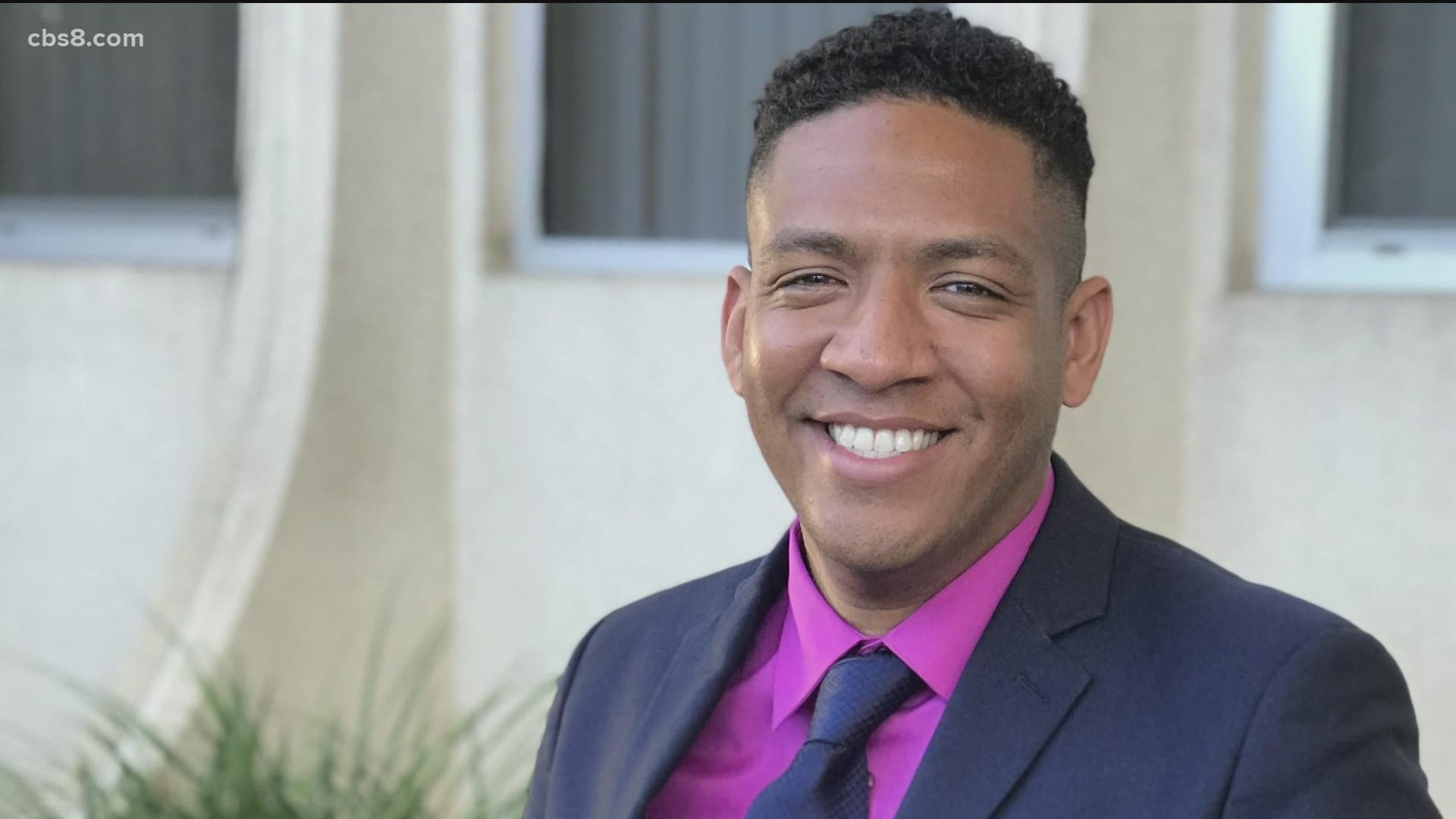 NATIONAL CITY, Calif. — In honor of Black History month, we introduce you to a newly-elected councilmember in National City. Marcus Bush has accomplished being the first to do many things for that community, including being the first Afro-Latino to serve.

Bush says now that he’s been elected to City council and is breaking down barriers, he wants to focus on issues that affect all underserved groups and hopefully inspire someone else in the process.

“I’m honored to have made history in National City. The first Afro-Latino and the second African American,” Bush said.

Thirty-two-year old Bush is creating his own lane on National City’s City Council. He’s also the first LGBTQ council member, the first millennial, and in 2015, he became the youngest person to serve as Planning Commission Chair for the council.

“It’s so important when we talk about diversity and inclusion, it’s so important to have a society that’s really reflective of the people they serve to offer different perspectives, different backgrounds and ideas,” Bush said.

Bush was raised in National City, born to an African American father and Mexican American mother. He says he’s always felt loved and accepted in his community, and he appreciates both parts of his heritage. He says he was inspired to get into politics after watching Former President Barack Obama in 2008 and he was also encouraged by two National City councilmembers.

“I was lucky enough to get the support of our Mayor, who was the 1st Latina elected, Sotelo-Solis and then Councilmember Rios and now I’m honored to serve on City Council,” Bush said.

When Bush isn’t working to make National City better, he’s focused on his career as a Project Manager for Mac Project, a non-profit that works to develop affordable housing. Elected in 2020, Bush has only been a council member for a few months, but he says now more than ever, he’s up for the challenge.

There’s even more to Bush’s resume. He earned a B.A. from San Diego State University, majoring in City Planning and Spanish. He’s also the first in his family to earn a Master's degree.