Ninety-nine-year-old Colonel Dave Severance was honored on Saturday for his actions in WWII. 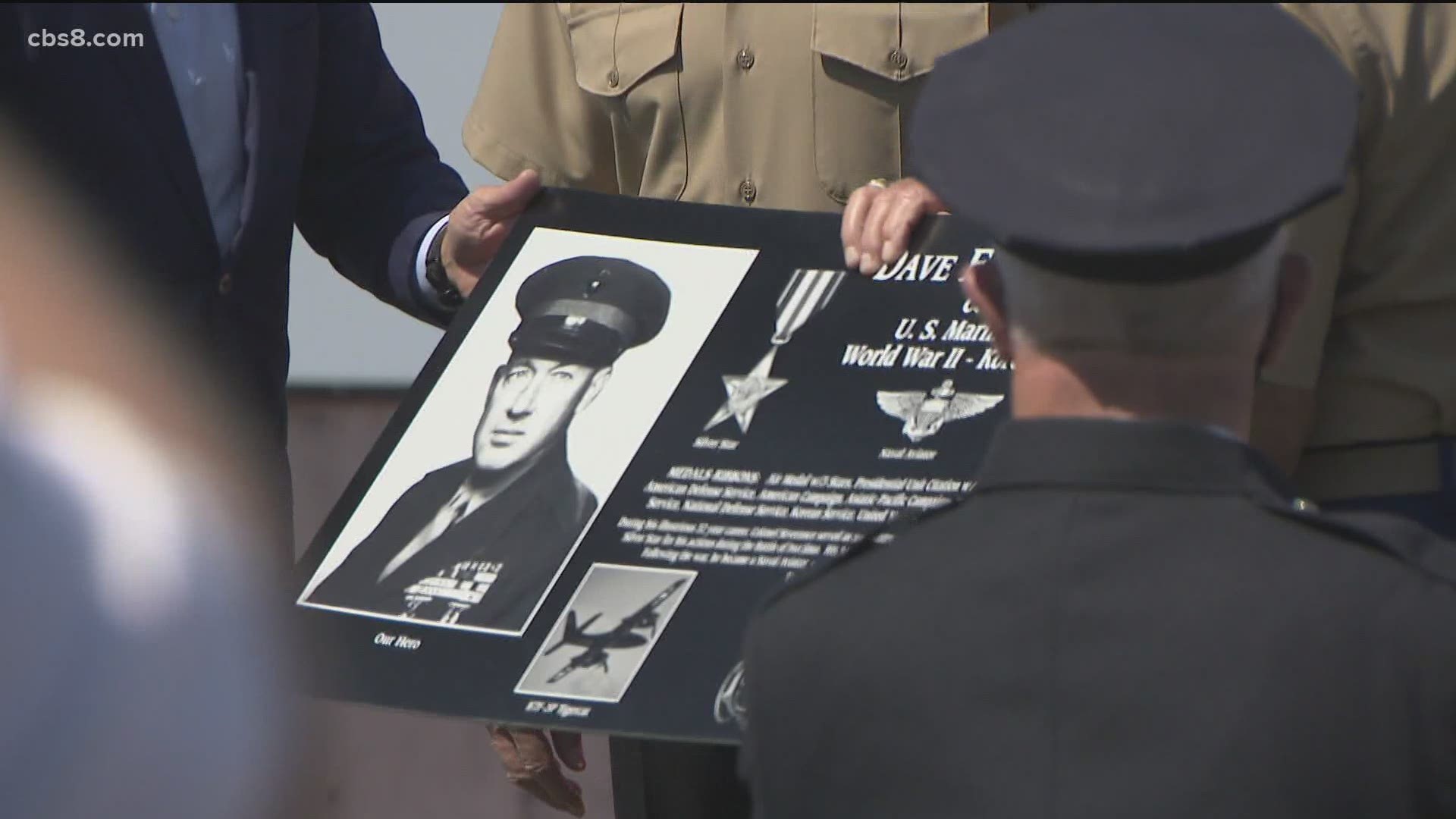 SAN DIEGO — At the Mt. Soledad Memorial, the US Marine Corps honored a living legend, Colonel Dave Severance. Not only did the colonel serve his country bravely in WWII, but his actions might have turned the tide of the war on the homefront.

Under the giant white cross of Mt. Soledad, hundreds of plaques adorn the memorial to the men and women who have served in the United States Military.

On Saturday, a man who’s service spanned 30 years and three wars joined the ranks of those memorialized in La Jolla. Colonel Dave Severance, 99 years old and a La Jolla resident since the '60s was in attendance as Brigadier General Ryan Heritage spoke of his legacy.

The year was 1945, American troops have been liberating islands in the Pacific against fierce opposition from Japanese Forces. In February, the United States landed on the small island of Iwo Jima.

Associated Press Photographer Joe Rosenthal was there to capture the iconic image, which was used to drum up support and funds for the war effort.

The raising of the flag on Iwo Jima has become an enduring symbol of the Marine Corps and Colonel Severance is the embodiment of the values of what the corps represent.

At the Mt. Solodad Memorial, the @USMC is honoring a living legend- Col. Dave Severance. It was the Colonel’s company that famously raised the flag on Mt. Suribachi during the battle of Iwo Jima. @CBS8 pic.twitter.com/cUo573KXOG

RELATED: Here's how you can watch the live stream of Memorial Day tributes in San Diego