Married while driving: How to keep your cool with your spouse in the car

You're not alone! Seven out of 10 couples fight in the car at least once a month. Here's what to do about it... 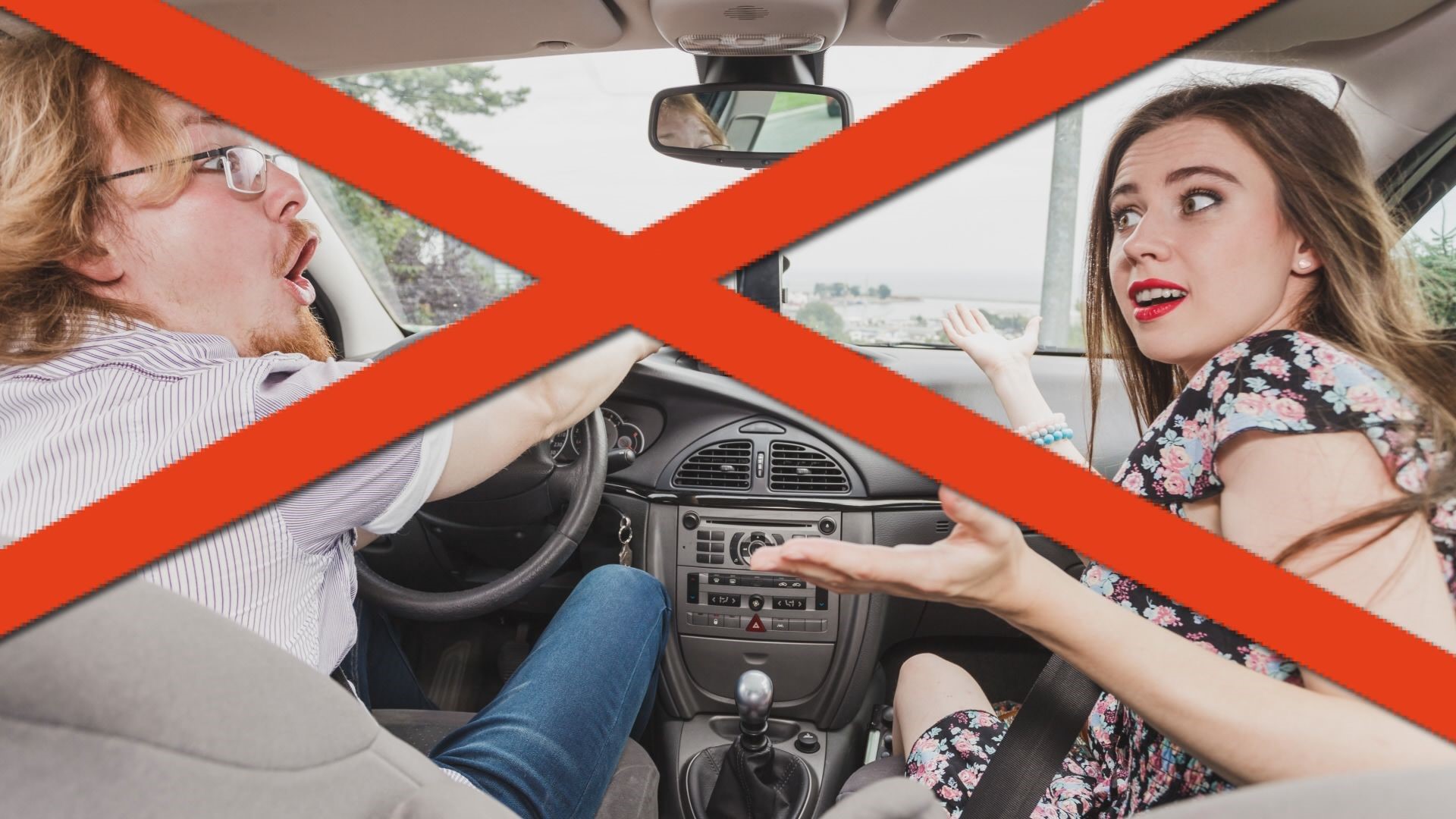 GREENSBORO, N.C. — Memorial Day travel is right around the corner, and AAA says 37 million people will hit the road this year. That kind of traffic is enough to drive anyone crazy, but things might be even worse if your spouse is in the car.

After almost a decade of marriage, he still tenses up when his husband, Bradly, is behind the wheel.

"He cannot follow directions really well, or he panics a little bit about the turns and where we’re going. Or he has to take off really fast and try and speed up," Joshua said.

"I'm a great driver. I've never had a ticket," Bradly fired back.

"It’s normal for couples to experience that stress," Williams said.

“When we’re in the car, there’s a lot of outside stress," Patton said. "Things that don’t have anything to do with yourself and your partner at the moment. We don’t want to be late. If there are kids - trying to get the kids ready. Maybe one partner is annoyed and both are just on edge. And that leads to starting to blame each other. Starting to snap at each other."

So, how do you put the brakes on an argument? First, resist the urge to nag.

"It takes a little thinking, a little self-awareness. The best way is to catch yourself as soon as possible before you even get in the car. Remind yourself: OK, this is a stressful situation. I’m not going to engage," Patton said.

Also, wait until you’re out of the car to talk about your partner’s driving.

“A safe and a neutral place - maybe in the living room. Of course, the TV is not on. There are no distractions. Telephones are put aside," Williams said. "Bring up the conversation in a gentle manner without blaming, without criticizing the other person. Definitely use I statements. I feel. Then describe the actual situation without using you, you, you, because the moment you start bringing up you comments, that’s when the other person may become very defensive."

"It’s not so much about the driving as much as that person doesn’t care that I’m sitting here terrified. Honestly, there’s one answer to that. If the passenger in your car is scared, you really need to slow down or back up or whatever it is," Patton said. "It’s just much more productive to our peace of mind and our relationship to say my passenger is scared and I don’t want them to be afraid."

Bradly and Joshua have found their own rules of the road.

"Ours is always communication and knowing they’re your person," Joshua said. "And you just have to let things go."