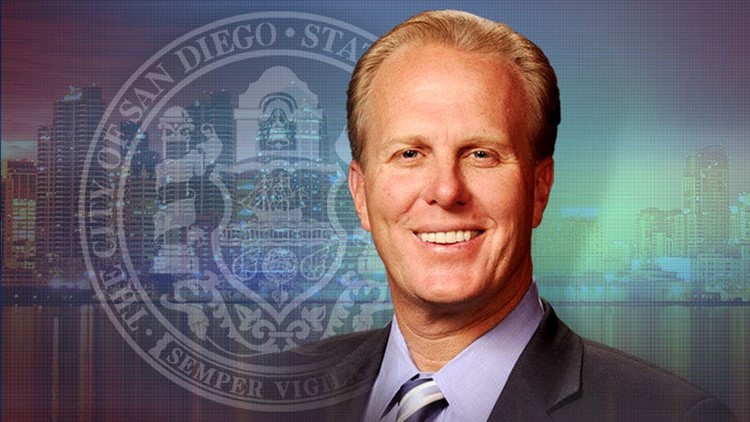 WASHINGTON, D.C., USA — Mayor Kevin Faulconer was in Washington, D.C., this week for the 88th meeting of the U.S. Conference of Mayors, where he will outline San Diego's strategies on homelessness and housing.

Faulconer, who will leave office after the November election, said in his 2020 State of the City Address on Jan. 15 that creating affordable housing and helping keep people off the street were his biggest priorities in his final term.

During the three-day conference in the nation's capital, Faulconer will highlight what his office, the city council, and city employees have done to tackle the homelessness crisis in the city.

He will also lead a forum on trade and the United States-Mexico-Canada Agreement.

Faulconer is also scheduled to meet with the office of Sen. Dianne Feinstein, D-Calif., on environmental issues at the border, as well as with U.S. Navy officials to discuss the expansion of San Diego's transportation network.