California requires major payoffs of games to be paid on a pari-mutuel basis, meaning the payoff is determined by the size of the pool instead of a fixed amount. 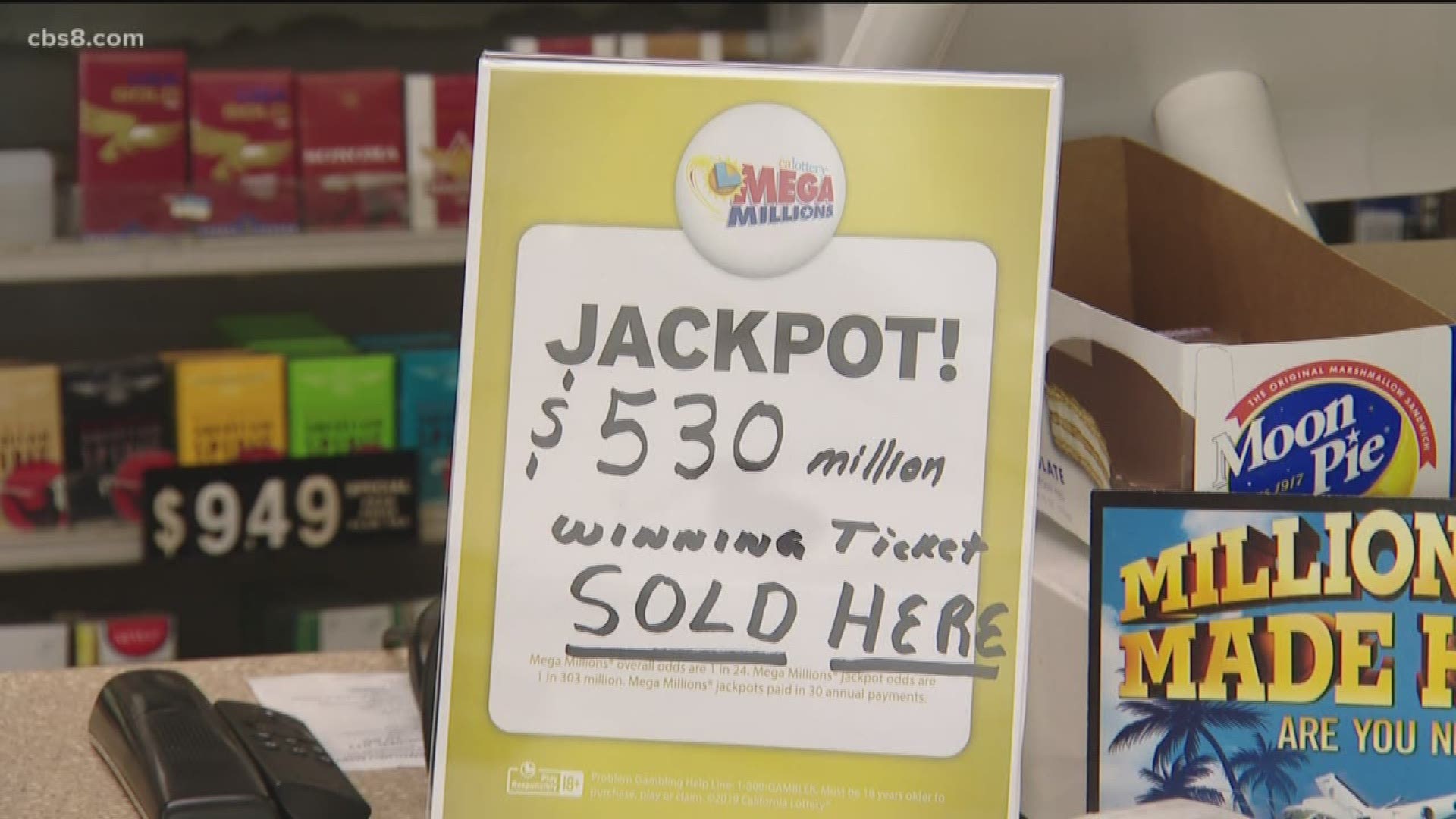 SAN DIEGO — A ticket with all six numbers in Friday's multi-state Mega Millions draw was sold at a liquor store in Sorrento Valley and its owner must decide whether to receive the estimated $530 million jackpot in 30 installments or its $345.2 million cash value.

A ticket with five numbers, but missing the Mega number, was sold at a gasoline station in Seal Beach in Orange County and is worth $1,143,154, the California Lottery announced.

There were two other tickets sold with five numbers, but missing the Mega number, one in Arizona, the other in Washington state. They are each worth $1 million, the Multi-State Lottery Association, which conducts the game, announced.

California law requires major payoffs of lottery games to be paid on a pari-mutuel basis, meaning the payoff is determined by the size of the pool instead of a fixed amount.

The odds of matching all five numbers and the Mega number is 1 in 302,575,350, according to the California Lottery. The overall chance of winning a prize is 1 in 24.

The drawing was the 25th since the last time a ticket with all six numbers was sold, which was on New Year's Day.

The Mega Millions game is played in 44 states, the District of Columbia and U.S. Virgin Islands.

The jackpot for Tuesday's drawing will be $40 million.