There have also been reports of illness due to the mold at several communities, which are managed by Lincoln Military housing. 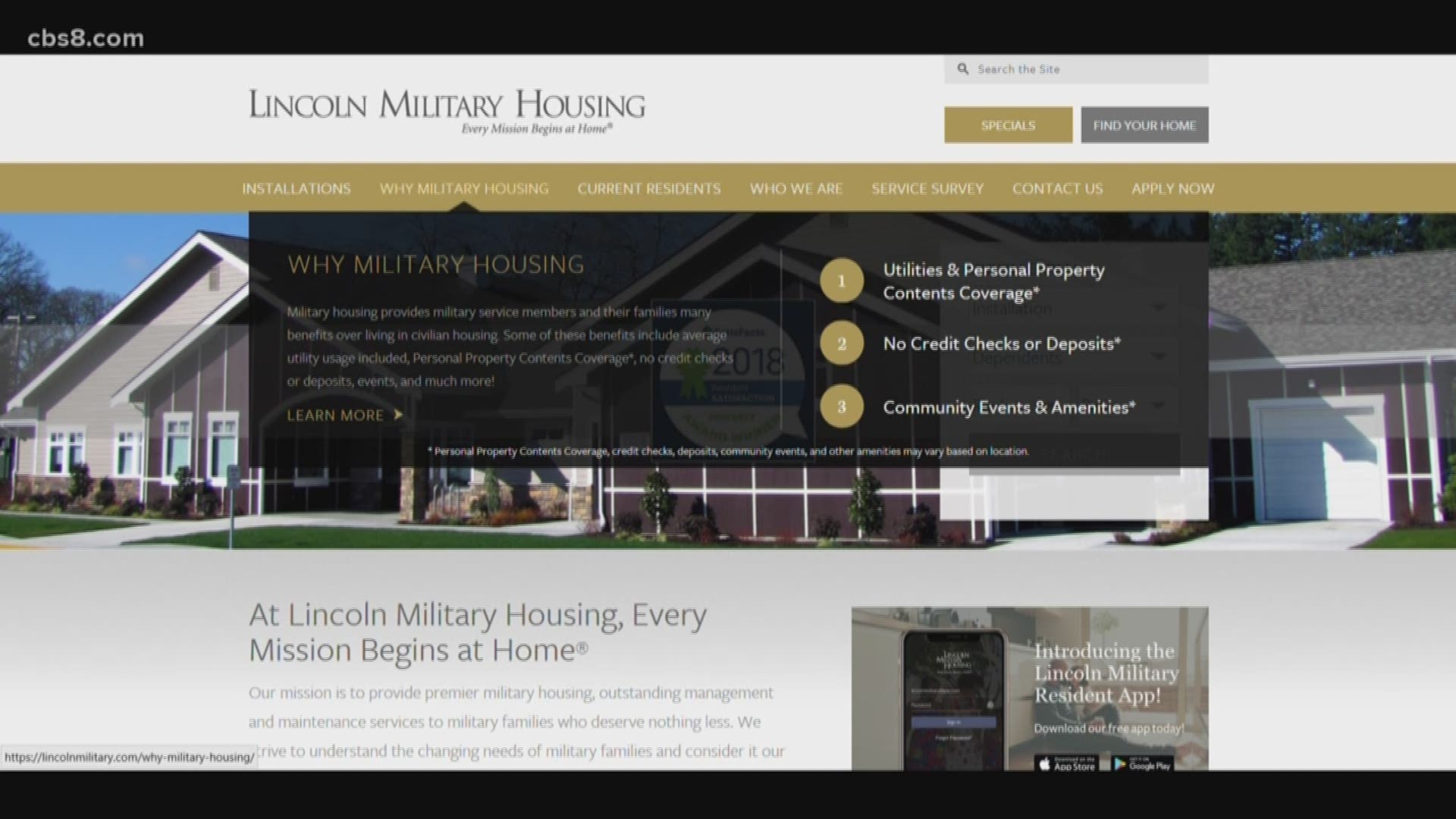 SAN DIEGO COUNTY, Calif. — Mold at military housing continues to be an issue for nearly 50 military families in the Santo Terrace community who will spend the holidays living in hotels.

The move comes after mold was discovered inside several units. Earlier this month, Kimberly Dunn told News 8 she and her daughter, Hope, had to pack up their home in Murphy Canyon after mold was found inside.

There have also been reports of illness due to the mold at several communities, which are managed by Lincoln Military housing.

“I have lost trust in Lincoln and their ability to do what is the best interest of my family,” said Erika Bradley.

Erika lives at Lincoln housing on the MCAS Miramar base. She has become the unofficial spokesperson for the families who are affected.

“We are asking the environmental testing to be done to prove there are not toxic levels of mold in these homes,” she said.

News 8 reached out to Lincoln Military Housing and received a statement saying in part:

"We understand the frustration and are working hard to fix these issues.  Mold is always taken very seriously, which is why qualified professionals address it and why our treatment protocols exceed industry standards."

The company also said it has been working to fix the situation by increasing staff, going door to door and creating an app and a hotline for residents.

Erika said those affected have not seen a difference.

“You asked our loved ones to go to war and we do that for a country that we love, but we ask you take care of our families that are home,” she said.

This is not the first time Lincoln Military Housing has been in hot water for mold. Two months ago, a local family won a $2 million lawsuit after claiming mold sickened their children.

Lincoln Military Housing called the ruling unjust and plans to appeal it.