Economists say it’s now a workers’ market and many businesses are scrambling to get them in the door and to keep them there. 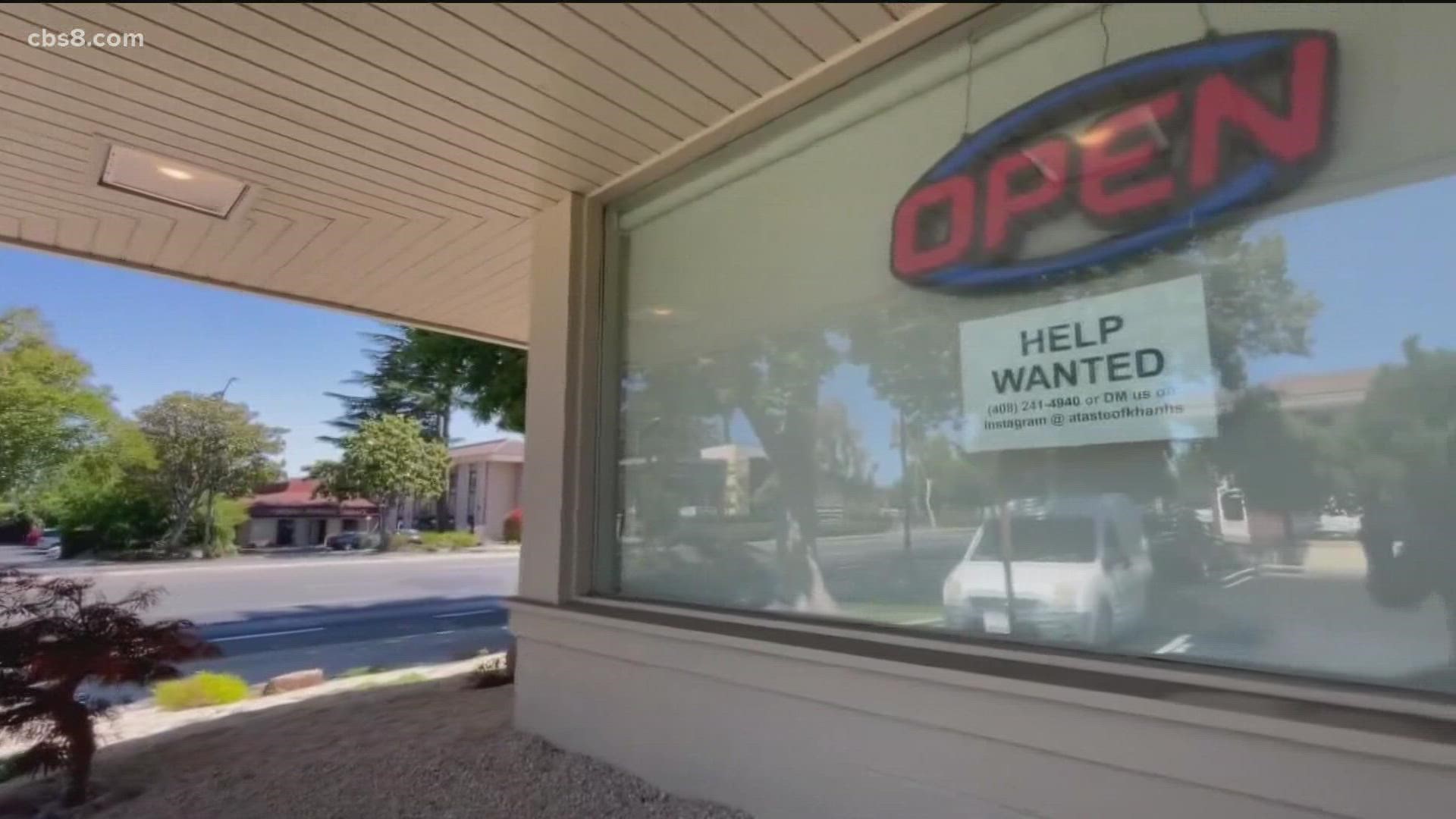 SAN DIEGO — A new Labor Department report says people are still quitting their jobs in record numbers and some companies are struggling to stay afloat. Hundreds of thousands of people are leaving their jobs for better opportunities and more pay.

News 8's LaMonica Peters talked to a local economist and a restaurant owner about how this new trend is impacting the bottom line.

Economists say it’s now a workers’ market and many businesses are scrambling to get them in the door and to keep them there.

“Employees now are asking for a lot and in a lot of instances, they can get it," said Alan Gin, USD Economics Professor.

Business owners all over the country are looking for people to hire. The Department of Labor says a record 4.3 million workers left their jobs in August. That’s 3% of the entire workforce.

Experts say it isn’t because they’re receiving financial assistance from the government or because they don’t need the money.

“People now are just looking at their lives - they’ve seen over 700,000 people die - and they’re asking themselves what they really want out of life," Gin said. "A lot of people are deciding that they don’t like their current job and they want to move to something that’s different.”

In August, there were 10.4 million employment vacancies. Of those workers who quit, 892,000 workers were in the food-service and accommodation industries.

“The entire process of getting people in here was really difficult," said Javier Leraguirre, General Manager at Mikami Bar and Revolving Sushi. "We had to offer really good wages and I mean, we were glad to do that but it can get hard towards profitability.”

Mikami Bar and Revolving Sushi in San Diego opened its doors nearly three months ago. Leraguirre said they hired people who had never worked in the restaurant business, trained them and tried to create a good working environment.

“Right now, we’re probably opening at like 40-50% capacity. We lack the staff, but we are hiring, actively hiring and we’re finding really good candidates out there," he said.

Professor Gin also said the Delta variant made some people think twice about going back to the service industry. He said as we continue to struggle with vaccination rates and mandates, the way businesses operate could be changed for the long term.