Pharaoh had been spotted all over San Diego County over the past several weeks. It took the owners about four hours to coax him into a cage on Saturday. 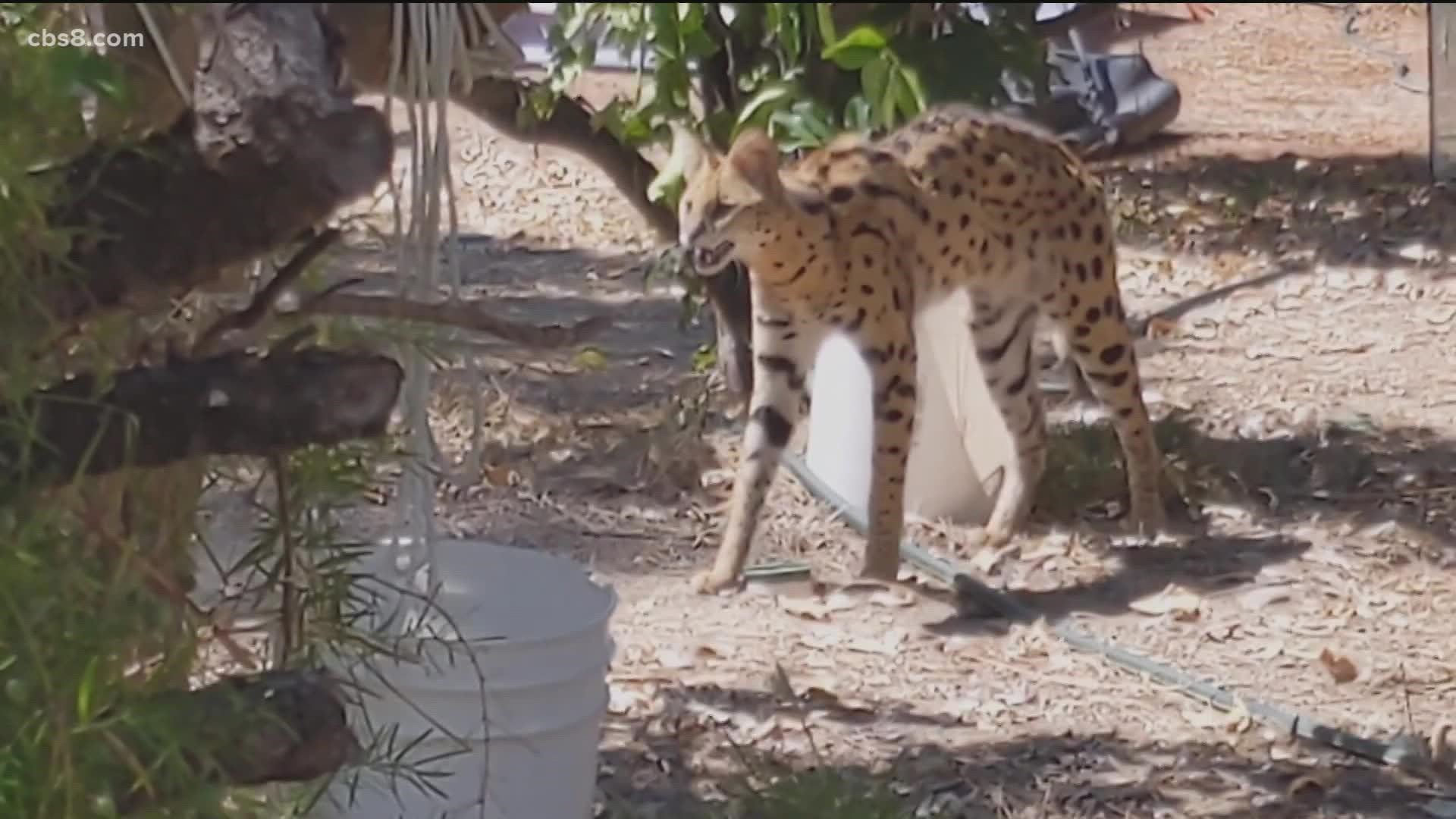 A serval that had been missing for nearly six weeks is back home with its owners after it was captured in a Rancho Penasquitos backyard.

"That was absolutely the last thing we expected on a Saturday afternoon was to see a wild African cat in our backyard in Rancho Penasquitos," said Alex Ezhevsky.

He was hanging out in the living room of his parents' home when it happened on Sept. 18. His dad was the first to spot the missing serval, initially thinking it was a bobcat.

Ezhevsky did some research, and quickly realized it was a serval.

He came across previous stories News 8 had done about the elusive cat named Pharaoh, which reportedly escaped from his Harmony Grove home on Aug. 7.

At the time, one of his owners told News 8 they thought he had been killed by coyotes.

"As soon as he went missing, we went looking for him everywhere," said Emily Schultz.

Weeks later, posts on Nextdoor started popping up from people claiming to have seen Pharaoh in various parts of North County, including Encinitas.

Soon after, on Sept. 10, Pharaoh was spotted drinking water from a pool in Rancho Penasquitos.

Fast forward to this past Saturday.

“It looked like it was getting a drink of water by one of our trees because we have some water buckets right there,” said Ezhevsky.

As Pharaoh roamed his parents' yard, Ezhevsky got in touch with Bruce Ireland who has been volunteering his services to help find Pharaoh.

"I contacted the owners right away and said, 'we got him but you have to go now' and they did. They got there very fast," said Ireland.

It took the owners about four hours to coax Pharaoh into a cage.

“It appears from the photos he laid down and looked almost happy to be home,” said Ireland.

His owners tell News 8 they are thankful and happy he's back.

As for what happens next, that's unclear.

Servals are illegal to own in California without a special permit.

The owners purchased Pharaoh in Tennessee, claiming they thought it was an F-1, a hybrid between a domesticated cat and a serval.

Agencies including Project Wildlife are aware of the situation and are said to be following up.