Border patrol agents say the 13 people killed were among more than 40 migrants they believe entered illegally through a hole cut in the border fence. 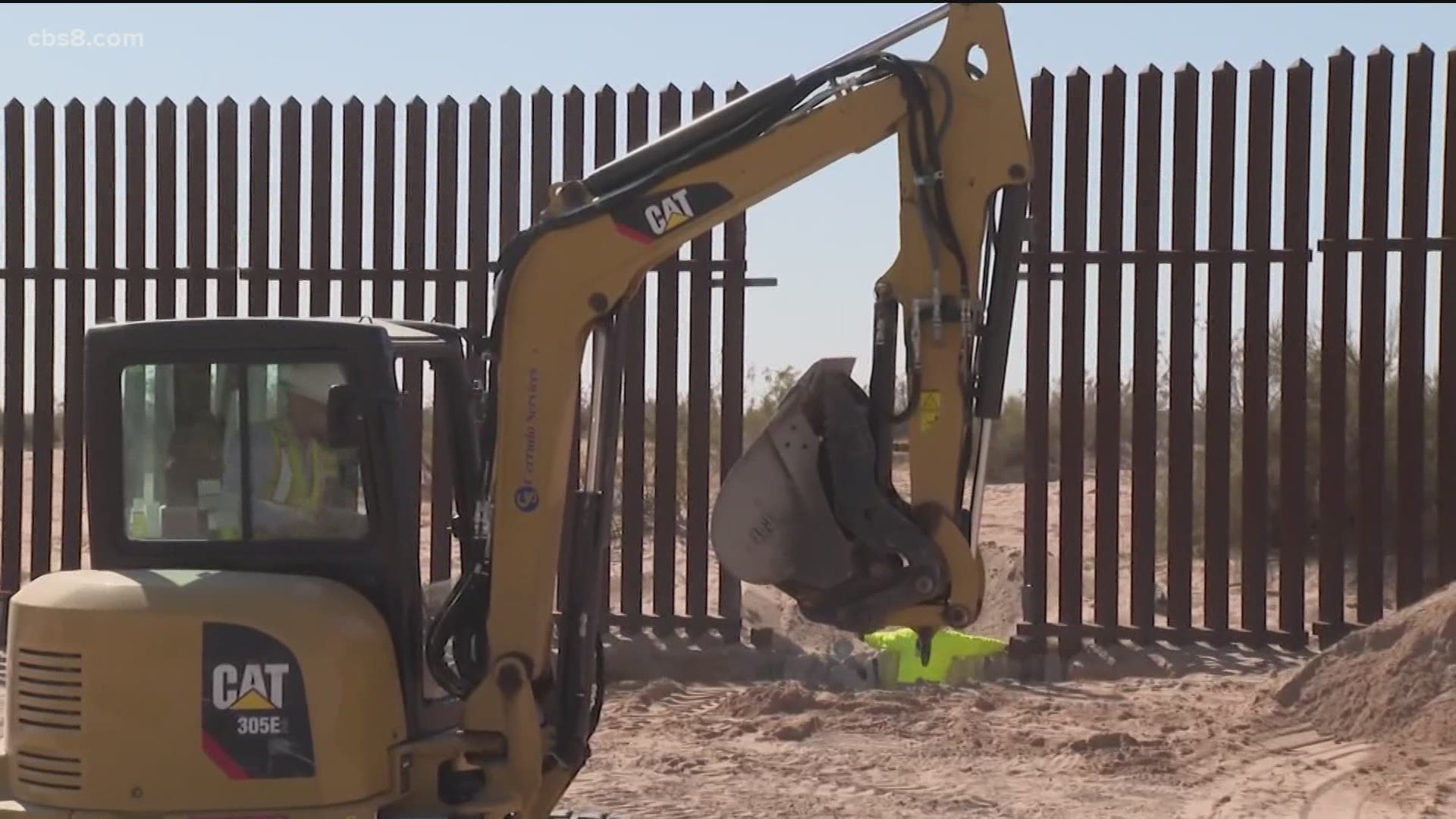 CALEXICO, Calif. — Construction crews got deep into the trench at the very spot where there was a hole in the border fence east of Calexico. Workers used measuring tape while closing the 10-foot wide gap that agents say two SUV's drove through early Tuesday morning.

El Centro Border Patrol says its surveillance shows about 44 migrants getting into the U.S. through two separate SUV's. One truck was a red Chevrolet Suburban carrying 19 people, which caught on fire, and its passengers escaped and were found hiding in the brush before being taken into custody.

The burgundy Ford Expedition, crammed with 25 people, crashed into a tractor-trailer in Holtville, killing 13 people.

"We have been able to identify 10 people of Mexican origin, who were deceased in the accident,” said Mario Beltran, consul for community affairs, Consulate of Mexico.

The Expedition's 22-year-old driver is among the dead, and survivors of the crash are being treated at trauma centers in San Diego. The 68-year-old big-rig driver Joel Beltran is recovering in the hospital. Investigators say the SUV had 2 seats in the front – but all of the other seats were removed in the back – to cram more people inside.

"Some of the victims were ejected from the vehicle, there were some walking wounded that pulled themselves out of the vehicle,” said Omar Watson, CHP Border Division Chief .

The hole at the border has been fully repaired with reinforcements as investigators dig into the dangerous smuggling attempt.

Our border no stranger to breaches. Just 10 days prior in Otay Mesa, border agents arrested 14 undocumented migrants they say were smuggled into the U.S. through an opening in the border wall there before getting into six separate vehicles

But El Centro Border Patrol agents were adamant in saying the SUV was not being chased by border patrol.

"There were no other agencies or no other law enforcement personnel behind the vehicle,” Watson said.

The Mexican Consulate is contacting the families of the deceased.

"Some of the families are in Mexico. Some of them are in the United States, and we will help them of course with the process of the transfer of remains,” Beltran said.

The NTSB is continuing its investigation into the deadly wreck.