100+ arrests made in San Diego after Sunday's protests

The San Diego Police Department tweeted early Monday morning that more than 100 arrests were made overnight.

SAN DIEGO — Business owners Monday assessed the damages done by looters who broke into downtown stores after police broke up a protest ostensibly held to seek justice for George Floyd, a black man killed in police custody in Minneapolis.

The looting was reported after 10 p.m. Sunday as large numbers of people moved through the streets of downtown breaking windows and entering stores.

The San Diego Police Department tweeted early Monday morning that more than 100 arrests were made overnight including failure to disperse, burglary, assaulting officers and vandalism. Police responded en masse, cornering a group of looters near Fifth Avenue and C Street. 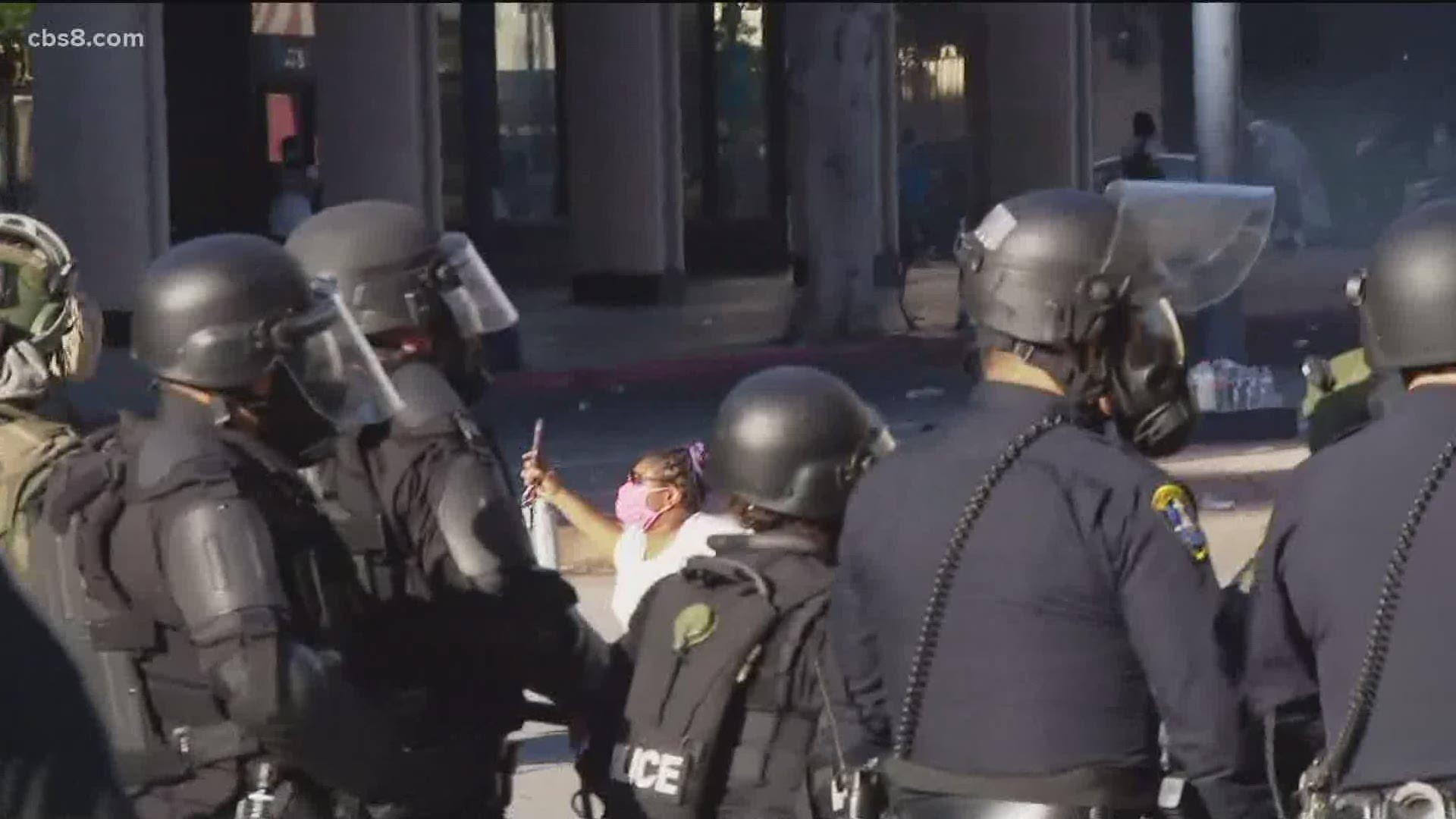 At the briefing, Mayor Faulconer announced that effective immediately SDPD will no longer use the carotid restraint - a controversial technique that can lead to unconsciousness. 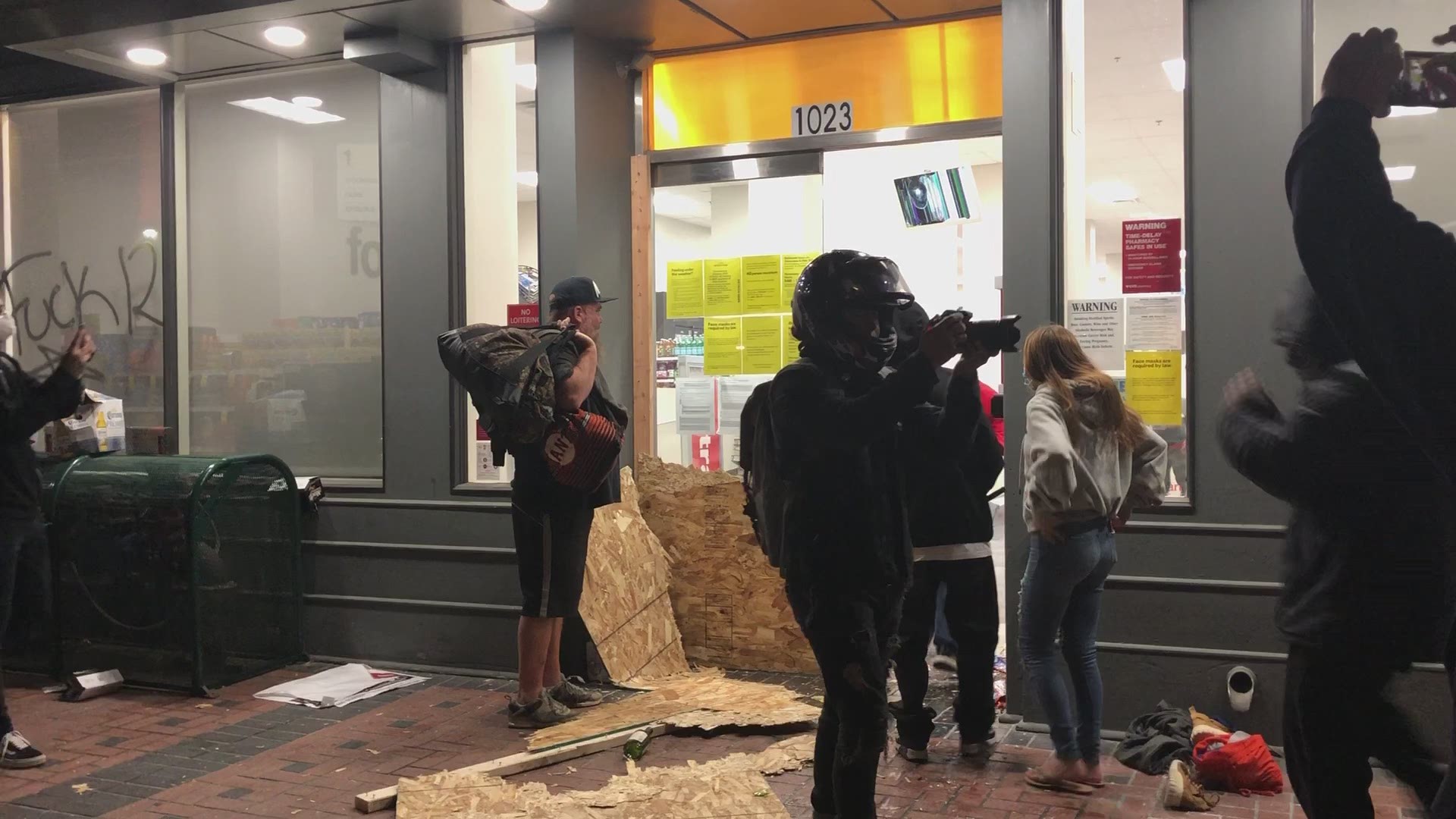 Earlier, police used tear gas and flash-bang grenades against protesters and issued an unlawful assembly order in the area of Broadway, downtown, due to escalating violence. Police made numerous arrests after officers were hit with rocks and water bottles.

San Diego County officially declared a state of emergency Sunday in reaction to police protests nationwide, and several cities imposed an overnight curfew. Jeff Collins, a county spokesman, said the state of emergency was declared in part so the sheriff's department could impose a curfew for unincorporated areas. He said it would also allow the county to seek federal reimbursement if needed.

The curfew was imposed at 8 p.m. Sunday in several unincorporated communities including Lakeside and Spring Valley.

According to the Sheriff's Department, all residents were urged to "stay home, indoors and off the streets." Violation of the curfew order is a misdemeanor and subject to a fine of up to $1,000 or up to six months in jail, or both. It was unclear if anyone had been arrested for violating curfew orders.

Poway also imposed a curfew that began at 8 p.m. and ended Monday morning at 5:30 a.m. Law enforcement, fire, medical personnel and members of the media are exempt from curfew, as are those commuting "directly to and from work, seeking emergency care, fleeing dangerous circumstances or experiencing homelessness," according to the city.

Santee also imposed an 8 p.m. curfew that ended at 6 a.m.on Monday morning. The city urged residents to "stay home and stay safe" with their families unless they needed "to travel to work, seek medical care or are experiencing an emergency situation."

The city of El Cajon Sunday proclaimed a "dire local emergency" in the wake of protests, and also imposed a curfew that began at 7 p.m. that ended Monday at 6 a.m.