Ripley's Believe It Or Not! celebrates 100 years 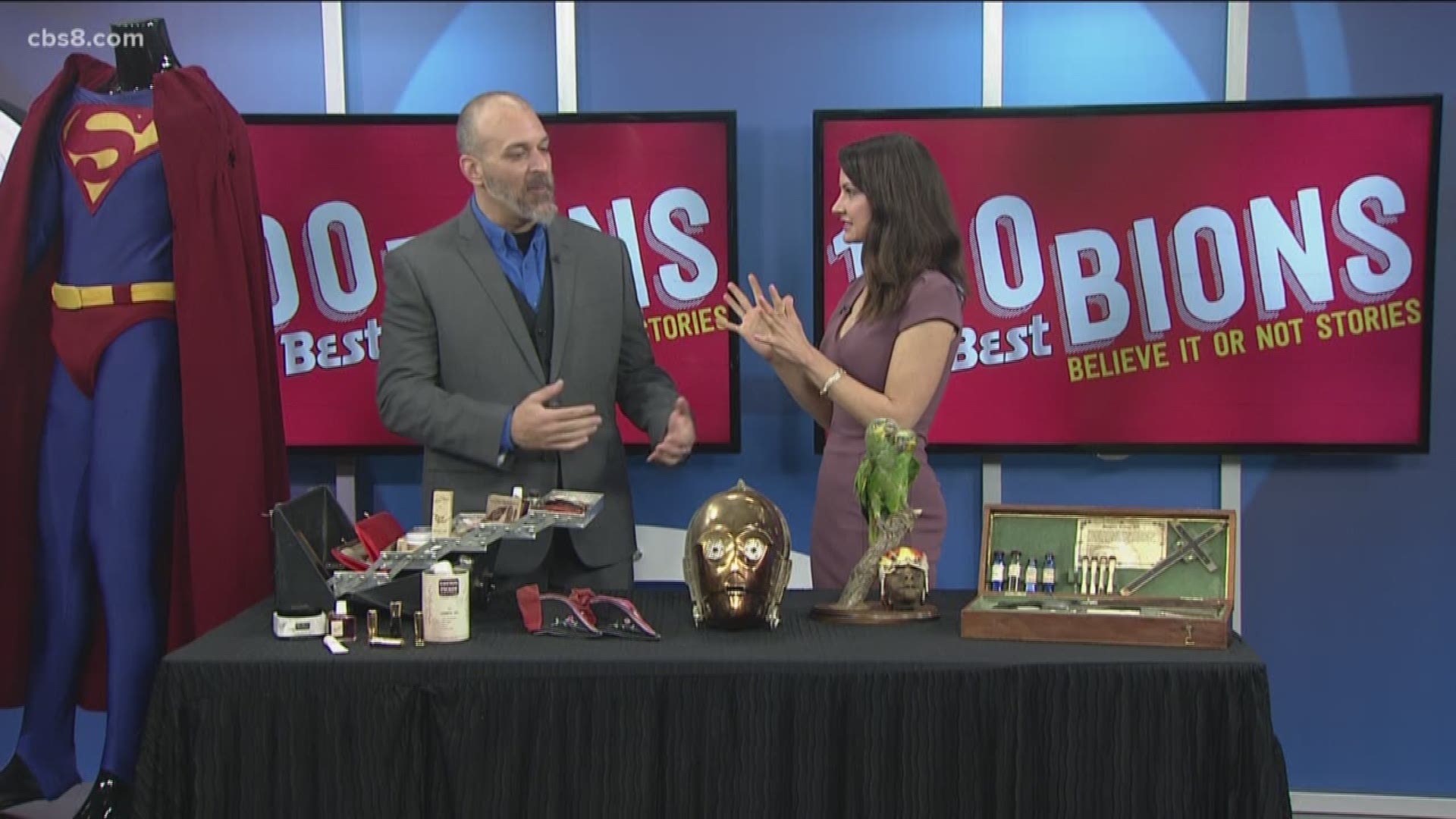 SAN DIEGO — To celebrate 100 years of existence, Ripley’s Believe It Or Not! editors, researchers, and historians have put together their 100 best Bions (Believe It Or Not stories). Many of the stories and exhibits that are featured in the book are on display at the Odditorium.

Cory Dacy, General Manager of Ripley’s Believe It or Not! brought in some fun and some downright weird objects from the museum.