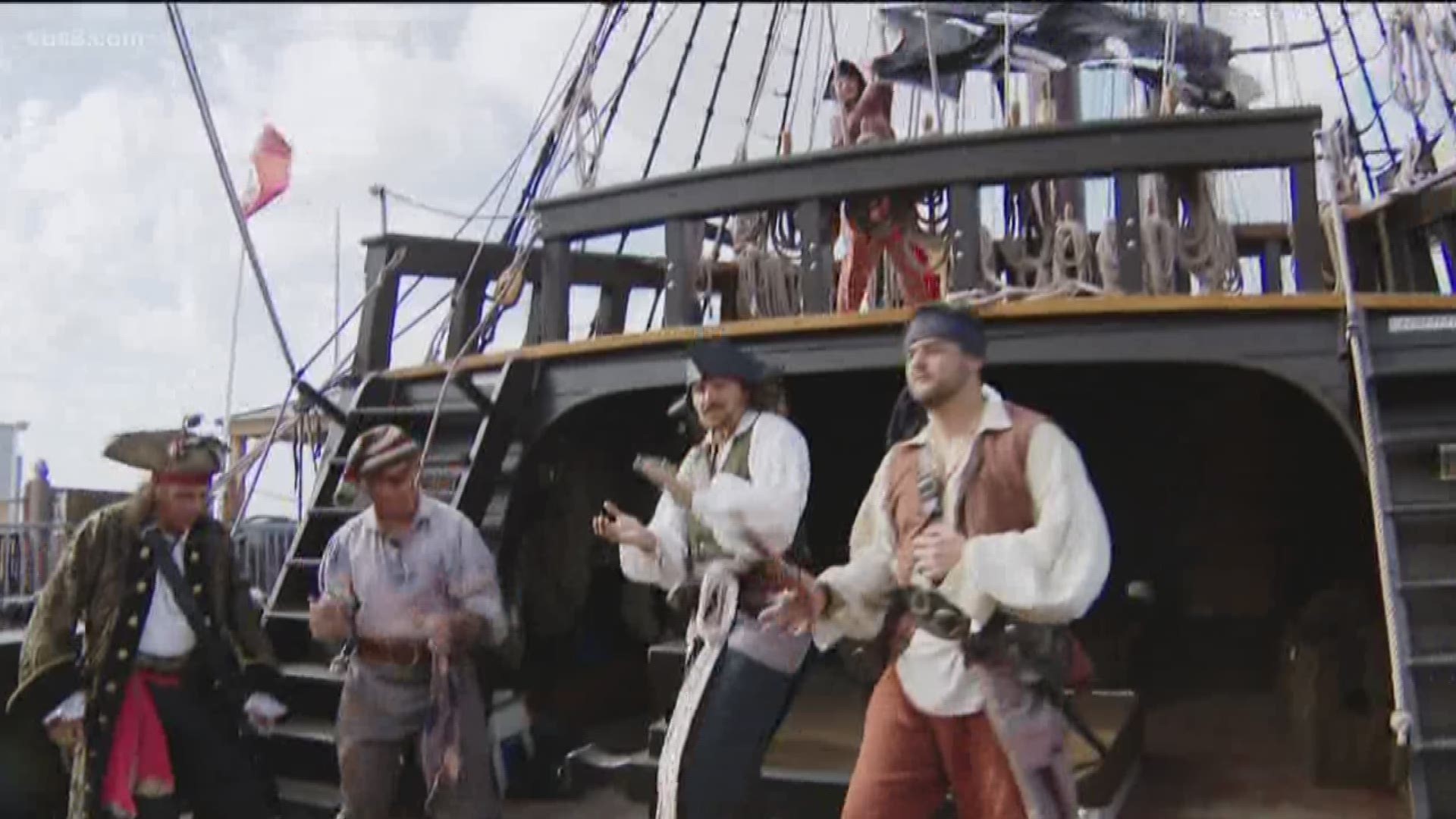 SAN DIEGO — Are you looking for a swashbuckling good time? Why not set out on San Diego Bay for some unforgettable pirate theatrics?

The Maritime Museum of San Diego announced two performances of Boarded! on November 30 and December 28.

The interactive show puts visitors in the middle of the action. Participants will be sworn in as part of the ship crew, trained how to navigate, sword fight, bail water from a sinking ship, escape from the King’s Jail, swab the deck and other pirate skills.

Performances are 90 minutes and check in times are 10:30 a.m. and 12:45 p.m. A new little Pirate costume contest is also planned for children 12 and under is also planned. The winner will collect a fun pirate toy at the Museum Gift Shop following the sail.

Tickets to the performances are available for $40.00 for adults and $25.00 for children age 12 and under. Tickets may be purchased online in advance at or at the Maritime Museum ticket booth or gift Shop.