'The Perfect Predator:': A memoir of one woman's extraordinary effort to save her husband's life from the 'worst superbug on earth' 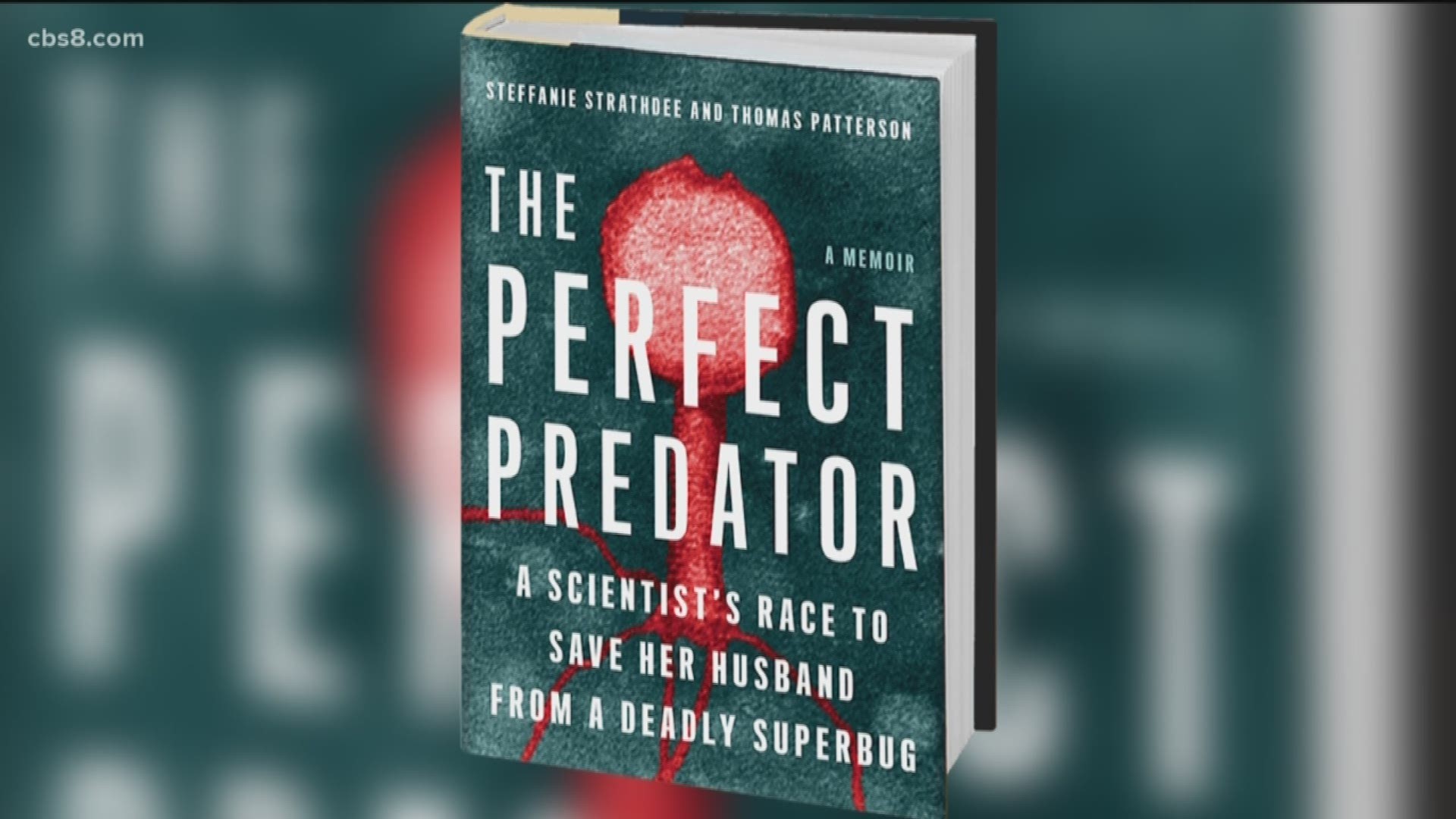 Synopsis:
A bracing medical thriller about one woman’s race to save her husband from a lethal, antibiotic-resistant superbug.

Epidemiologist Steffanie Strathdee and her husband, psychologist Tom Patterson, were vacationing in Egypt when Tom came down with a stomach bug. Steffanie dosed Tom with an antibiotic and expected the discomfort to pass. Instead, his condition turned critical.

Local doctors at an Egyptian clinic, an emergency medevac team and then a German hospital failed to cure him. By the time Tom reached the world-class medical center at UC San Diego, where both he and Steffanie worked, bloodwork revealed why modern medicine was failing: Tom was fighting one of the most dangerous, antibiotic-resistant bacteria in the world.

Frantic, Steffanie combed through research old and new and came across phage theory: the idea that the right virus, aka “the perfect predator,” can kill even the most lethal bacteria. Phage treatment had fallen out of favor almost 100 years ago, after antibiotic use went mainstream. Now, with time running out, Steffanie appealed to phage researchers all over the world for help. . . and together they achieved a major medical breakthrough.

The Perfect Predator is a nail-biting account of how Steffanie resurrected a forgotten cure—allying with the FDA, researchers from Texas A&M, and a clandestine Navy biomedical center—to design a treatment and save her husband before it was too late. The Perfect Predator is a story of love and against-all-odds survival, detailing how Steffanie helped uncover the science behind a powerful new weapon in the global superbug crisis.