'Tres Bien: The Big Heart of the Big Kitchen': an example of activism and compassion 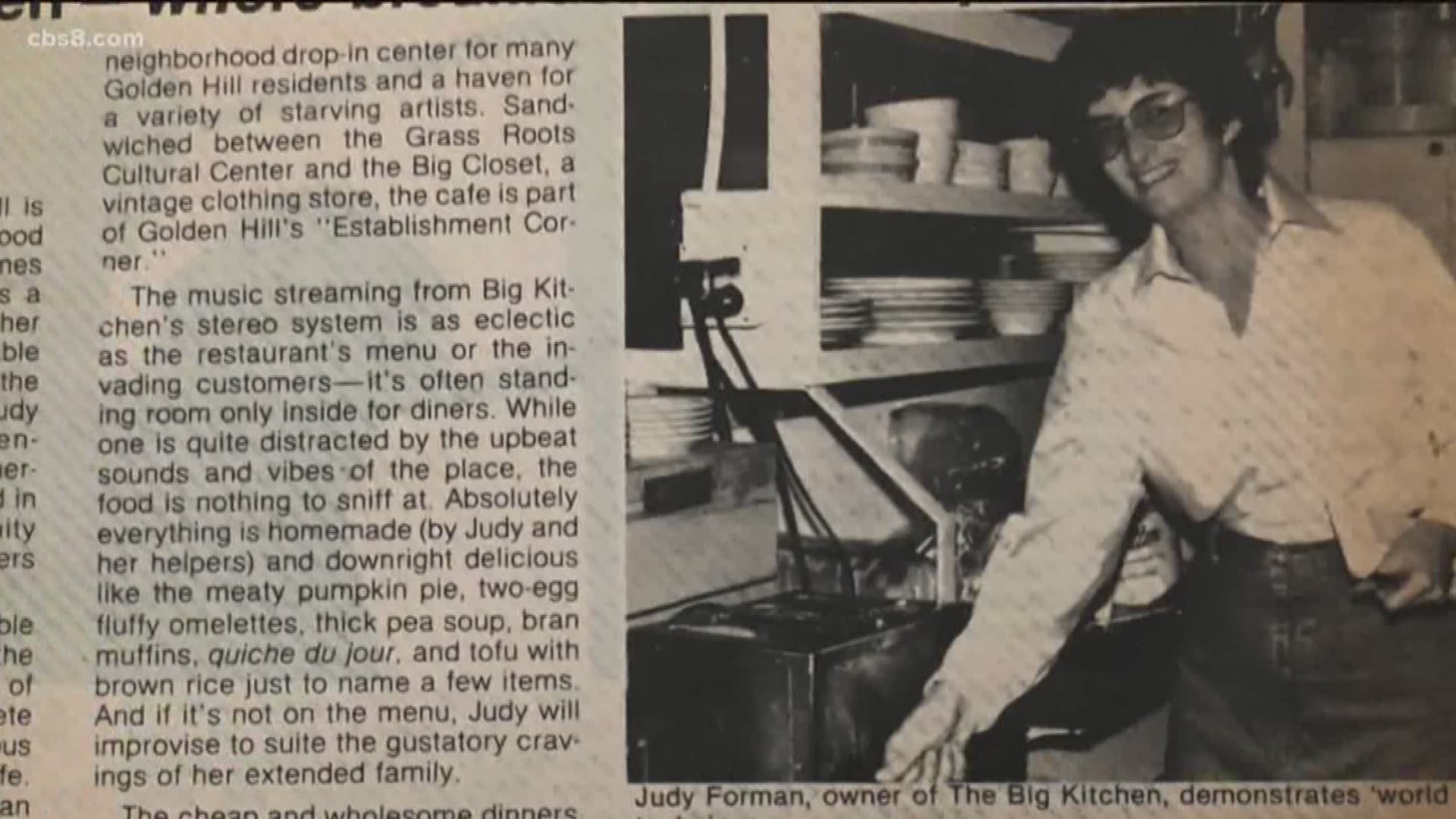 SAN DIEGO — Meet Judy Forman. She is the owner of  the Big Kitchen in Golden Hill. But it did not start there. Judy started as a social worker, working with the gangs of Detroit before abruptly moving to San Diego and getting a job at the Big Kitchen as a dishwasher.  She worked her way up to becoming a waitress and eventually bought The Big Kitchen, turning it into a cultural, artistic and social hub of central San Diego.

Judy is the subject of "Tres Bien: The Big Heart of the Big Kitchen– A San Diego Icon” that is screening on April 16th at 7PM at Landmark Cinema Hillcrest during San Diego Film Week. The film is part of the KPBS Explore Special Showcase, featuring documentaries produced through the KPBS Explore Local Content Fund.

The documentary covers decades of her life and she got to see in the documentary all that’s she’s been able to do in her life and still has more to do! Deeming herself, "The Mayor of Golden Hill," the documentary tells Judy's story and showcases not only her enormous heart and the people she touches, but illustrates her magnetic and vibrant personality.  In this divisive times, Judy operates as an example of activism and compassion.