Witnesses said someone rolled a tire into traffic causing the man to crash his bike. 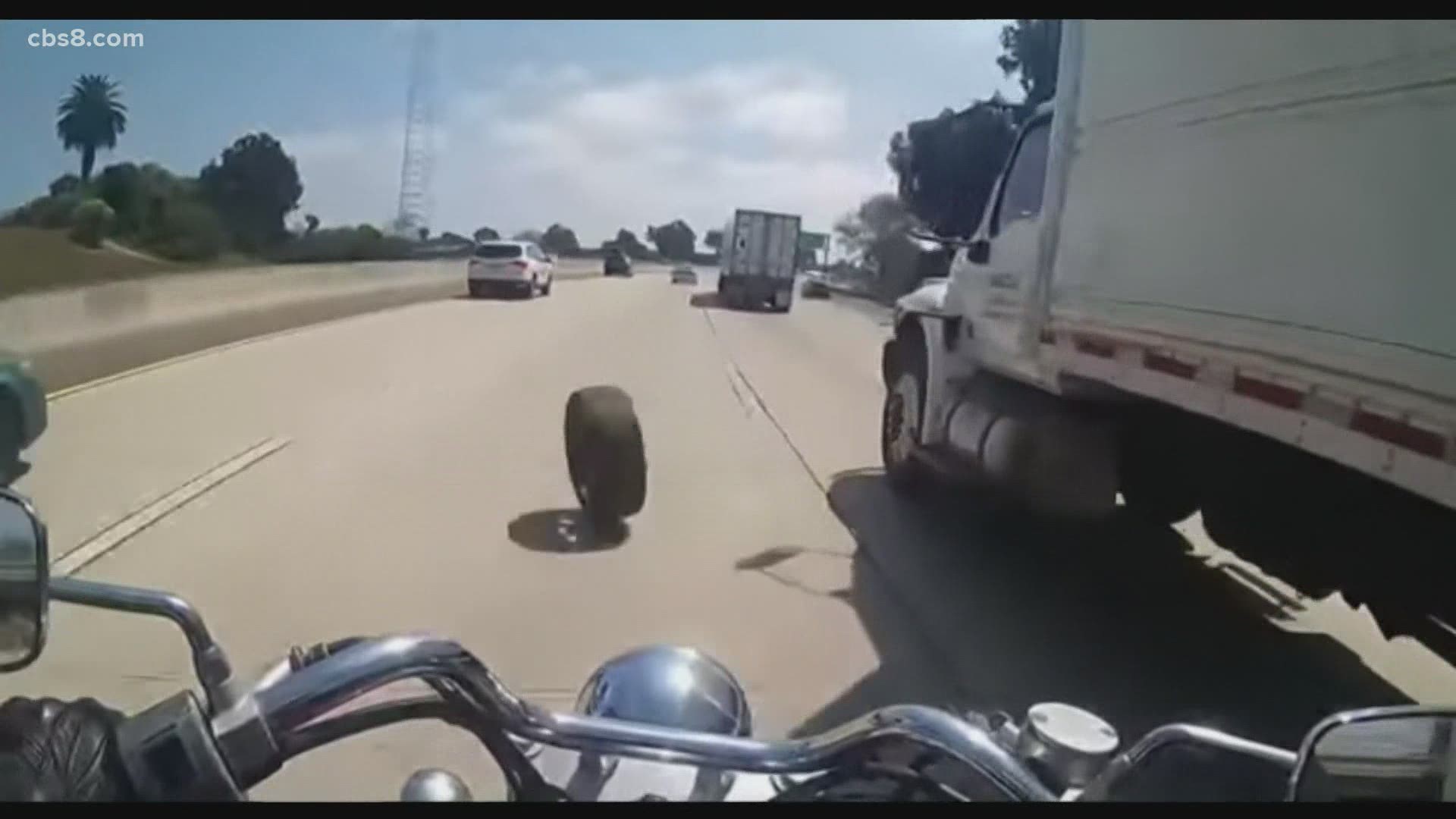 SAN DIEGO — A San Ysidro man said he survived what police called a "malicious prank" while riding his motorcycle down a San Diego freeway. Witnesses said someone rolled a tire into traffic causing the man to crash his bike.

Imagine riding down the freeway on your motorcycle and a tire comes out of nowhere and knocks you off your bike. That actually happened to motorcyclist Servando Lopez on the I-5 freeway just before the I-15 North and he shared details about the scary incident with News 8.

“I don’t know but this tire came out and it was too quick to react,” Lopez said.

Lopez said he’s lucky to be alive after crashing his motorcycle while heading home just before noon on Tuesday. He said eyewitnesses told him what they saw.

“Two guys that stopped to help me told me that they saw somebody on the hill next to the freeway roll down the tire. A guy in a light gray shirt. I didn’t see him though and I didn’t see him in the video," Lopez said.

Lopez actually caught his crash on a video recorder attached to his helmet. He said he wasn’t seriously hurt but had to think fast after falling.

“My first thought was ‘I gotta get up, I gotta get up’ because I don’t know what’s going on behind me. There could be cars speeding. They could run me over,” Lopez said.

Fortunately, he said the cars did stop for him and the two witnesses helped him get off the freeway. Lopez said he went to urgent car to be examined and had his motorcycle towed home. Now he just wants motorcyclists to be on the look out and to remember this important tip:

“I think the biggest takeaway from this is for motorcyclists to wear their gear because I hit the ground pretty hard. You can see my helmet is scratched up, my jacket is scratched up, but if I hadn’t been wearing that, I would’ve been in way worse condition,” Lopez said.

Lopez said CHP did arrive on the scene and searched for the guy witnesses saw on the hill but they didn’t find him.

He also said he’s been riding his motorcycle for about six years and he plans to buy a new bike but for now, he’s going to take a break from riding.