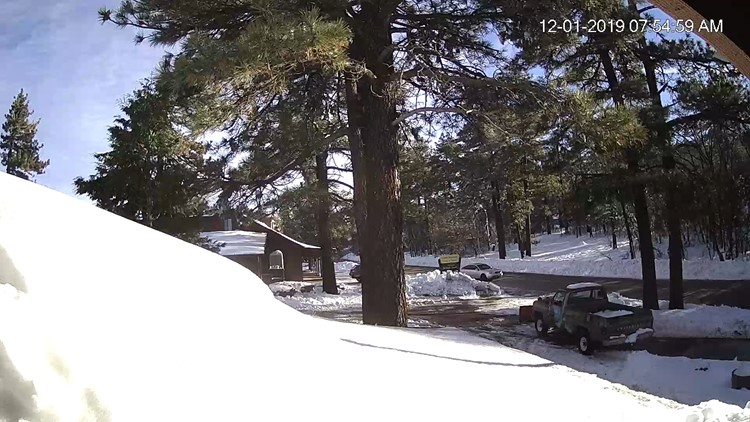 Mount Laguna still had more than a foot of snow on the ground early Sunday morning.

In the heart of Julian, businesses boomed with customers lined up outside, some waiting as long as an hour and a half at different establishments Saturday.

More waiting occurred on the highways, as visitors from San Diego drove to downtown Julian.