Convicted sexual predator Merle Wakefield is scheduled for a hearing on May 10 and neighbors say they will do whatever they can to keep their children safe. 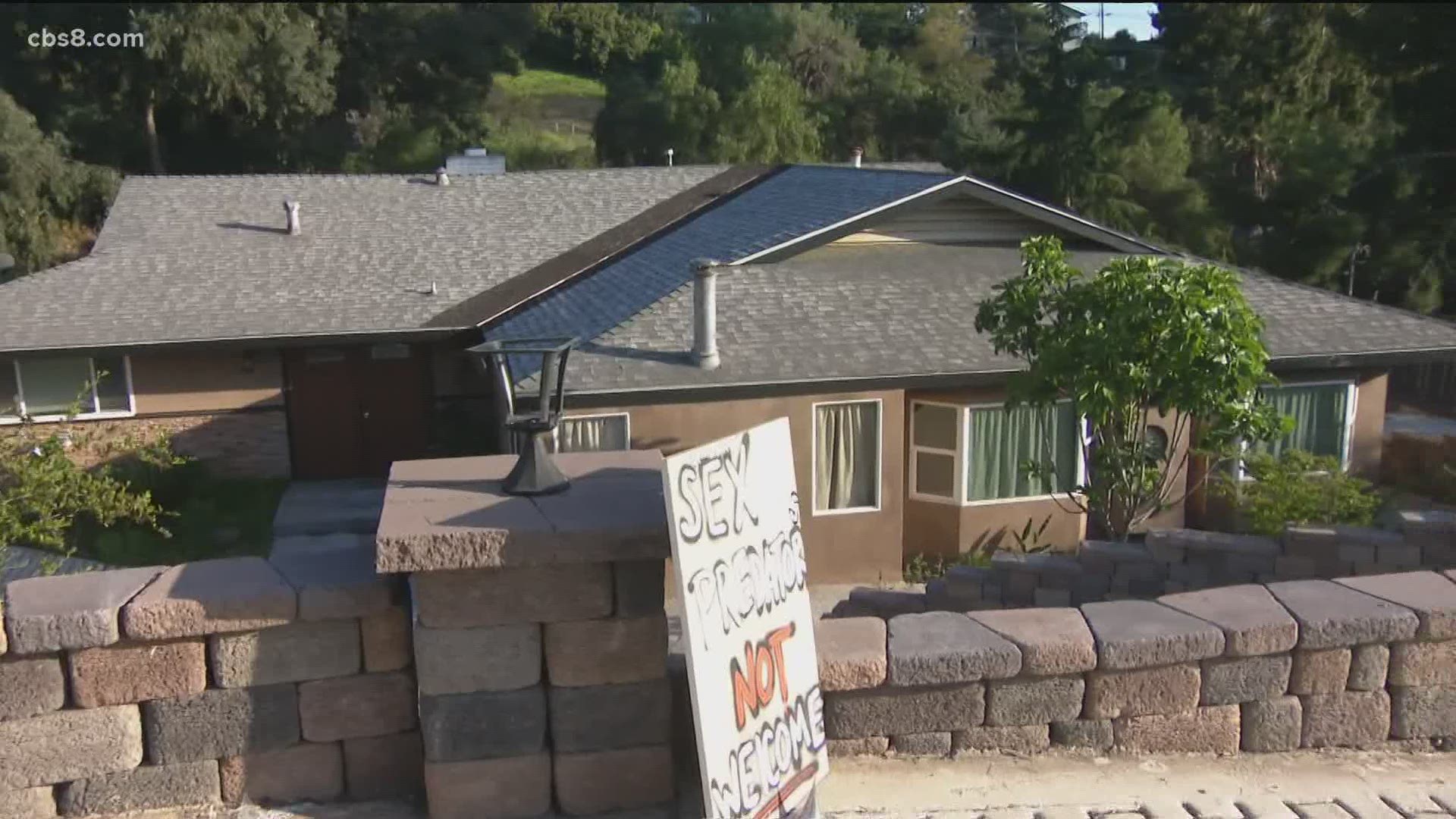 EL CAJON, Calif. — Residents in El Cajon continue to push back against sexual predators moving into their neighborhood. Dozens of people came out to rally just as the courts may make a decision allowing a sexually violent predator to move in.

Saturday was the second rally held in Mount Helix to bring attention to the fact that two sex offenders may soon be living in the area. Outraged neighbors in El Cajon are rallying to stop another sexual predator from living in the area.

“I’m infuriated. My husband, we worked so hard to live in this neighborhood. I care about the city of El Cajon,” said Mrs. Kelso, who lives nearby and has children.

Convicted sexual predator Merle Wakefield is scheduled for a hearing on May 10 with Monday as the deadline to submit comments to the court and neighbors say they will do whatever they can to keep their children safe.

“It’s not right to just dump these guys into a community full of children. It’s not OK. I understand the law and I understand they need somewhere to go. Not literally, there are so many people surrounding this house,” Kelso said.

Many of the neighbors blame Liberty Healthcare and the Spinali Estate for helping predators move into the area. Liberty Healthcare is the company that will monitor the convicted sex offenders and Spinali owns the home they may be living in.

“Why is this guy Spinali making a business right down the street? To me, that’s a business, the business of sexual predators right here,” said Kelly Manning, who has grandchildren in Mt. Helix.

At the rally, supporters of the community also voiced their concerns about predators like Wakefield and the damage they can cause families.

“I mean come on. Look at all the children here today. I was a child that was abused like that and I don’t want them to be abused,” said Cynthia.

Earlier this week, a court hearing was held for 78-year-old Douglas Badger, a convicted sex offender who may be living at the same house with Wakefield.

So far, the court hasn’t made a decision about Badger being placed there and neighbors say they’re praying that the court will reconsider placing Wakefield in this home in the upcoming hearing on May 10.

Editors note: This story initially incorrectly identified the hearing date for Merle Wakefield. The correct scheduled date for the hearing at this time is May 10.  The final day to submit comments to the court is Monday, April 26.  We regret the error.