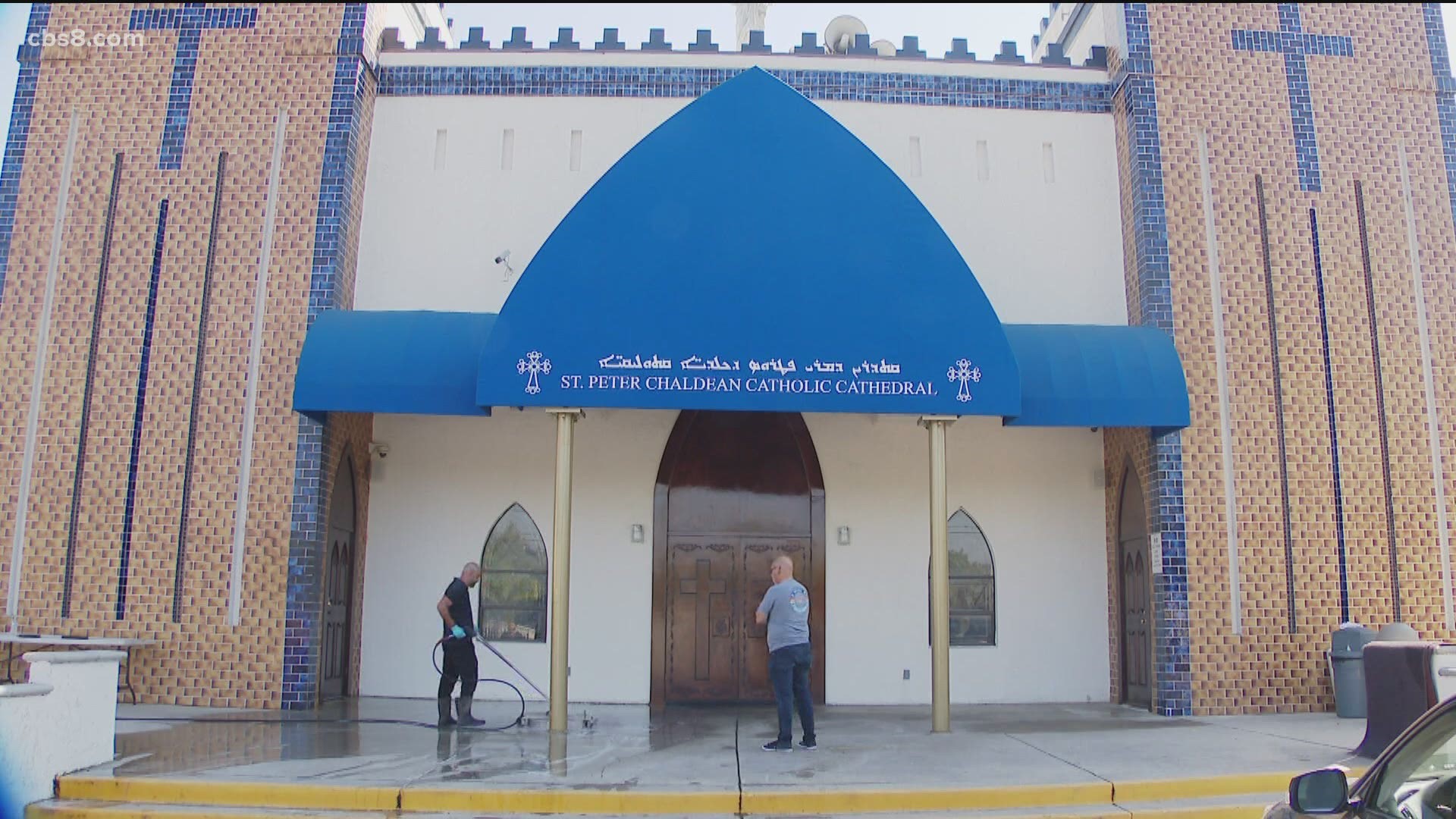 Vandals graffitied Saint Peter Chaldean Catholic Cathedral and Our Mother of Perpetual Help Catholic Church. Images were painted on walls and floors outside the churches.

According to a Facebook post by Saint Peter Chaldean Catholic Cathedral, there were swastikas drawn as well as multiple political messages.

The sheriff’s department said in its release that it has no tolerance for hate crimes and they are actively investigating the incident.

Parishioners rallied together to clean the graffiti on Saturday saying they have never experienced anything like this.