Police say the shooter was "bumping into people" and "acting as the aggressor" in these shootings. 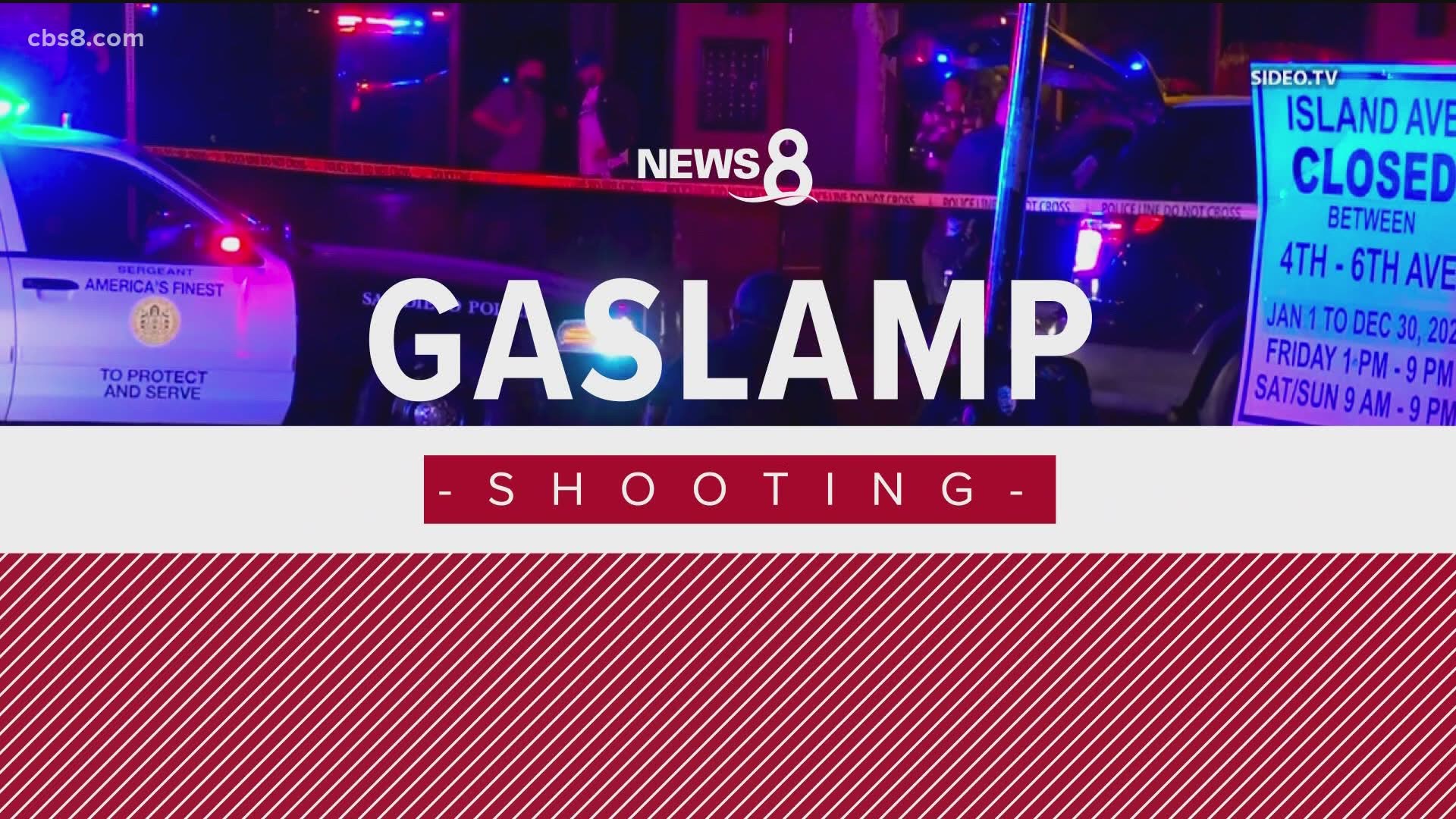 SAN DIEGO — San Diego Police says one man is dead after a shooting near 500 J Street in downtown. Police think the shooter got into some sort of fight with the victim around 10:30 Thursday night before shooting him outside the Pendry Hotel.

The victim is being described as a 28-year-old white male who was working for ACE Parking at the hotel.

During an afternoon news conference, the SDPD identified the suspect as 32-year-old, Travis Sarreshteh, who is a San Diego resident that lives in the downtown area. He was booked into jail for murder and four counts of attempted murder. Police also said that Sarreshteh used a gun that was a 9 millimeter "ghost gun." At this time, police believe this to be an unprovoked and isolated incident.

Police say the man then walked a block north to 5th and Island where he got into another argument with a group of men and opened fire once again. Four men were shot at that scene. A 28-year-old man was treated on scene while a 68-year-old man, a 27-year-old man and a 26-year-old man were taken
to a hospital for treatment of their injuries. The oldest man suffered a gunshot wound to his torso, while the 27-year-old man had "serious gunshot injuries" to his upper body and the youngest man suffered a gunshot wound to his arm. During Friday afternoon's press conference, SDPD said they expected all four victims to recover.

According to police, after the suspect shot the four men he walked away from the scene but was followed by citizens who attempted to detain him. When officers arrived the suspect struggled with officers prompting one officer to shoot the suspect with a taser.

A witness said the gunman was purposely bumping into people and starting arguments before the shooting.

Officers took the suspect into custody and recovered the firearm from him. The suspect was taken to the hospital as is protocol after being shot by a taser. 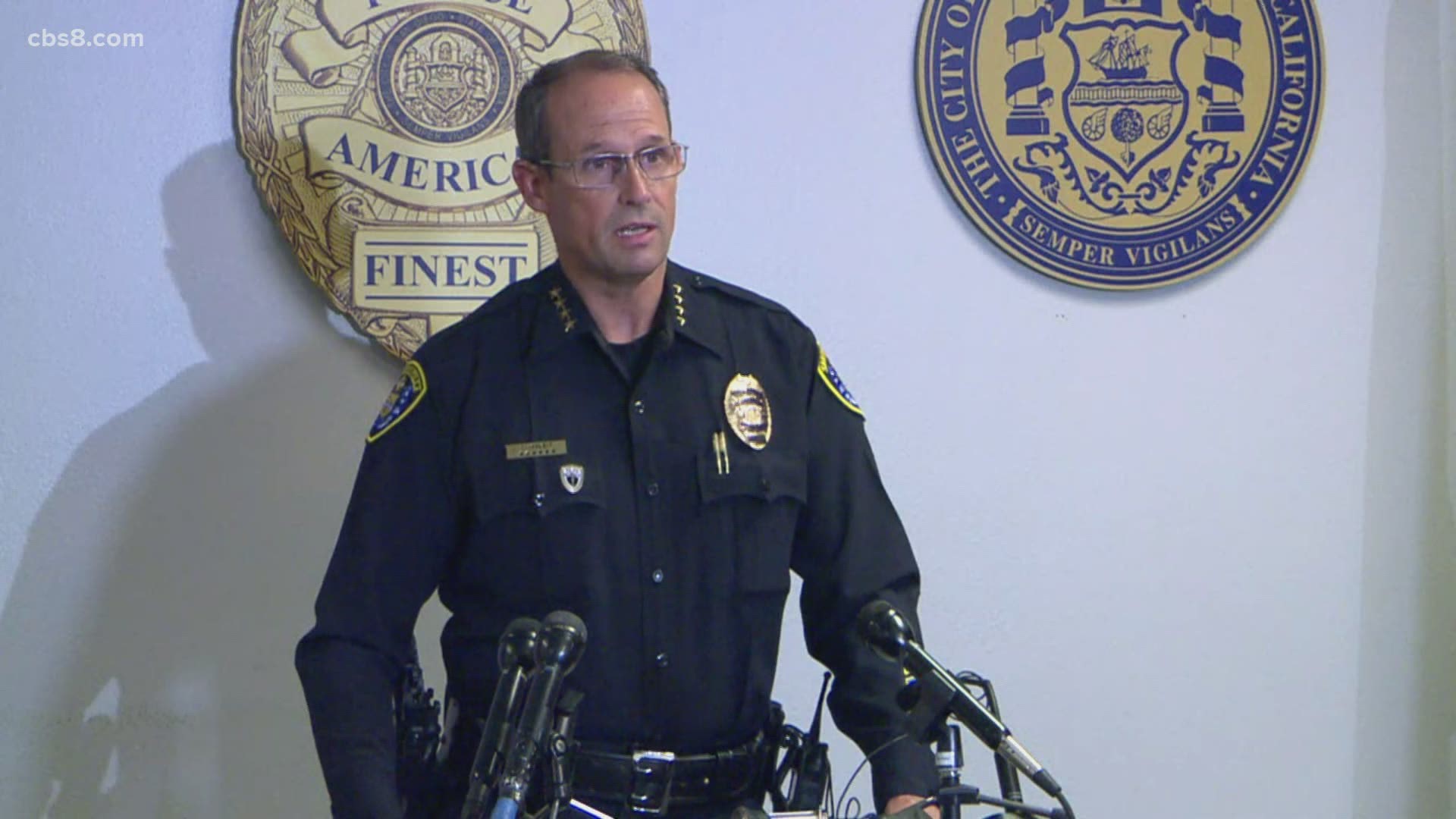 The owner of ACE Parking, Keith Jones, gave News 8 this statement, "Our ACE Parking family is deeply saddened about the incident that occurred last night in the Gaslamp. Our condolences go out to the victim, a beloved ACE employee, and his family. We are working hand-in-hand with the San Diego Police Department to support the ongoing investigation. We are also in the process of establishing a GoFundMe page to support the victim and his family.”

The Pendry Hotel in San Diego released a statement saying, "On Thursday night, April 22, a shooting incident occurred in Downtown San Diego claiming the life of one of our valet team members, who was contracted through ACE Parking. San Diego Police responded quickly to the scene, securing the area and arresting the suspect. We are working closely with our partners at ACE Parking to support the Police Department’s investigation. Pendry San Diego is devastated by the incidents that occurred last night. We remain committed to the safety and security of our guests and associates. All questions should be directed to the San Diego Police Department as part of its ongoing investigation into the incident.”

Authorities have not disclosed a suspected motive for the shooting.

BREAKING NEWS: Multiple people were shot in the Gaslamp Quarter last night. One man died after being shot outside The Pendry Hotel. Another four were wounded just north of that area. Suspect is in custody. @CBS8 pic.twitter.com/8JLF9nfjUD