Less than a week after Hampton University unveiled its Legacy Park, students say someone damaged one of the statues. 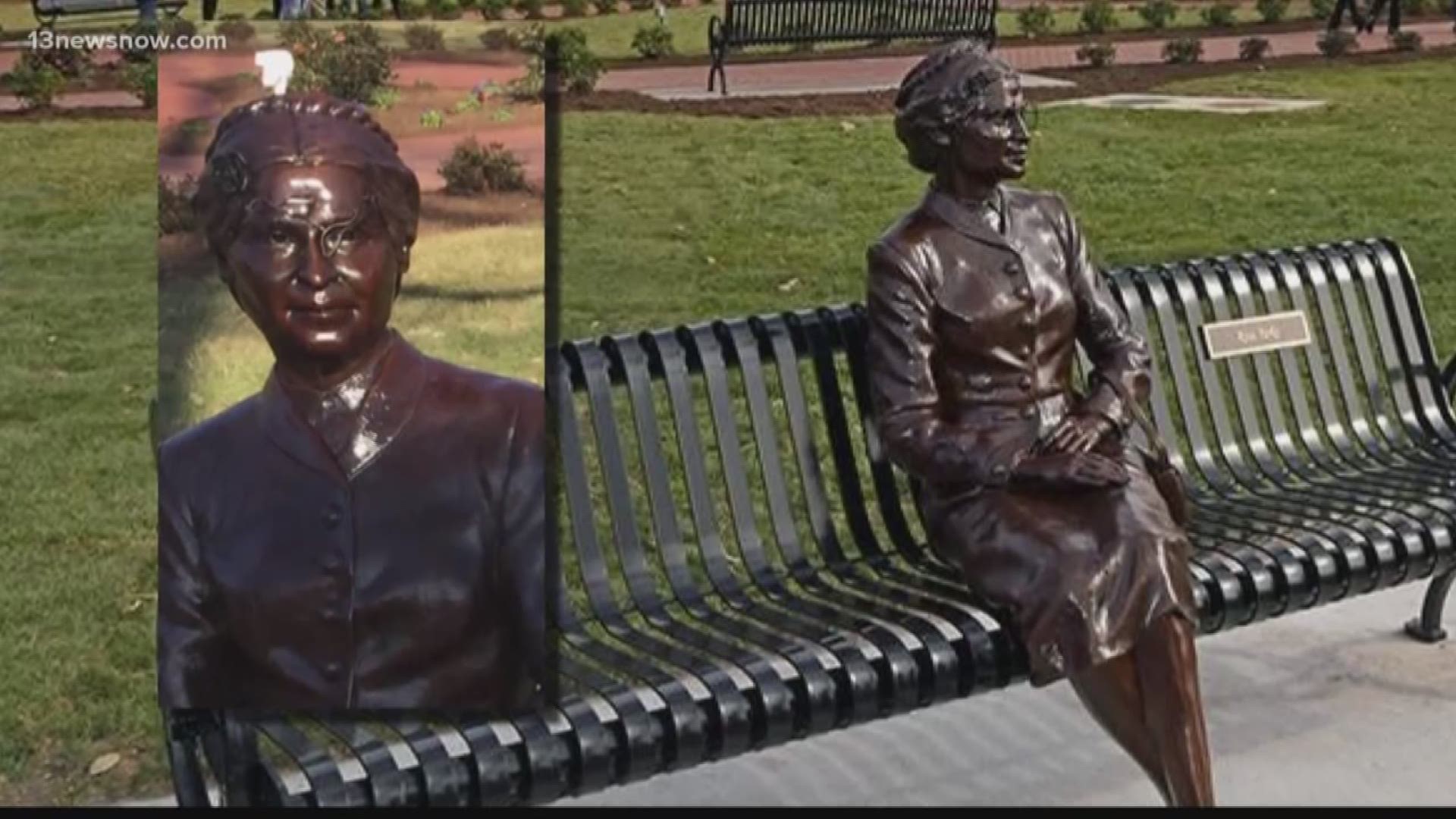 Students made the discovery less than a week after campus officials unveiled the park.

David Titus, a senior at Hampton, said he saw a group of people surrounding the statue last Friday.

“When I was driving by they looked at me and stopped what they were doing,” Titus said. “It's horrible, why take time out of your day to vandalize something that means so much?”

The damage comes after students voiced their concerns last week about the individuals the school decided to recognize, like Presidents William Taft and George H. W. Bush.

“Students have an issue with the other statues and there are things they are doing to push to get it removed and this may have been a way to get attention,” Junior Elizabeth Allen said.

Last week, 13News Now received the below statement from B. Da’Vida Plummer, the spokeswoman for Hampton University, about the statue controversy:

"Legacy Park pays tribute to 13 iconic individuals who have supported Hampton University’s mission of providing high-quality academics and the development of character in all who are and have been associated with this great institution. This is a noteworthy group of men and women, Black, White, and Native American, who hail from all walks of life—Dr. Martin Luther King, Rosa Parks, William Howard Taft, Mary Jackson, Barack Hussein Obama, Susan B. La Flesche, Mary Peake, George H.W. Bush, Jerome Holland, Reuben Burrell, Frederick Douglas, Dr. William R. Harvey and General Samuel Chapman Armstrong. The privately funded park, commissioned by Hampton University’s Board of Trustees, recognizes the significant support from all who are represented and it will be visited and enjoyed for generations.

Legacy Park was commissioned by the Hampton University Board of Trustees. It is located between Hampton’s noted historical landmarks, Memorial Church and Ogden Hall, and faces the campus' scenic waterfront.