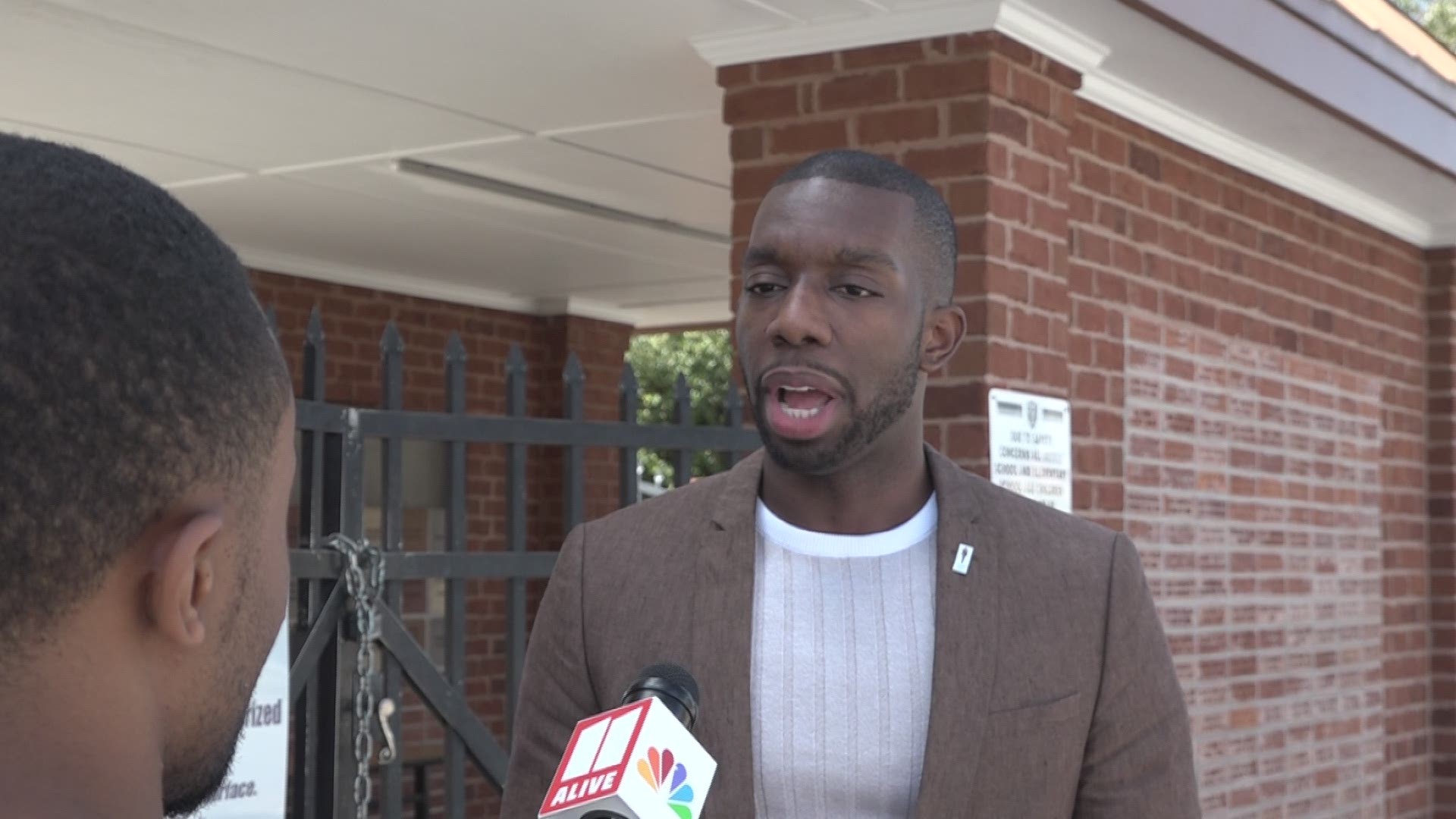 In December 2018, Blair was sworn in as the youngest -- at 26 years old -- and the first person of color to the Gwinnett County School Board.

On National Coming Out Day, Blair made history again. He announced that he is gay.

This makes Blair the first openly-gay Gwinnett County School Board Member and the second out black gay man to hold public office in the state of Georgia, according to NBC.

Blair is a Gwinnett County native and is a graduate of Shiloh High School.

After serving a stint at the White House as a part of the Obama administration as policy and advocacy fellow, studying at Harvard and Stanford and serving as a teacher in Atlanta with the nonprofit Teach for America, Blair said he wanted to return home to make tangible change.

“I felt as if though there wasn’t enough impact,” Blair told 11Alive.

“But, I thought of one place where I could make a change and that was home,” he added.

So, he came home, ran for the school board and won.

Blair made his 'coming out' announcement via a letter posted to his Instagram Friday morning.

“As a Black, gay school board member, there are experiences I recount where I felt either too Black in gay environments or too gay in Black ones,” he writes.

Blair also writes, “I’m incredibly excited—and hopeful—to stand with the thousands of LGBTQ+ students in my school district in this new way.”

Blair said that he wanted to center the experiences of young people in his coming out announcement. He said that he hopes his courage will improve the lives and reduce shame in other young people who want to come out.

“If I could reduce one fraction or one iota of stigma or shame [in young people] in what I know is a very hard experience, that’s what motivated me to do this.”

Nearly 2 million LGBTQ youths ages 13 to 24 in the United States consider suicide each year, according to research from the Trevor Project and 34% of LGBT students were bullied on school property, according to the CDC.

Blair told 11Alive that it is important for LGBT youth who want or need help to reach out to organizations like the Trevor Project.

If you or someone you know is in crisis, call the National Suicide Prevention Lifeline at 800-273-8255, text HOME to 741741 or visit SpeakingOfSuicide.com/resources for additional resources. Or contact The Trevor Project, the world’s largest suicide prevention and crisis intervention organization for LGBTQ youth at 1-866-488-7386 or by texting START to 678678.

School board member eliminates debt for graduates at high school