National Forests around California closed for at least two weeks

Seventeen out of California's 20 National Forests will be closed until at least September 17 to prevent the spread of wildfires. 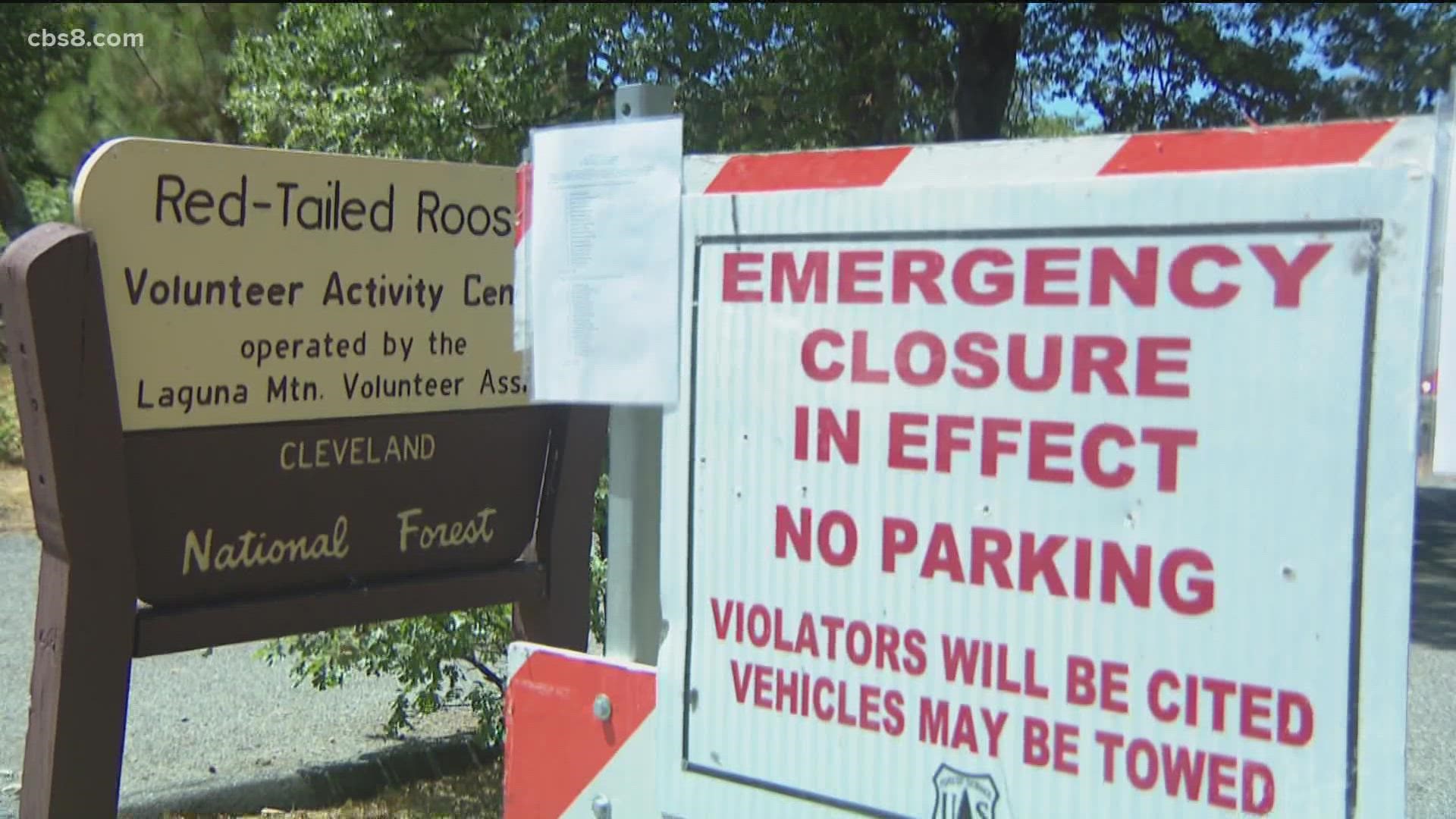 SAN DIEGO COUNTY, Calif. — While winding up Sunrise Highway, Mitch Reinis and his family never saw any signs that the Cleveland National Forest was closed. They had just driven from Los Angeles.

"Yeah, that was a big surprise," he said. "We didn't have any notification. So it's a long ride up here and a long ride back."

With the ever-constant threat of wildfires, Jennifer Eberlein the top forester for the Pacific Southwest Region, issued an order Monday temporarily closing 17 out of 20 National Forests throughout California.

In a statement, Eberlein said: “By temporarily reducing the numbers of people on National Forests during this period of extreme threat…decrease the potential for new fire starts at a time of extremely limited firefighting resources.”

This year’s fire season is devastating Northern and Central California. The Dixie, McFarland and Caldor fires alone, have burned more than a million acres of national forest land this year.

But Southern California has been largely spared. The Chaparral fire burning north of Oceanside has been relatively small compared to other fires around the state.

Though San Diego county has not seen a devastating fire this year, the forest service is taking no chances and included the Cleveland National Forest in their list of closures. It’s a popular area for Labor Day weekend campers and hikers.

"The lodging is horrendous. I have to refund money and that's all prepaid." said Tom, owner of the Laguna Mountain Lodge right off Sunrise Highway. "We were stocking up on Monday for the weekend and buying product. Now I'm going to end up throwing away."

Because his store is on federal land, the order means he has to shutter his doors. He says the forest service has made him close while there was active fires burning in the area, but never to prevent one.

"There's no imminent fire danger. They're just concerned about somebody starting one or using resources they say they don't have," he said. "Why is the national parks, which is the job of the federal division, they're so open. Why are the state parks still open?"

California State parks and national parks are run by different agencies and could close if needed.

Right now, the Forest Service order extends to September 17 but could be adjusted based on firefighting efforts around the state. But only time will tell if our region will be spared the smoke and ash of the major fires burning in Northern California.

"I'm hoping they allow me to open," said Tom. "On the other hand, I don't want fires either."

WATCH: Wildlife run to safety as the Caldor Fire continues to burn in Lake Tahoe