San Diego Sheriff Bill Gore said he requested the troops because local law enforcement "were outmanned, and they weren't going to let it happen again." 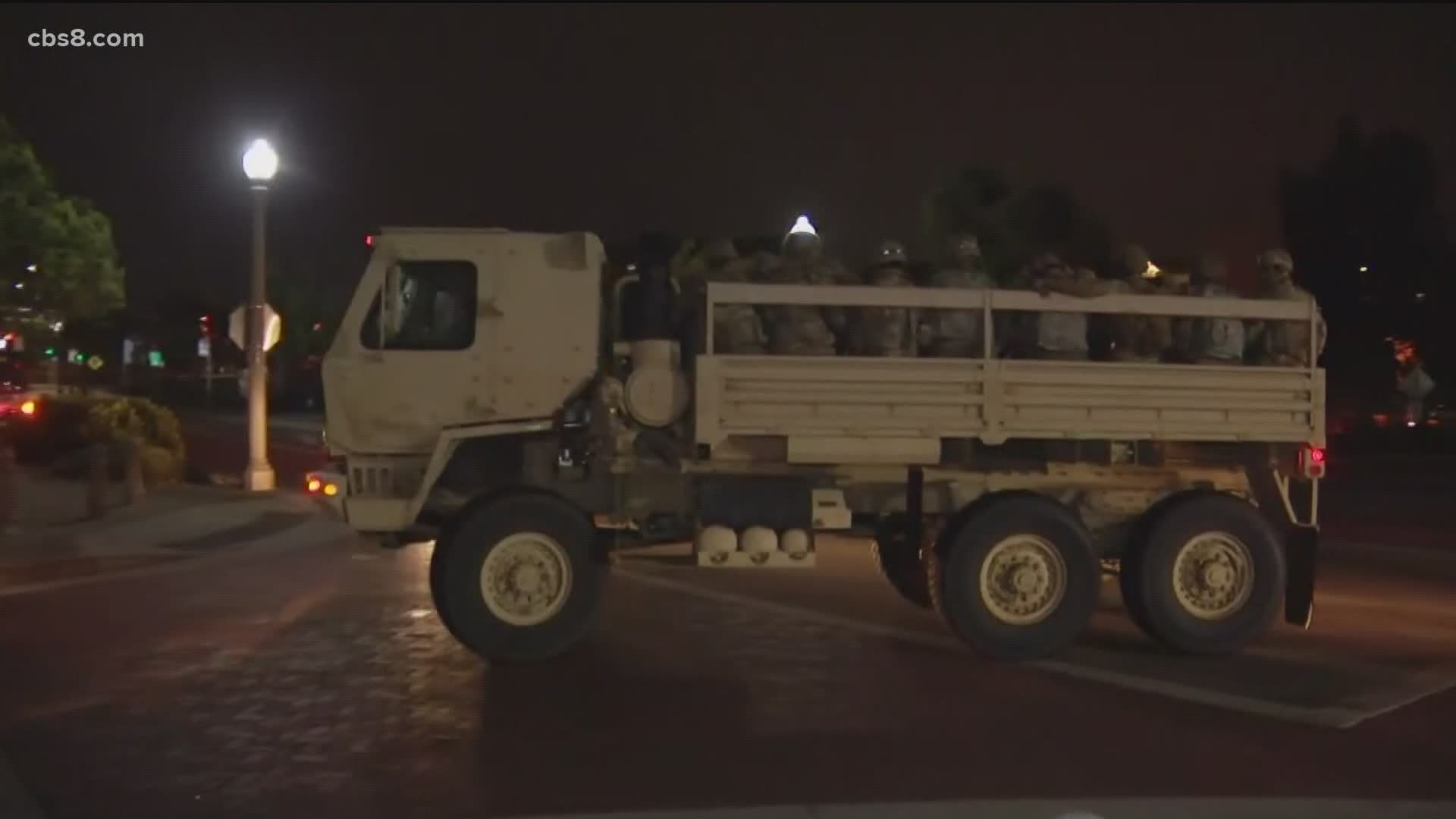 SAN DIEGO COUNTY, Calif. — Two hundred California National Guard troops were deployed in the San Diego area Wednesday to support police in La Mesa and deputies around the county after a request from Sheriff Bill Gore.

The law enforcement reinforcements came amid continuing protests calling for racial justice and an end to police brutality in the wake of the death of George Floyd.

"San Diego County has requested the National Guard (to) assist with security in the region due to the recent civil unrest," La Mesa city officials said in a statement released Wednesday night. "A portion of them will be responding to La Mesa this evening. You may also see them throughout the county."

The 200-plus members of the California National Guard "will support local law enforcement to thwart any vandalism, destruction of property and business break-ins," according to the San Diego County Sheriff's Department.

"We are with the protesters but we're afraid for our town, so we're on both sides," said Arlene Moore, owner of Bohemian House in La Mesa.

Up and down La Mesa Boulevard, businesses have been boarded up.

"It really freaks me out we have the National Guard a block from our store," said Moore. "I’m happy they're here, but afraid of what it could bring."

Half of the Guardsmen were deployed to La Mesa and the rest will be deployed elsewhere across the region along with local deputies, sheriff's officials said.

"It’s hard to believe it’s come to this," said Charla Schaefer. She lives in Spring Valley, but often shops in La Mesa. "You see other countries having problems like this, now it’s here. It seems unreal."

But not everyone agrees that bringing the soldiers here was the right thing to do.

"To me, I think it’s going to escalate the problem," he added.

"We remain committed (to) protecting people's right to peacefully protest," Gore said in a statement released late Thursday morning. "We also want to prepare for any demonstrations escalating into riots. We saw this happen in La Mesa (last) Saturday ... when several businesses were looted and damaged, including two banks, which burned to the ground. La Mesa City Hall also sustained fire damage as rioters broke in and tried to burn it down."

He said deputies who came to the aid of city police during the violent demonstration "did not have enough resources to stop the vandals and thieves from targeting law enforcement and ravaging businesses."

"The crowd was more than we anticipated," he said. "We were outmanned. We're not going to let that happen again."

According to witnesses, the rally escalated into chaos, thievery and malicious property damage after police used tear gas, pepper spray and beanbag-shotgun rounds on demonstrators outside La Mesa police headquarters.

The East County city has implemented a curfew from 7 p.m. to 5:30 a.m. each day since Sunday and is set to continue each day through Monday.

There have been no protests in La Mesa since Saturday.

Wednesday marked the sixth straight day of protests in the San Diego area. A protest Sunday in downtown San Diego also resulted in damage to several businesses after police fired tear gas at protesters earlier in the day.

During wildfires that swept the county in 2003 and 2007, the National Guard was deployed to help with mass evacuations, Gore noted.

"It is made up of people who volunteer from our communities," he said. "They could be people you know, like teachers, doctors, lawyers, retail clerks or parents." 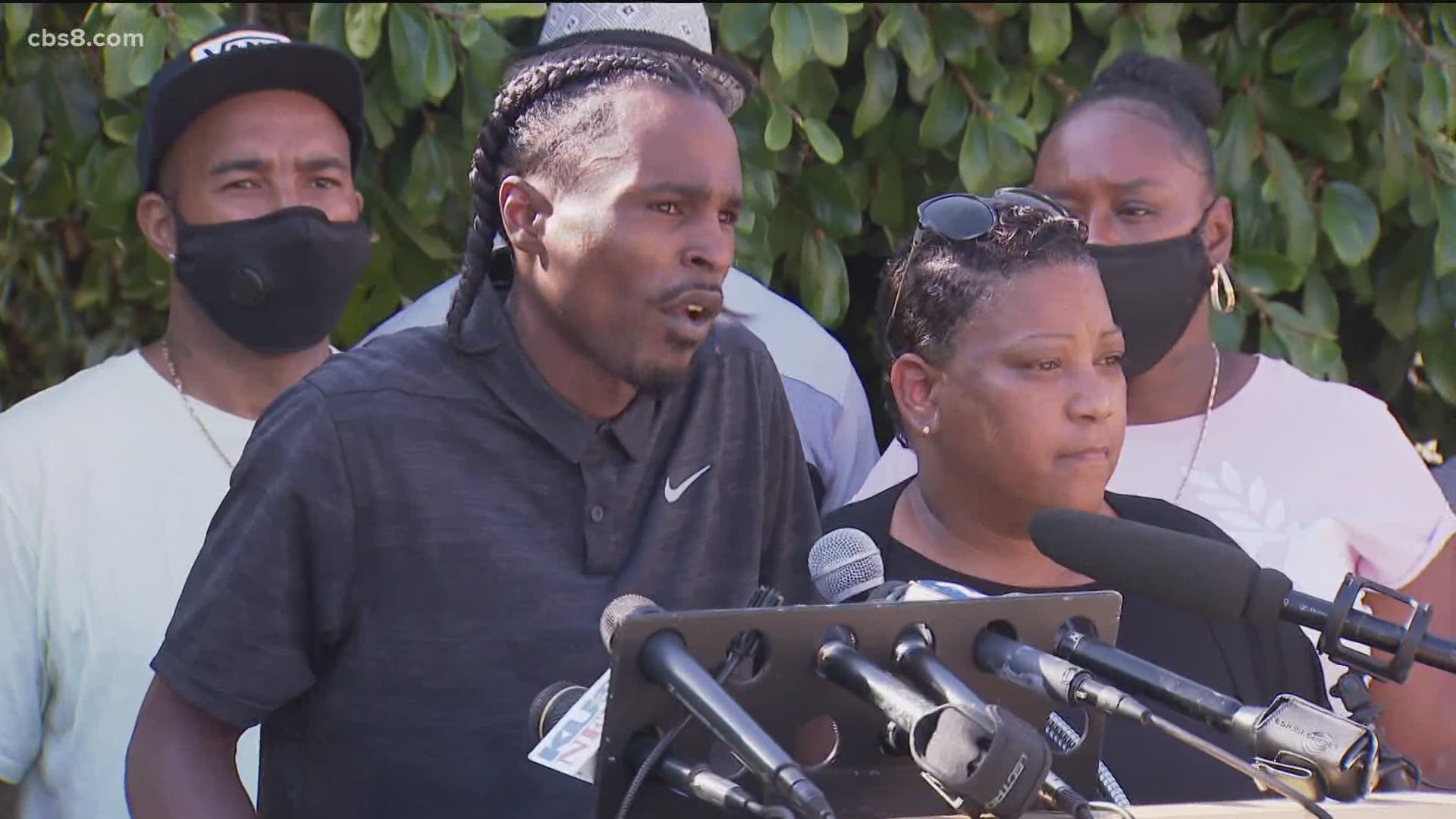