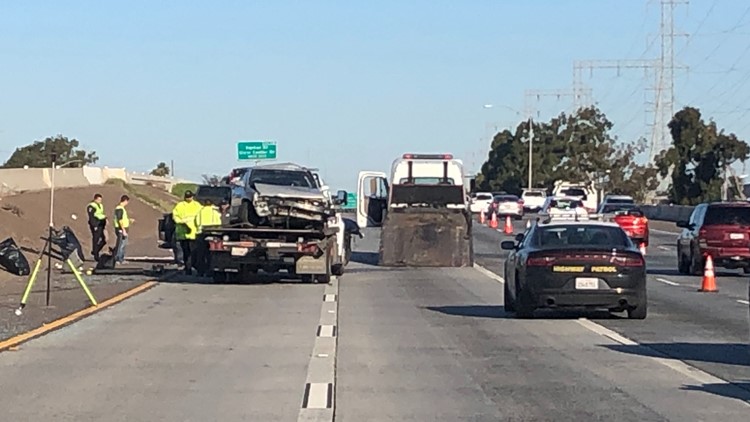 NATIONAL CITY, Calif. — A 36-year-old man was killed in a crash on Interstate 5 in National City Saturday morning, the California Highway Patrol said.

Investigators say the driver who caused the crash fled the scene. On Tuesday, California Highway Patrol identified the suspect as 45-year-old Raul Brown. He's accused of fleeing in the scene in a Toyota Tacoma.

The accident involved four vehicles, according to the CHP.

All lanes of northbound Interstate 5 were closed for several hours between Mile of Cars Way and Harbor Dr/Civic Center Dr. Lanes were reopened at 10:40 a.m.