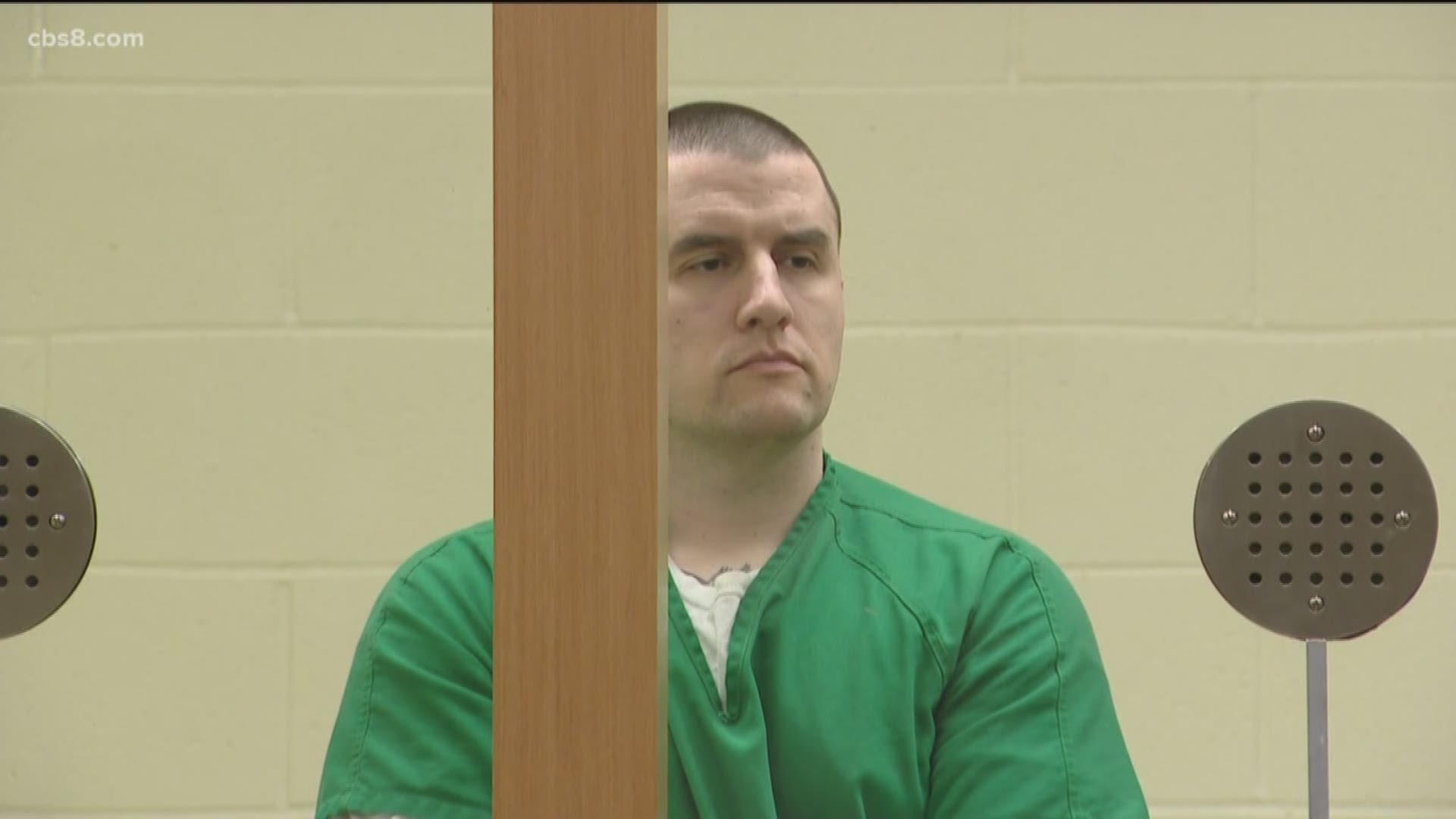 Former Petty Officer 1st Class Gregory Kyle Seerden, 33, pleaded guilty earlier this year to seven felony counts of lewd acts on a child. The victim was between 5 and 7 years old when molested and is now 12 years old.

She was not present for Seerden's sentencing, but her mother delivered a victim impact statement at the hearing.

"I've seen a man that was sworn to uphold a better standard of values getting away with the most heinous acts of crime that I can think of," she said. "How many broken lives lie at the feet of the defendant? We can start healing today by making him answer for his crimes for every day for the rest of his pathetic existence."

Deputy District Attorney Amy Colby praised the victim and her mother for coming forward, with particular recognition for the girl's testimony at Seerden's preliminary hearing.

"She faced her abuser and bravely testified about the things that happened to her," Colby said. "While he may at some point have been hired to protect the country, and at some point people looked at him as a hero, she's the true hero here. Because of her testimony and her bravery, she is preventing any future crimes like this from happening."

Seerden, a ex-member of SEAL Team 1, also pleaded guilty in his federal case and was sentenced in a Virginia court last year. He will serve his state and federal prison terms consecutively and must register for life as a sex offender.

The federal case stemmed from an investigation initiated by the Navy in 2017 into allegations that Seerden raped a woman in Virginia. He was stationed in San Diego at the time, but was in Virginia for a week of training at the Little Creek base in Virginia Beach.

It was unclear if the rape investigation resulted in criminal charges, but it did lead to a search of Seerden's cell phone, where videos and photographs were discovered showing him committing sex acts near a different child victim than in the San Diego case.