The USS Bonhomme Richard, which was ravaged by a blaze that began July 12, would cost more than $3 billion to restore. 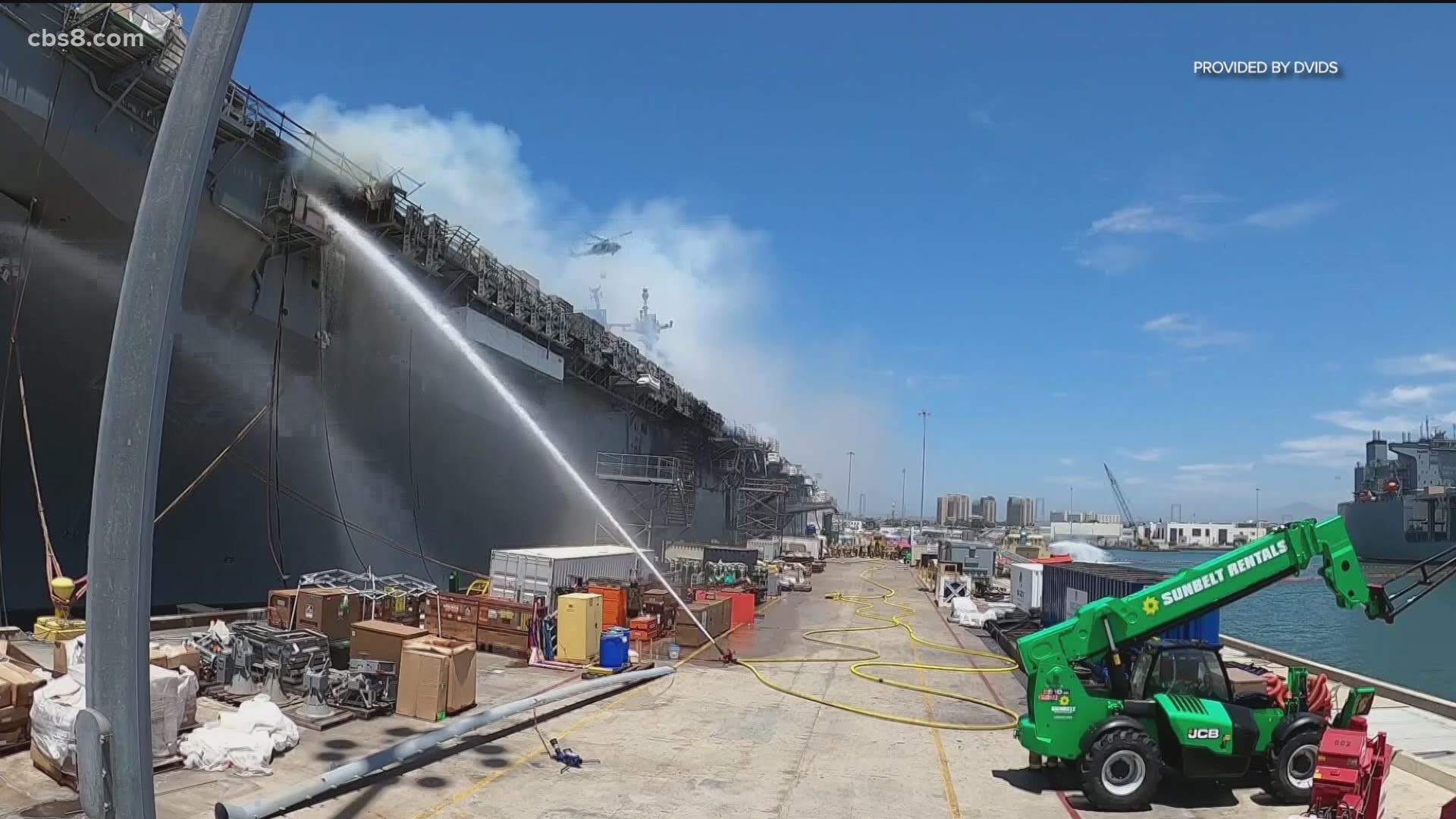 SAN DIEGO — A warship that burned for nearly five days while docked in San Diego will be decommissioned, the Navy announced Monday, citing the extensive damage the vessel sustained in the fire and excessive costs to restore it.

The USS Bonhomme Richard, which was ravaged by a blaze that began July 12, would cost more than $3 billion to restore, a process that would take between five and seven years to complete, according to the Navy.

Rebuilding the ship for alternate purposes could exceed $1 billion in costs, which Naval officials say is as much or more than the cost of a new- construction hospital ship, submarine tender, or command-and-control ship.

"We did not come to this decision lightly," said Secretary of the Navy Kenneth J. Braithwaite. "Following an extensive material assessment in which various courses of action were considered and evaluated, we came to the conclusion that it is not fiscally responsible to restore her."

"I'm not surprised given that the ship had such extensive damage," said Bryan Clark.

Clark spent 25 years in the Navy as a submarine officer. He's also worked as an analyst on naval issues and is now a senior fellow at the Hudson Institute in Washington DC.

"It doesn't look good for the Navy, in terms of its ability to manage and continue operations, but this is probably the most prudent course of action given the cost," said Clark.

This is the second vessel the Navy has lost to a fire in the past six years. Back in 2014, the USS Miami was decommissioned after a shipyard employee set it on fire.

"It takes years in most cases to actually fully disassemble and recycle a ship," said Clark.

The timeline for towing and dismantlement of the USS Bonhomme Richard is still being finalized.

However, dismantlement can't begin until numerous investigations have been completed, including a criminal one.

In August it was revealed a sailor was questioned for arson.

The Navy said all investigations regarding the fire are ongoing.

"Although it saddens me that it is not cost-effective to bring her back, I know this ship's legacy will continue to live on through the brave men and women who fought so hard to save her, as well as the sailors and Marines who served aboard her during her 22-year history," Braithwaite said.

In addition to structural damage to the ship, the fire also caused minor injuries to more than 60 sailors and civilian firefighters and sent acrid smoke billowing out over the San Diego region, raising air quality concerns for local residents.

RELATED: Reports: Arson suspected as cause of Navy ship fire in San Diego 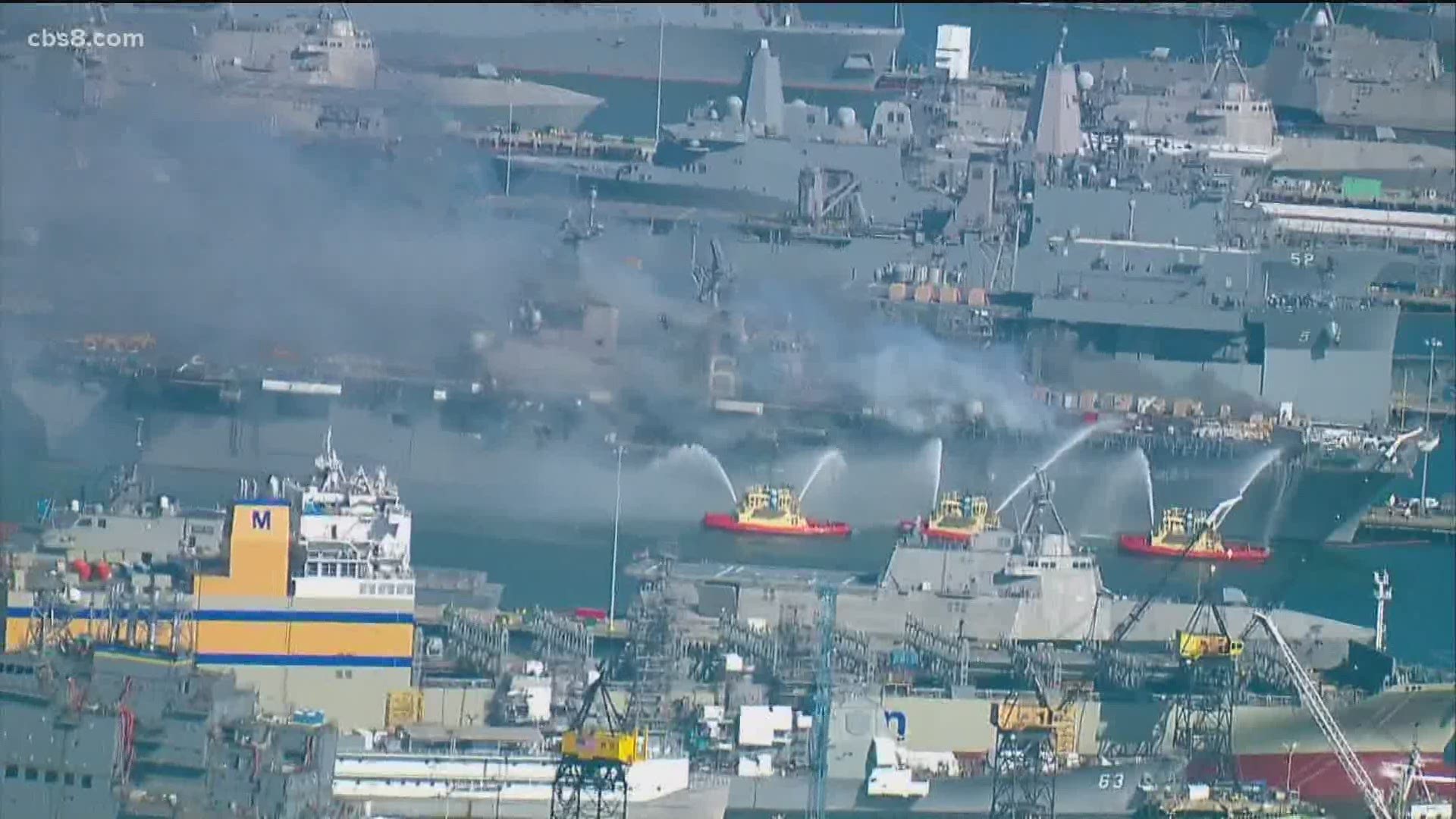