For the second day in a row, the new cases set a daily high, but accordingly, the number of COVID-19 tests reported Friday also reached a daily high. 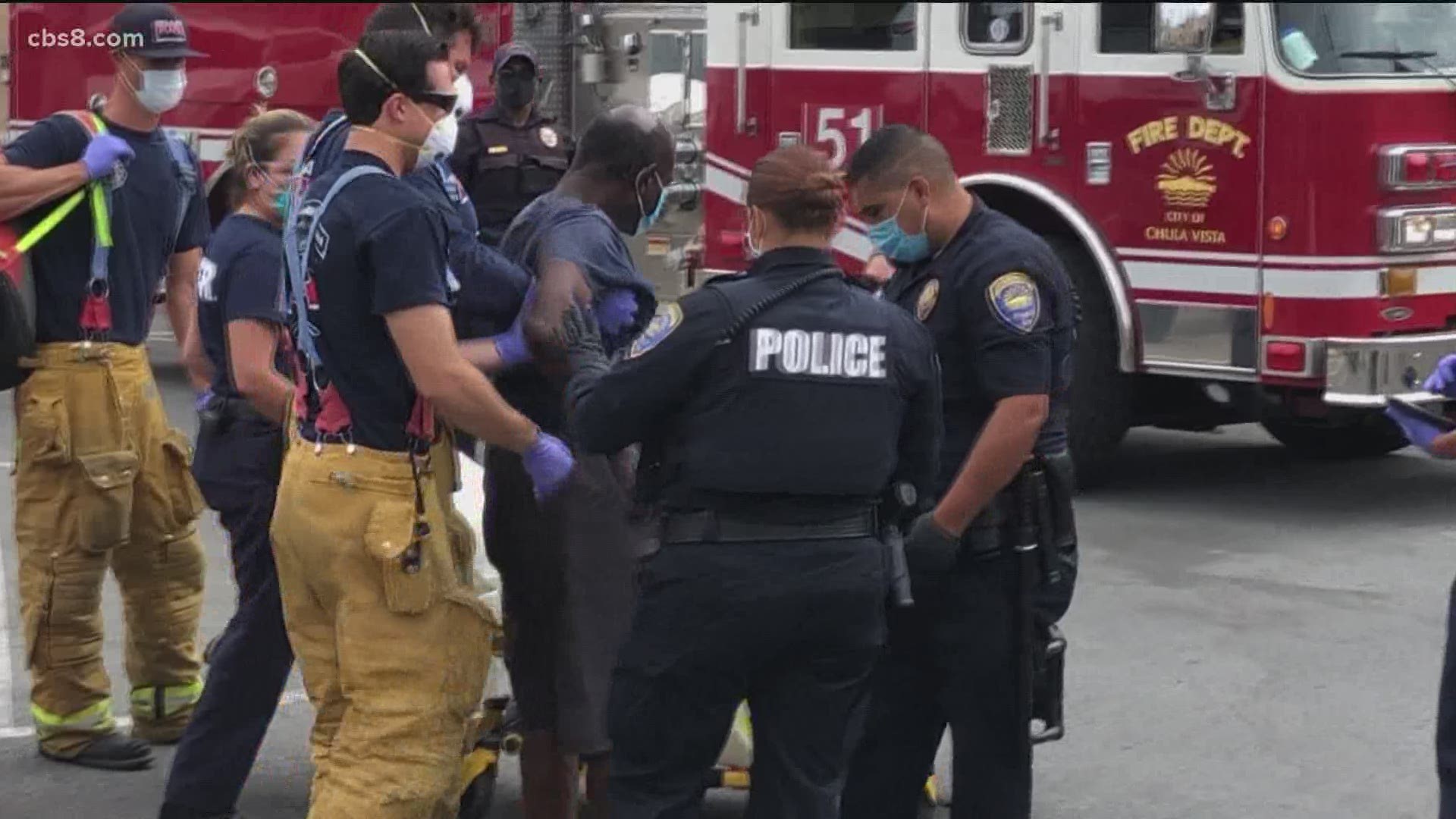 SAN DIEGO — A flurry of businesses reopened Friday throughout San Diego County as health officials reported 258 new COVID-19 cases and one death, raising the region's totals to 10,350 cases and 332 deaths.

For the second day in a row, the new cases set a daily high, but accordingly, the number of COVID-19 tests reported Friday also reached a daily high, with 10,544 tests reported. The death was a woman in her early 80s who died on June 17 and had underlying health conditions.

The 258 cases comprised just 2% of those tests reported Friday, but community-transmitted COVID-19 outbreaks have activated one of the county's public health triggers, placing a pause on any additional openings allowed by the state.

"We continue to implore the public to wear facial coverings and avoid having gatherings at your home," San Diego County Supervisor Nathan Fletcher said.

As part of the 13 public health triggers announced earlier this month, the county could take industry-specific actions, pause all reopening efforts or even dial back reopenings if enough of the metrics rise above a certain threshold. The threshold for community outbreaks -- defined as three or more lab-confirmed cases from different households -- was fewer than seven in a week's span.

Two new community outbreaks were reported Friday, offsetting three outbreaks which "fell off" the county's one-week rolling monitoring period. The total number of outbreaks in a community setting is now at seven, which keeps the metric at a caution level. Additionally, the percentage of active COVID-19 cases has grown by 28% in the last week, something which would otherwise be a red flag for the county's epidemiology team -- although testing has increased markedly, making the increase in cases within expected levels.

Fletcher did not report where exactly new outbreaks were occurring, saying doing so would "undermine" cooperation the county was receiving from businesses and other locations to report COVID-19 outbreaks.

Restaurant Nolita Hall posted on its Facebook page that an asymptomatic employee had tested positive for COVID-19 and that the Little Italy eatery would close until June 30 for deep cleaning. It was unclear as of Thursday if that restaurant was one of the community outbreaks reported, but Dr. Wilma Wooten, the county's public health officer, said the outbreaks reported at restaurants were only among staff.

Fletcher said the county would increase "targeted enforcement" of businesses in violation of public health orders.

Newsom announced Thursday that Californians would be required to wear masks in public. San Diego County as well, as eight other counties in the state, already had such orders in place.

Masks are not needed in private transportation, at work when not interacting with the public or while exercising so long as a person can maintain social distancing.

Wooten, suggesting how long the COVID-19 pandemic could impact the region, said it may not be safe for people to have gatherings at their homes "until sometime next year," a far cry from the mid-March hopes of flattening the curve and ending the pandemic.

"With the reopenings, people think we can go back to the pre-COVID existence, and we cannot," she said.

A proposal from Faulconer was announced Thursday aimed at creating more outdoor dining and retail space for San Diego businesses, which he says will help make up for revenues lost due to indoor restrictions put in place to slow the spread of COVID-19. It would have the city waive fees and fast-track permitting needed to expand businesses outdoors into parking lots, sidewalks and on-street parking spaces.

New testing sites at the Spring Valley Library on Kempton Road and the Mira Mesa Senior Center on Mira Mesa Boulevard have joined nearly a dozen other sites where county residents can get tested for free.

The county launched an interactive website earlier this week that allows residents to find COVID-19 testing locations near them. The website can be found at 211sandiego.org.