The 50-foot mural features Anastasio at the top in an eclipse, which symbolizes the transition from life to that which lies beyond. 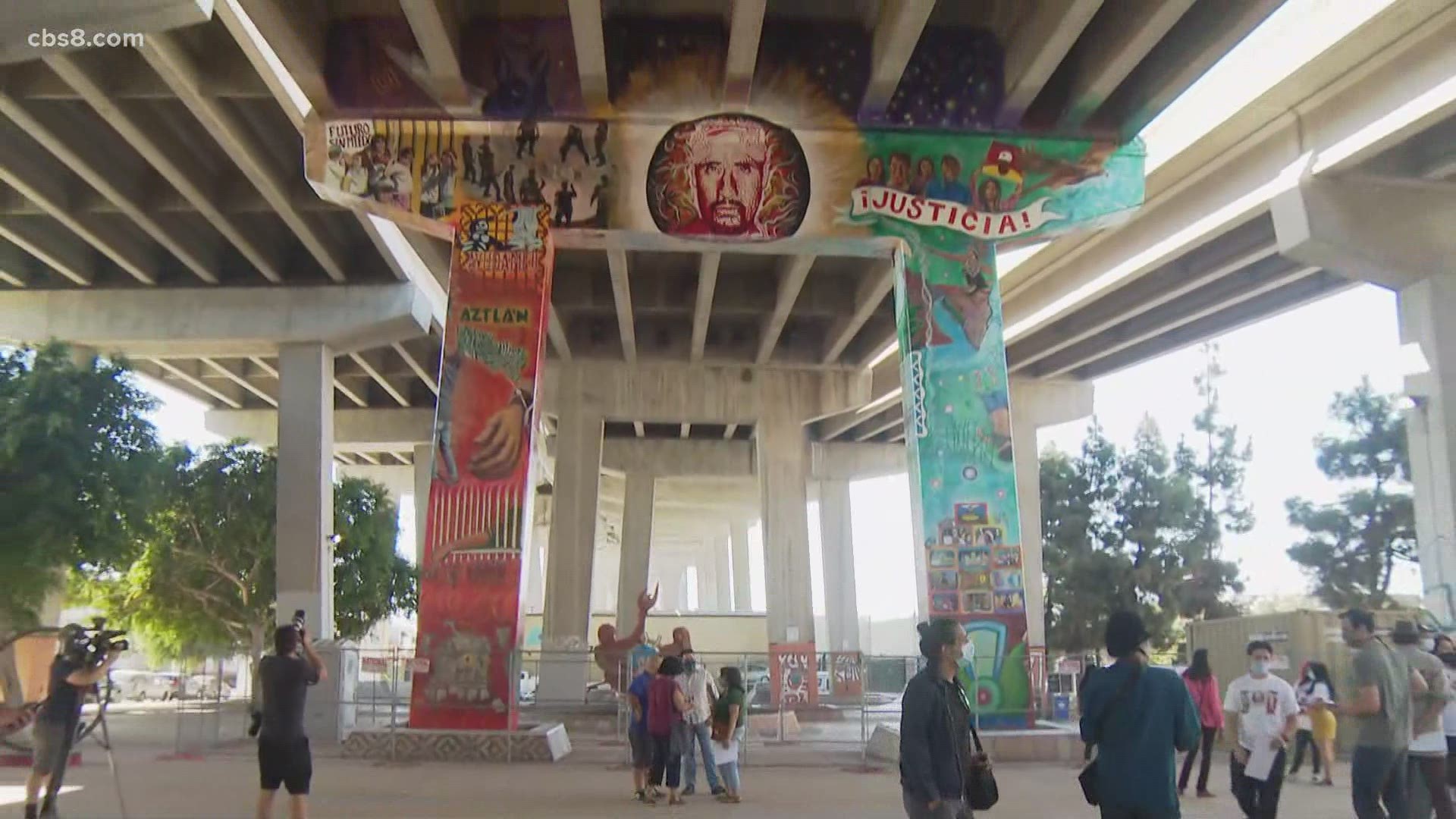 SAN DIEGO — Work has been completed on a large mural in Chicano Park that memorializes Anastasio Hernandez Rojas. Rojas died 10 years ago in Border Patrol custody.

The mural was painted by master muralist Victor Ochoa and a team of community artists. The COVID-19 pandemic delayed the finishing of the mural, but work resumed in May of this year.

The 50-foot mural features Anastasio at the top in an eclipse, which symbolizes the transition from life to that which lies beyond. On the other side is Maria Puga, Anastasio’s widow, and children in the center of the inverted pyramid.

The muralist says the pyramid represents the concept of Mictlan (the underworld). On the left side are several Michoacán Monarch butterflies of migration.

Pedro Rios with the American Friends Service Committee told News 8, “We are here today to recognize his story, but to also reflect on the stories that continue to impact our communities directly.”

The debut of the mural coincides with the celebration of Hispanic Heritage Month in San Diego.