New theory about what happened to the McStay family

It's been three years since a Fallbrook family disappeared without a trace. Joseph McStay, his wife Summer and their two sons have been missing since February 4, 2010. 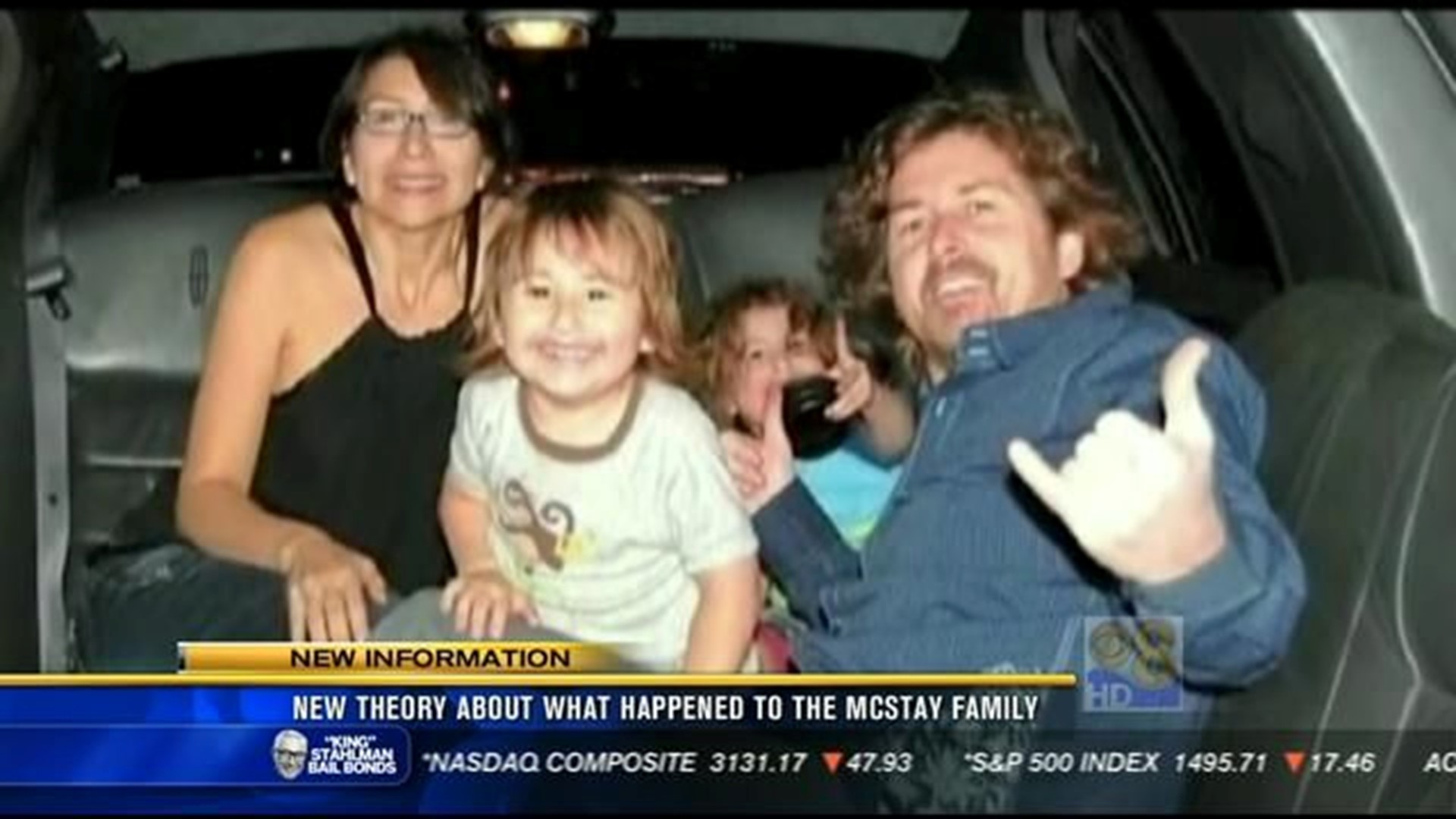 SAN DIEGO (CBS 8) - It's been three years since a Fallbrook family disappeared without a trace. Joseph McStay, his wife Summer and their two sons have been missing since February 4, 2010. An author who has been trying to unravel the mystery for more than two years says he has an idea of what may have happened.

It's a bizarre case that still has more questions than answers -- why would a family pick up and leave, basically disappear, and how have they been able to go three years without anyone finding them?

Rick Baker's new book shows a side of the McStay family we've never seen before.

"I believe that Joseph is dead. I hope I'm wrong, I hope they are living their life somewhere," Baker said.

The Fallbrook family disappeared three years ago Monday, leaving behind their dogs, $100,000 in the bank and no clues as to where they were going, or why.

"It's just strange. It wouldn't be a normal case of people packing up and leaving, since there was very little packing up, if any," Lt. Glenn Gianantonio said.

Gianantonio says despite binders filled with information uncovered in their investigation, the sheriff's department is no closer to finding the family today than when the McStays first disappeared.

"We've probably spent more time investigating this case than any other missing person case in the history of our department," he said.

While authorities have remained tight-lipped about much of what they've uncovered, Baker is telling all, publishing emails that show a volatile side of the McStays' relationship never seen before.

"If I should discover that you have ignored this message and keep digging around I will turn on you," wrote Summer to Joseph in 2007. "I'm so sick of your nosy (expletive). You'd better stop or we're over"

"I must say… this is one of the nastiest e-mails I (have) ever gotten...So foul, I can't believe it came from you," Joseph's email reply said.

"They show a dark side to Summer. Was she capable of harming Joseph or having something done to Joseph? Absolutely. Did she? I don't know," Baker said.

"Angry emails sent some years ago doesn't necessarily mean anything happened because of that," Gianantonio said.

Investigators say they still believe they have video of the McStays heading into Mexico four days after leaving their home. As for where they are now, sightings have come in from all over the world, but none have actually turned up the McStays.

"You know somebody out there knows something that they don't know they know. Hopefully they read the book and go, oh - a light bulb goes on - I know something, and that brings resolution," Baker said.

Baker says he is donating all of the book's profits to a search and rescue organization in Houston. He is also offering $25,000 cash to anyone who can lead him to any of the four missing McStay family members.