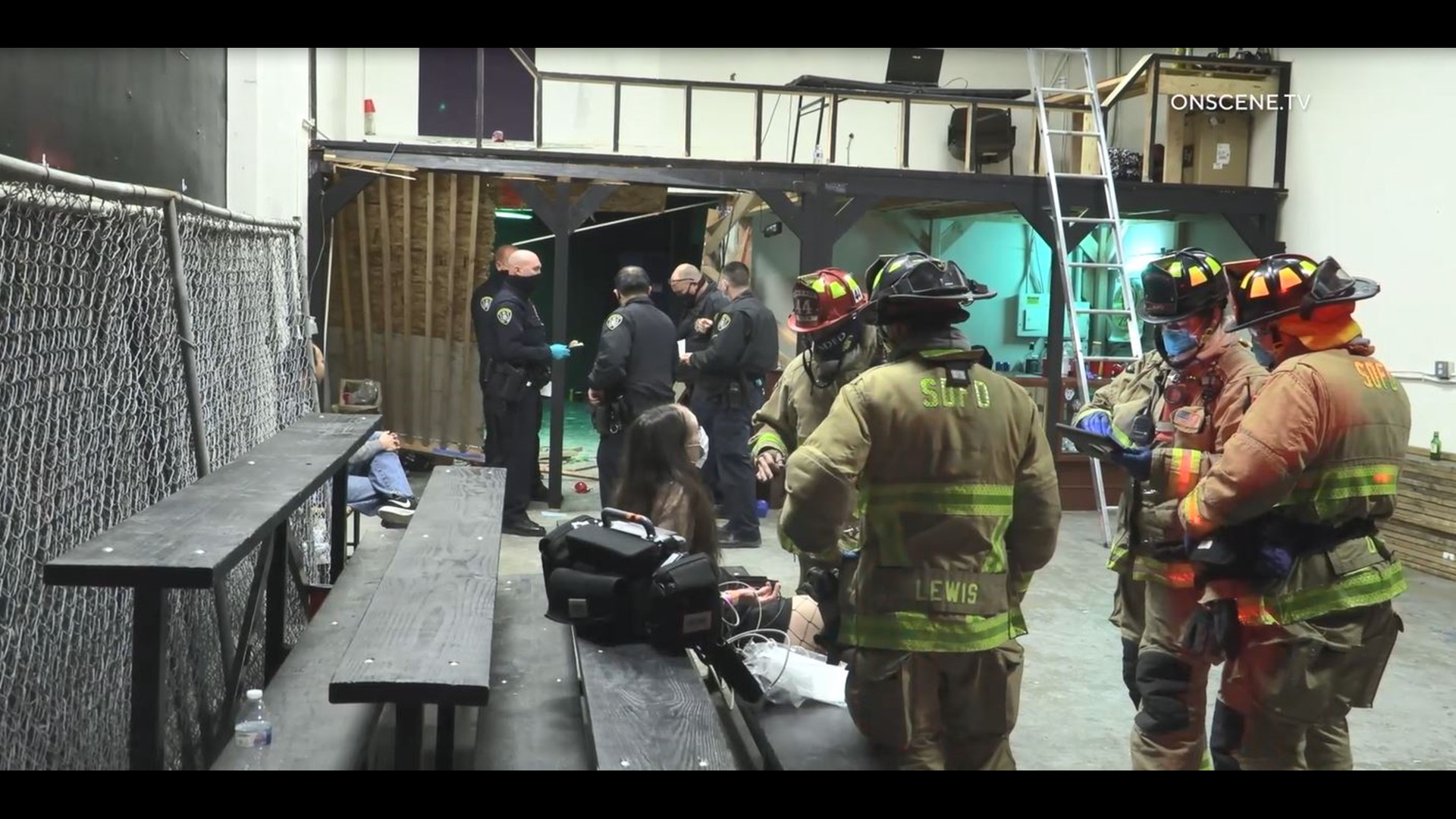 SAN DIEGO — Three people were being treated New Year's Day morning for injuries sustained when a stage collapsed inside a warehouse in Miramar where a New Year's Eve party was being held.

Police responded about 10 p.m. Thursday to the warehouse on Trade Street, near Camino Santa Fe, according to Officer Robert Heims of the San Diego Police Department.

The three people were injured when a stage on an upper floor, that was not up to code, collapsed, according to Battalion Chief Jeff Mitchell of San Diego Fire & Rescue.

Cars sped away from the illegal gathering as paramedics responded to the warehouse after emergency calls to 9-1-1.  The three people were not injured severely, although at least one man with a neck brace was in obvious pain as he was loaded onto a stretcher for transport to a hospital.

A news photographer at the scene said at least 300 people were attending the party and many appeared to be under age and alcohol was being served.

The conditions of the injured persons were not disclosed.

San Diego Police did not issue any citations Thursday night.  No word has been given yet on what charges might be lodged against the orchestrators of the event.