Courtney and Cody Campbell, graduates of Santana High School, had just purchased the home about 5 months ago. 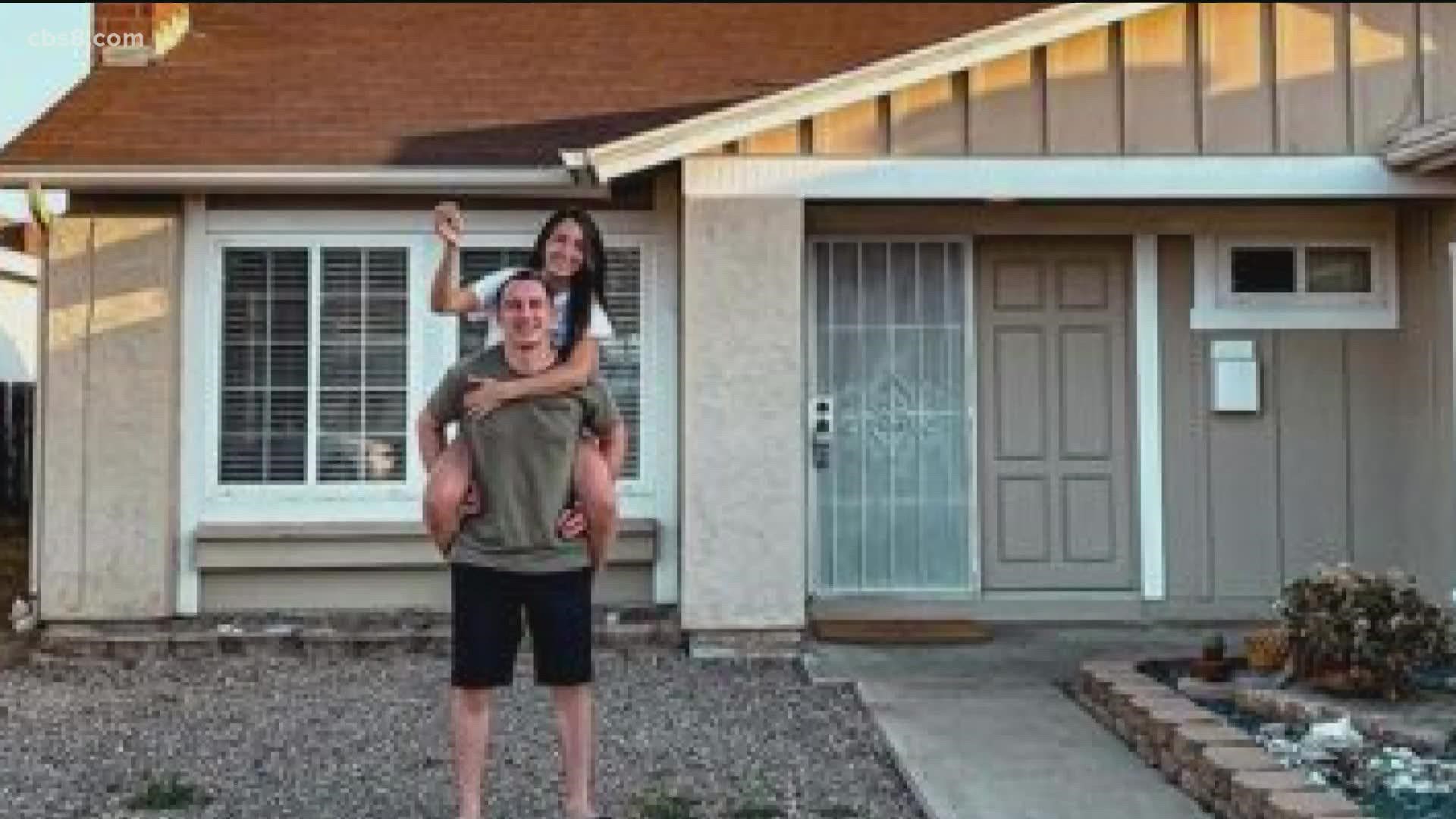 SANTEE, Calif. — A young couple returned to their Santee neighborhood Tuesday to see what was left of their home after a plane crashed into it.

After delaying their dream wedding in 2020 due to Covid-19, Courtney and Cody Campbell, both 30 years old and graduates of Santana High School, had just gotten married on May 2 and closed on purchasing their first home on May 7.

The couple just finished their home remodel one day before a plane crash fire destroyed it all. They couldn’t go inside the next day to survey damage because it was too dangerous. Debris still litters the streets near their house on Greencastle Street. They were both at work at their hospitality jobs at the time of the crash. Their dog Mister had just been picked up by a relative.

Courtney Campbell says despite what happened to their house, they’re grateful for their lives.

“The fact that we’re standing here, and the dog was picked up and that Phil and Maria, our neighbors, were able to get out safely,” she said tearfully.  “My heart goes out to the UPS driver and his family, anybody who lost their life, I can’t imagine.”

The couple is staying with relatives. They met with an insurance adjuster Tuesday morning. They said it could take anywhere from 12 to 18 months before they’re able to determine if they can rebuild their house on the same lot.

A GoFundMe page has been set up to help them.

“There’s no words you can say to someone in a moment like this,” said Courtney. “We hear you all, we’re super thankful.”

Next door to the Campbell's, Phil and Maria Morris are both retired and were inside their home when a plane hit.

“They were watching TV, and the plane hit the front of the house, and next thing you know, it fire-balled through the window they were sitting in front of,” said the couple’s son James Slaff-Gruel.

James says he's grateful for the Santee neighbors, who pulled his parents out of their burning home.

“These people just risked everything for people they do not know. It has been a tidal wave of support, everything from gift cards to money and phone calls,” James said.

As both Phil and Maria recover from second and third degree burns on their bodies, James says his mom is heartbroken, they were unable to save their dog Roxie.

"My mom and Phil have to process the fact that Roxie is no longer with them, you know she tried to go back into a burning building to get her dog,” he said.