Bryan Kugler is a producer for News 8 and knew what to look for from stories that have aired in the past. 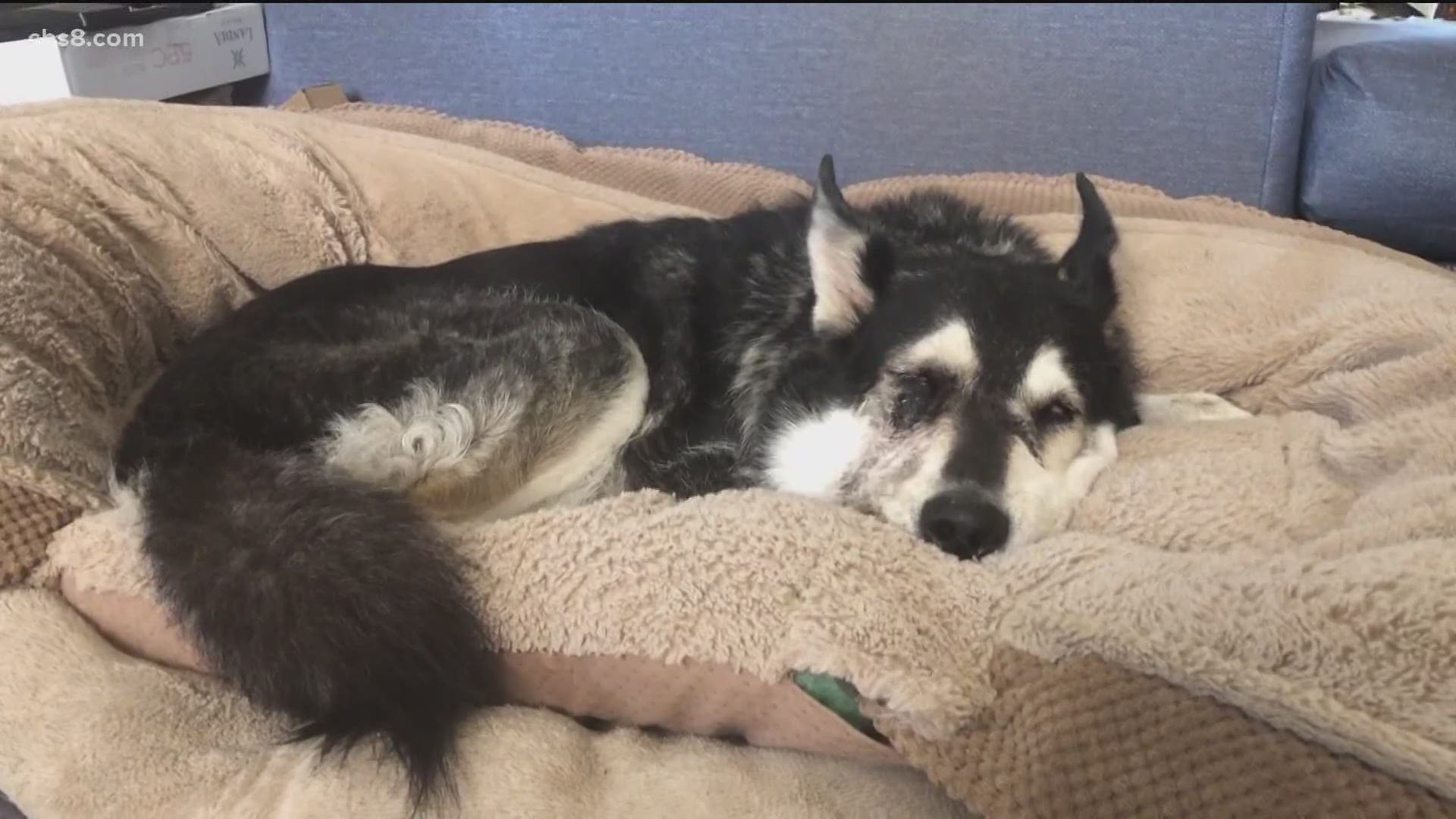 SAN DIEGO COUNTY, Calif. — San Diego is in the middle of summer and at the peak of rattlesnake season. Unfortunately, over the weekend, a co-worker's dog was bitten.

Bryan Kugler is a producer for News 8 and knew what to look for from stories that have aired in the past.

"The information in previous stories, it all came to the forefront Sunday night," he said.

And he knew they had to move fast.

"I saw two streaks of blood running down her face and her head was swollen... signs of a snake bite," Bryan said.

He and his mom rushed their dog Raja to La Mesa Pet Emergency within 20 minutes and after an evaluation the staff was able to administer the antivenin. Then it was time to wait.

"Later that night we got a call she was reacting well and everything looked good," said Bryan.

Raja's bite was not unusual according to Tom Minga, a rattlesnake specialist.

"They're curious about rattlesnakes," he said. "They want to see what it is. So a lot of dogs get bit."

Tom said to prevent rattlesnakes from coming into your yard keep debris to a minimum, remove standing water, and use snake fencing near open spaces.

As far as Raja, she was back home as of Tuesday and on the road to recovery.

"We made her chicken and rice," said Bryan. "She's been sleeping, chilling, and recovering."