News 8’s Marcella Lee emceed the event, and was the recipient of the Cystic Fibrosis Foundation’s Community Champion Award, granted to someone who supports the CF Foundation without a direct familial connection to the disease. 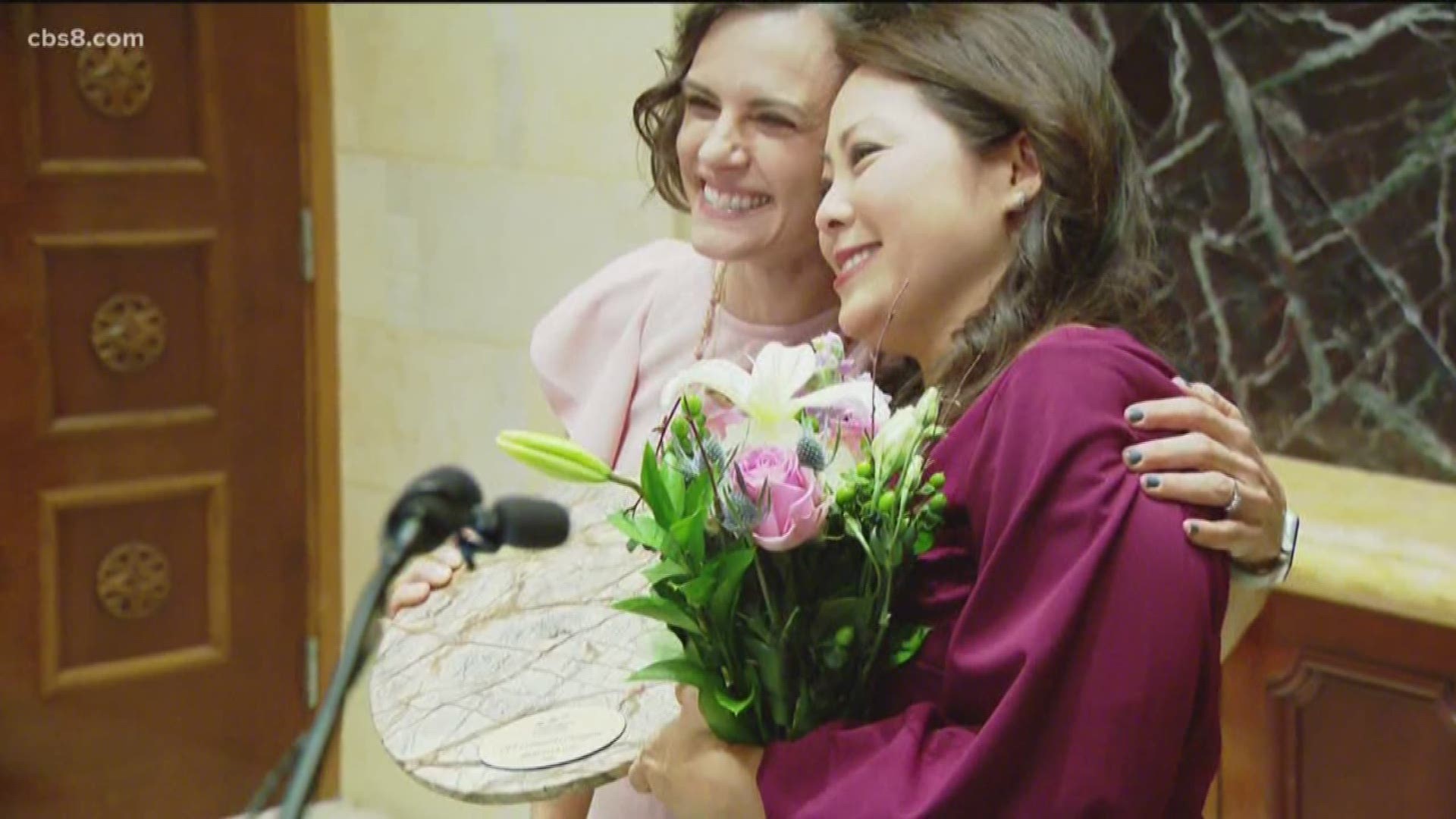 In honor of Mother's Day, the San Diego Chapter of the Cystic Fibrosis Foundation held its annual "65 Roses Ladies Luncheon" on Thursday, May 9, 2019.

The title “65 Roses” is in honor of a little boy, who years ago, thought that's how his disease was pronounced.

The beautiful phrase to describe the scary lung disease has been used by kids with CF ever since. CF affects the way the body’s cells processes salt, and can ultimately lead to poor lung function and early death.

The median life expectancy, once less than 10 years old, is now 44 years old for those born with the disease today.

News 8’s Marcella Lee emceed the event, and was the recipient of the Cystic Fibrosis Foundation’s Community Champion Award, granted to someone who supports the CF Foundation without a direct familial connection to the disease.

Marcella Lee
Speechless. I am speechless and overwhelmed by being named the recipient of the CFF Community Champion Award. More later but had to share now. My heart is so full. Thank you @sandiegocfmom for the...

Presenter Jennifer Ferguson, mother of two children with CF, said “It is awarded to a person who is an ambassador of kindness and generosity, someone who gifts their time and talent for the CF community.”

Marcella has worked to support efforts to find a cure for the disease.

Jennifer stated, “As soon as Marcella found out that her kids’ classmate had Cystic Fibrosis, she began attending events, volunteering and raising awareness for the foundation.”

Marcella has done a few news stories about the advancements in research being made right here in San Diego.

Her daughter, Mallory Smith, died from complications related to Cystic Fibrosis in 2017, at the age of 25.

Mallory, a Stanford University graduate, kept a journal from the age of 15 until she died. Diane recently published Mallory's journal in a book entitled “Salt in my Soul: An Unfinished Life.”

Diane said of her daughter, “She would never have shared this publicly during her life, but what she wanted was for me to edit through the pages and pull out the parts that would embarrass or hurt anybody, and include the parts that would help others struggling with the disease.”

Diane and her husband are now pushing for more research in phage therapy, which she says has shown to be successful in treating bacterial infections that are resistant to antibiotics.

The hope is that one day, CF stands for Cure Found.